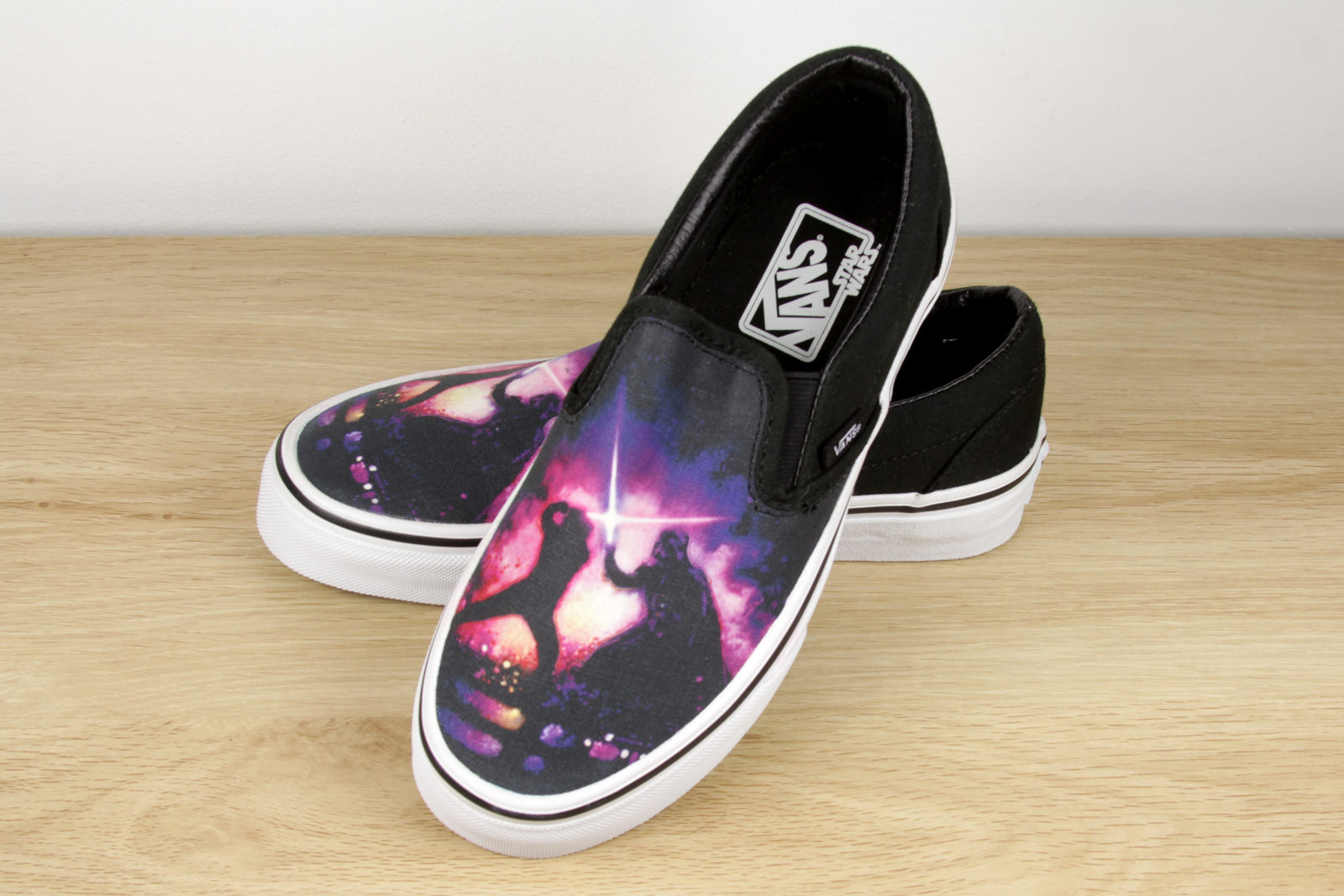 I was very saddened to hear that Vans founder Paul Van Doren had passed away. It is always sad to hear when a designer has died, but it has additional meaning when you own and love something from that brand. For me, my first pair of Vans shoes were from the Star Wars collection launched back in 2014 – before I started this blog, so they were instrumental in starting me on my Star Wars fashion journey to where I am today.

I remember when the Vans x Star Wars collaboration was announced back in April 2014. Star Wars footwear was not common back then, and even though I’m more of a high heel girl, I knew I had to get a pair. The range was even stocked locally here in New Zealand, which is still quite rare for big-name brand Star Wars collab collections. I am a big supporter of any brand that includes international fans with their product availability.

My family is full of skateboarders (not myself though, I’m very uncoordinated…) so I’ve always been aware of the Vans brand. Imported American apparel brands tend to be more expensive in New Zealand, so you were quite trendy if you had real Vans shoes at school.

At the time of the Vans x Star Wars launch, we were saving up for a big international family trip to Celebration Anaheim and Disneyland, so I could only really justify getting my favourite design from the range. I wish I could have bought more, but these are a very special addition to my Star Wars footwear collection.

In March 2015 I reviewed my pair of Star Wars Vans. Back then, my Star Wars fashion reviews were not quite as in-depth as I prefer to do now, so in honor of Paul Van Doren I wanted to take updated photos to show my appreciation for his legacy in the footwear industry.

These were a retailer exclusive, sold at Journeys – I absolutely love the pink and purple tones of the classic Drew Struzan poster artwork of Luke Skywalker and Darth Vader crossing lightsabers on the Death Star. This artwork appeared on posters for Revenge Of The Jedi as it was called at the time, before being changed to Return Of The Jedi prior to release.

As one of my first pairs of Star Wars shoes, these Vans will always have a special place in my heart. As you can see I haven’t worn them much, as I don’t want to ruin them, as they are a collector’s piece to me. All those years ago, these amazing shoes helped start my Star Wars fashion blog journey, so while they haven’t been on my feet for long, they helped carry me far.

Thank you for your contribution to the world of footwear and Star Wars fashion, Paul Van Doren – Rest In Peace, and May the Force be with you.