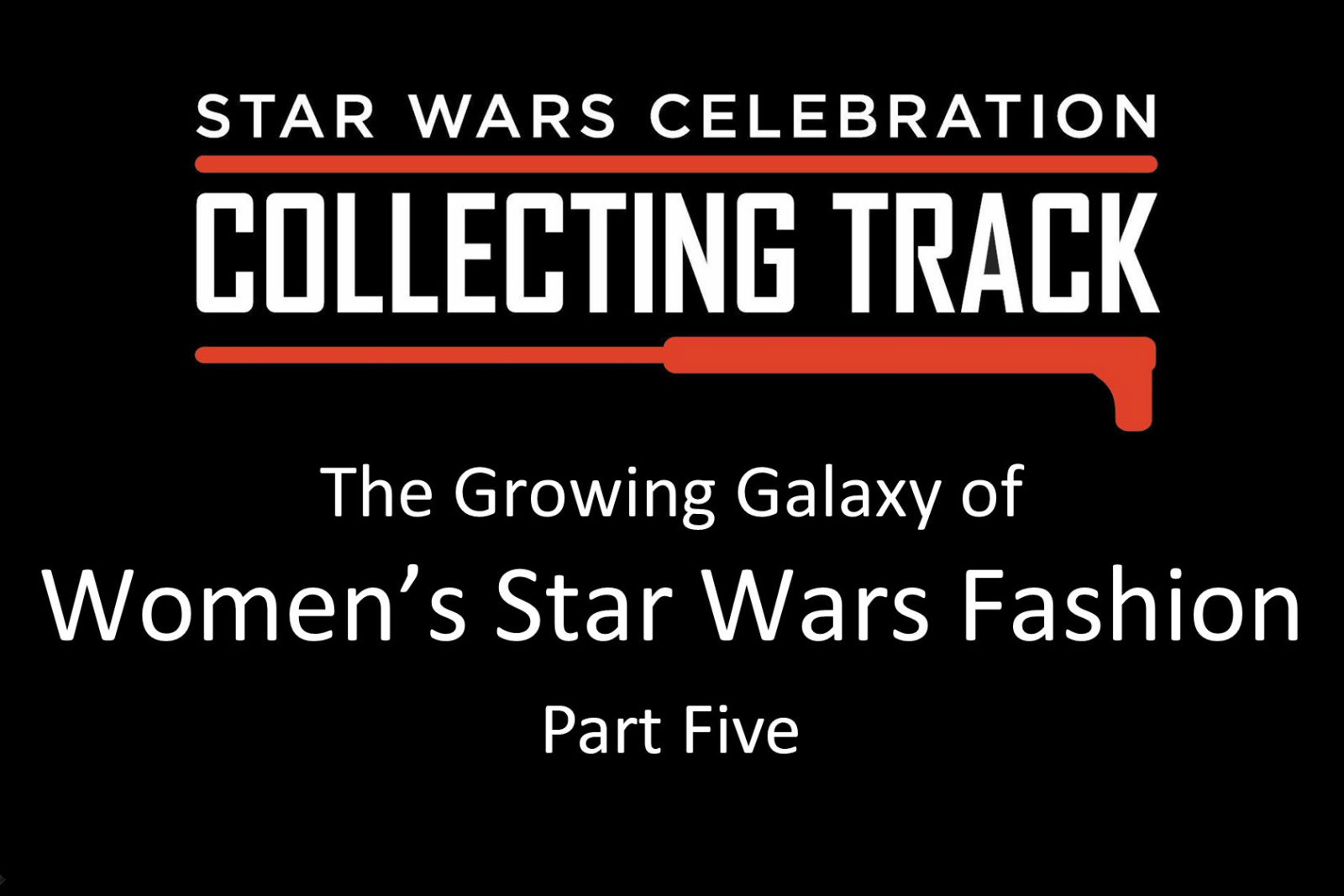 For fans who were not able to attend my Celebration Orlando panel in person, I will be posting the full slideshow and transcript online. Today’s post is part 5 of a 9 part series – stay tuned for a full video of my panel 🙂

You can read the previous panel topic segments here. 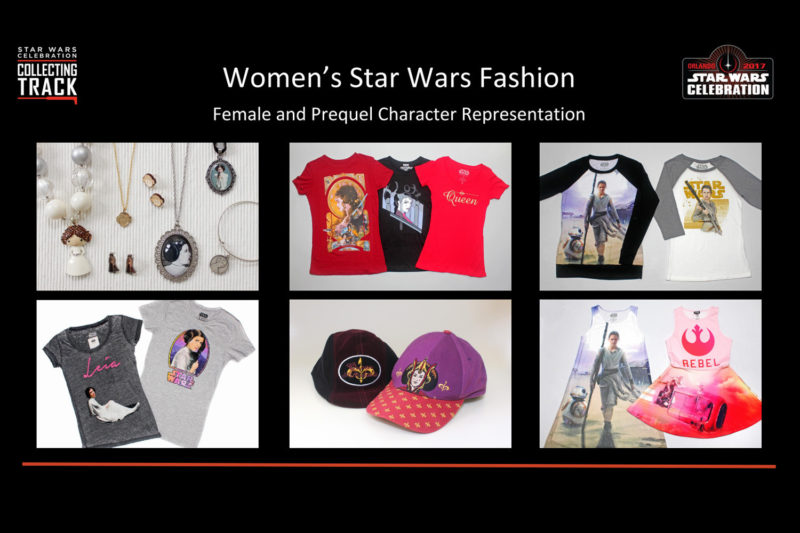 With the rise of the visibility of female fans and the subsequent rise of women Star Wars fashion we are finally seeing more female Star Wars characters represented in Star Wars fashion. This is a passionate topic for me as the strong female characters are a collecting focus for me in both my collectables like action figures, as well as apparel. 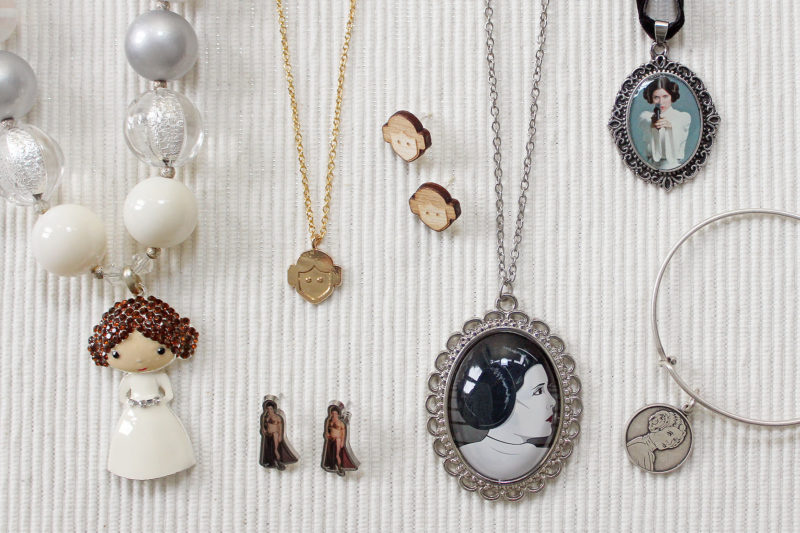 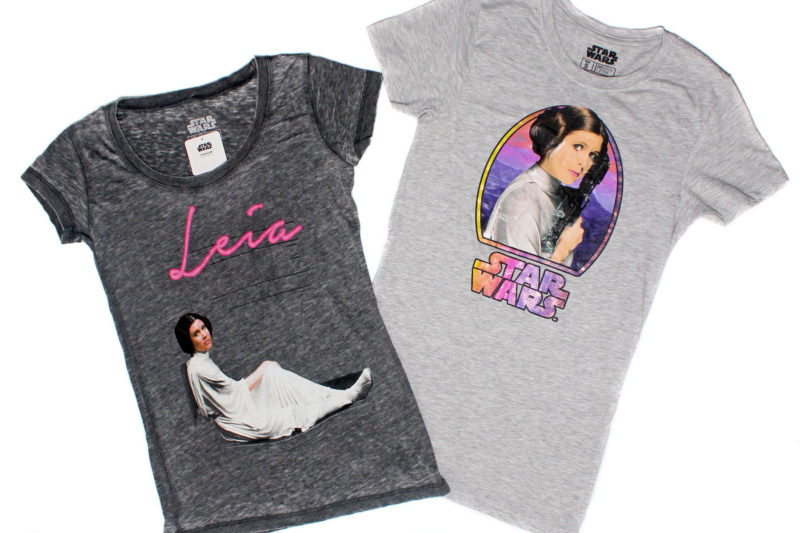 Princess Leia in particular has a special significance for me. She was our original princess and I had the pleasure of meeting Carrie a number of times over the years. Wearing Princess Leia themed jewelry is that little reminder of the strength and influence of that amazing character, and the incredible woman who played her. I always try to collect up jewelry and apparel that features solely Leia, rather than in a group – she deserves to be celebrated. 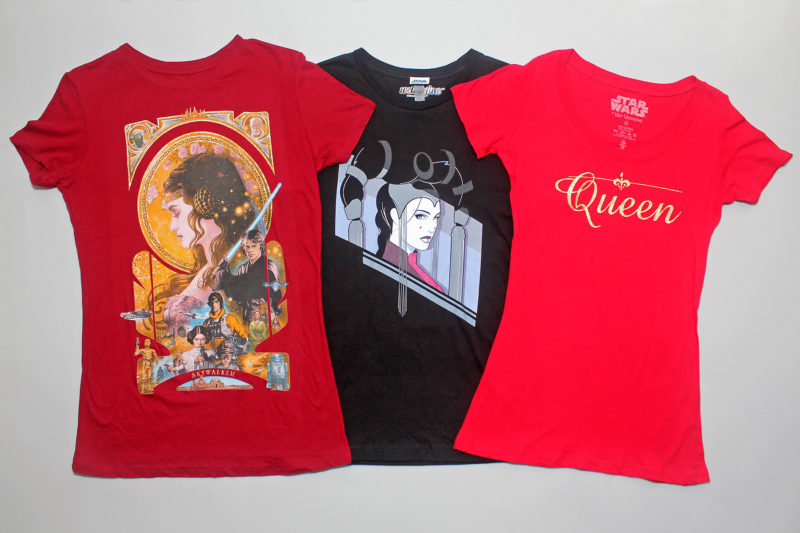 One aspect of women styles fashion that I still find lacking is the range of Padme’ Amidala- themed apparel. There has been very little over the years since Episode 1 and it is unfortunate to see such a major character be continually overlooked for a women’s range.

I am happy that the majority of Padme’ Amidala apparel has been made by Her Universe, but I do wish there was more. She is in three films, with so many amazing costumes, there is so much potential for apparel, both printed and costume inspired, and I really hope companies overcome their hesitation about creating prequel-themed items. Even Darth Mail and Qui-Gon get overlooked, despite their great roles in the Star Wars saga. 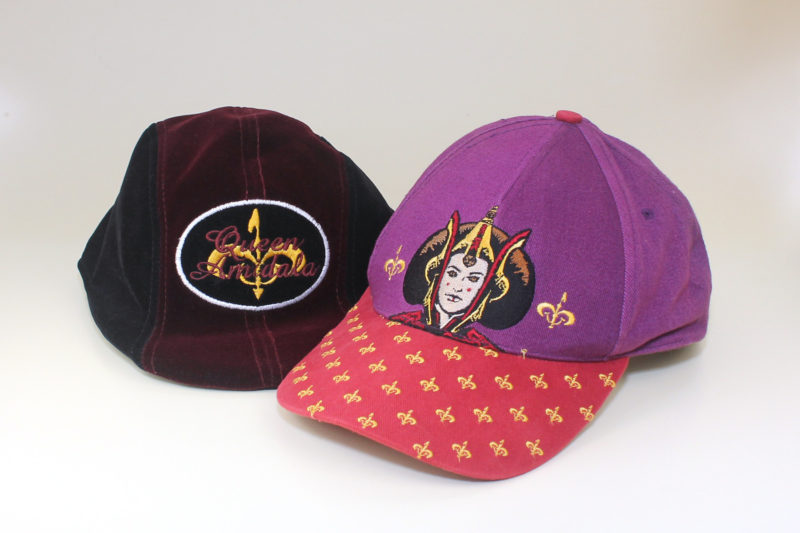 It is a shame that much Amidala themed fashion came from the original 1999 release, with very little else since then. The older items can be hard to find these days, when it should be easily available like other major character themed apparel. I am still trying to track down some pieces from that era on eBay, like these Queen Amidala hats from Canada. I have written a whole mini essay about Queen Amidala, her connection to fashion, and her role to female Star Wars fans so I won’t get into that in much detail here (check it out here).

As a costumer, the Naboo symbol has a strong significance for me, as the symbol of a royal house that is, as we see on film, led by young strong women. This would be perfect to use as a symbol on apparel alongside the commonly used Imperial cogs and Rebel bird symbols.

From Queen Amidala herself to her handmaidens and other Naboo queens I really wish there was more fashion with a Naboo symbol on it to represent all of these amazing female characters in the Star Wars universe. It is the perfect subtle Star Wars design as well, only recognized by fans, but a pretty fleur-de-lis style icon to anyone else. I know I’m not the only one who would like to feel as elegant as a Naboo queen from time to time. 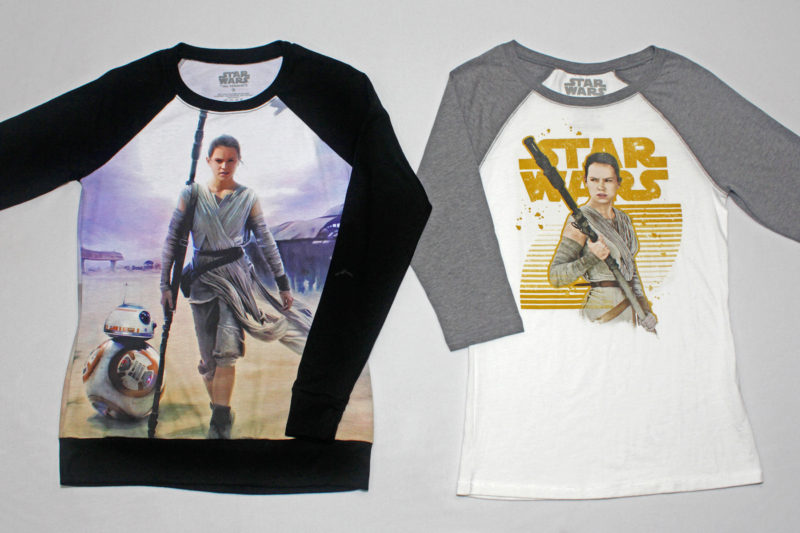 It was of course fantastic to see the new lead female character Rey being so well represented in fashion. It has shown that female character themed fashion is popular, that we don’t need to rely on the traditional R2-D2 or Darth Vader. These 2 tops are both by Her Universe – The one on the left was released at Disney Parks while the one on the right was released on the Her Universe website. 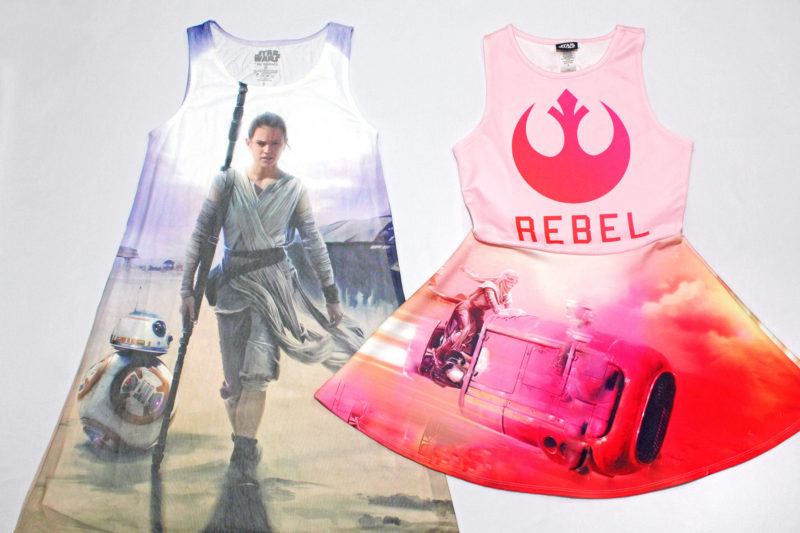 A few companies even released Rey-themed dresses. The long dress is by Her Universe while the short skater pink dress is by Mighty Fine. It should not surprise us to see a lead character featured on such a range of women’s apparel (beyond t-shirts), but after the lack of Padme themed apparel, it did a little. 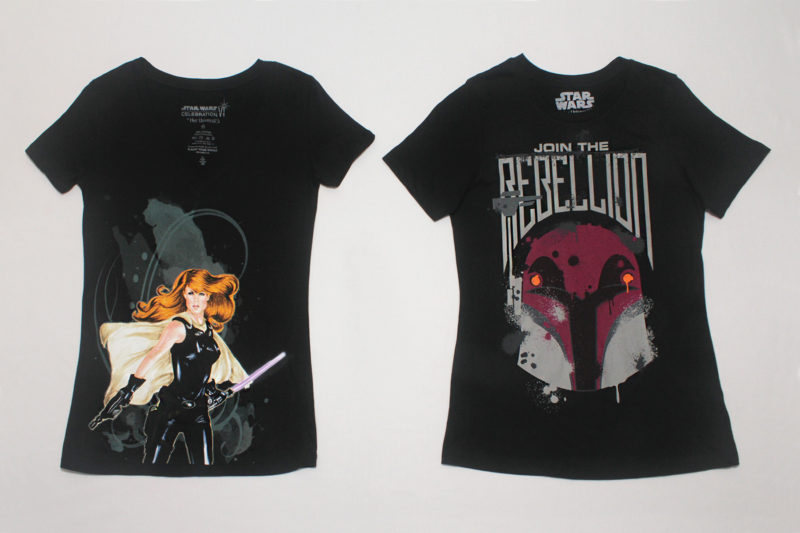 As a fan of many expanded universe stories like the those from comics and video games, I wish that there were more representation of the female characters from the wider Star Wars universe. While many of these stories are now classified as Legends, the characters still live on in the fandom as fan favorites like Mara Jade and Jaina.

It is great to see Her Universe creating apparel themed on the female characters from Rebels, but I wish that they had taken the opportunity to create apparel of other expanded universe characters before the Disney takeover. Who knows, we may yet see this still happen. It is great to see the new female Rebels characters finally getting themed apparel – like this Sabine tee, and the Hera Syndulla tee in the Celebration Orlando store.

To be continued in Part 6: Designer apparel on the fashion runway.