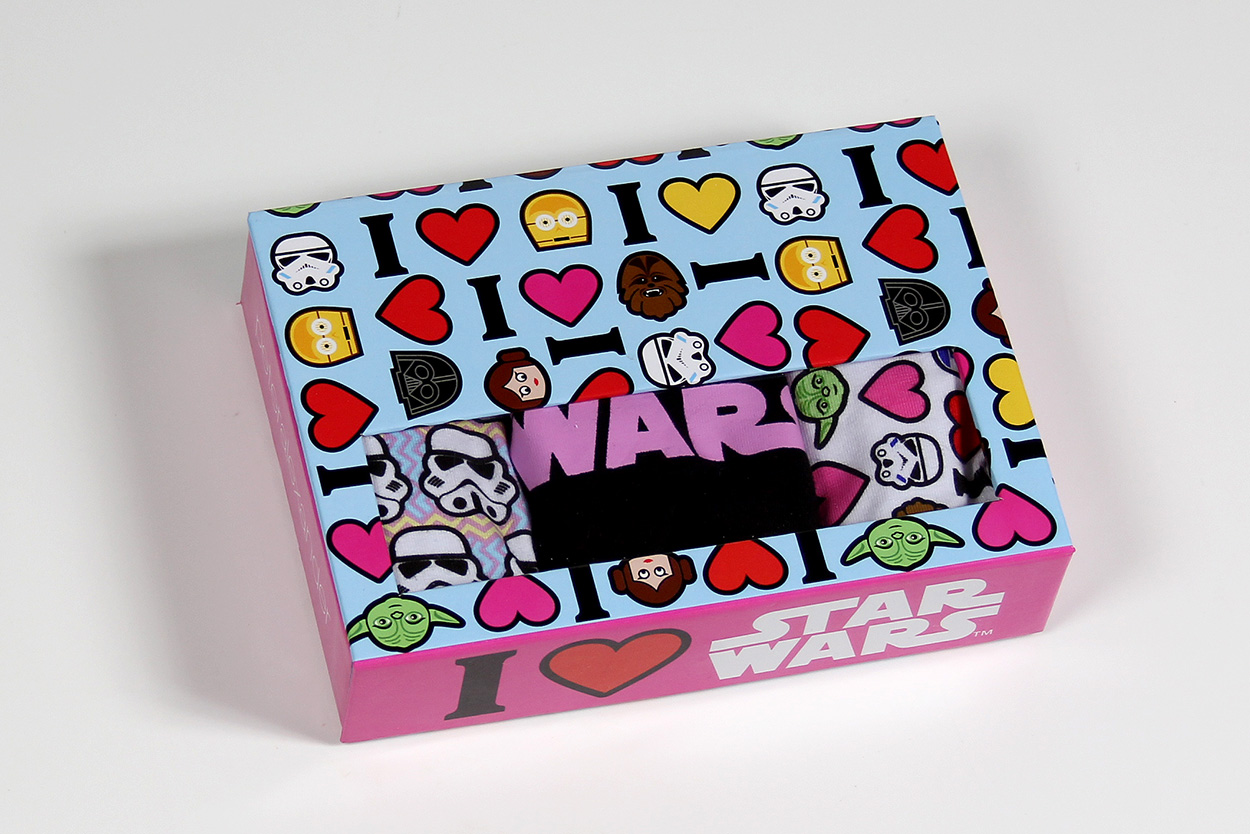 I first heard about the Peter Alexander Star Wars sleepwear collection from a fellow Star Wars collector – and of course rushed out to my local store to check it out for myself. Not being a big pajama wearer myself (shhh…), and having spent a bit in recent on-line shopping, I left the store empty handed. A little while later, I was at the same mall and noticed a sale sign in their window, so peeked in to see if they still had some of the Star Wars collection. A smaller selection was still there, and on sale! After a while trying to decide, I chose to buy the boxed 3-pack set of Star Wars women’s underwear. The original price was NZ$59.99, but the 20% off sale brought it down to NZ$47.99 (working out at approx NZ$16 each, not bad for licensed designer underwear). 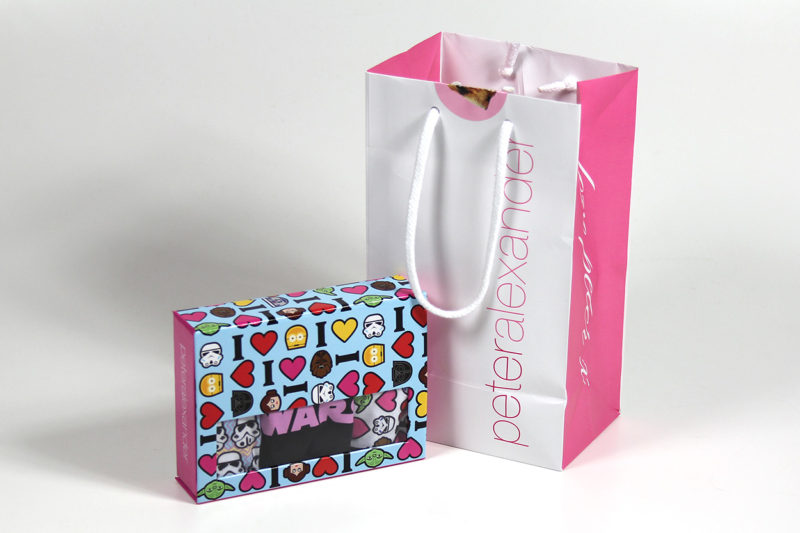 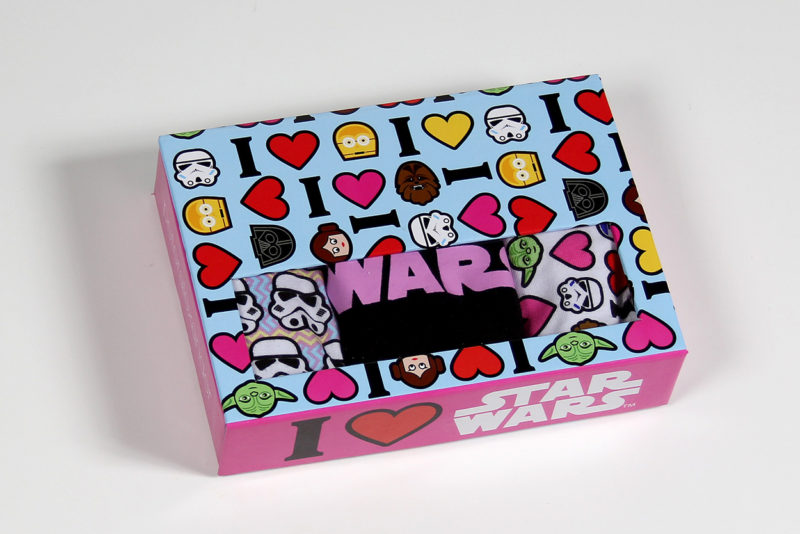 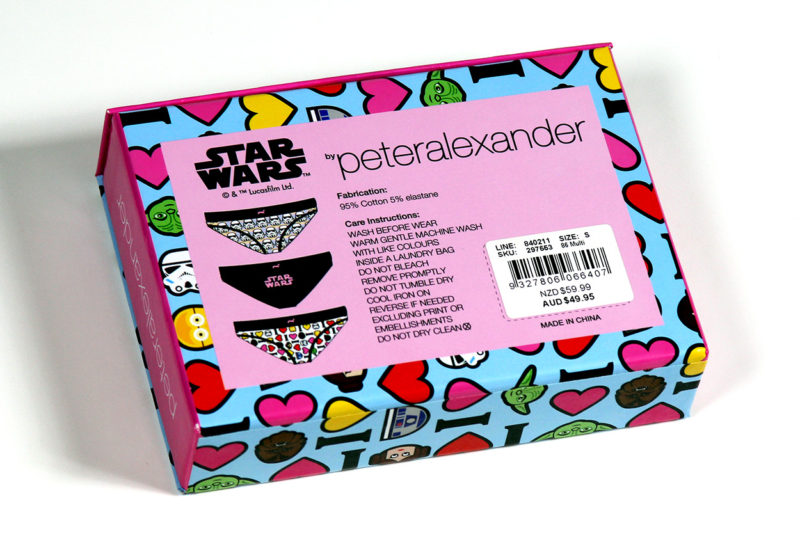 They came in a sturdy cardboard window box that closes with a magnet, very cool in itself. The 3-pack includes three different designs – stormtroopers, black with pink Star Wars logo, and ‘I ♥ SW’ with character faces (which is also featured on the box). Each pair is folded with tissue paper and packaged to show the design through the box window – the briefs are also pictured on the bottom of the box with care instructions. The waistbands on all three is a wide black elastic featuring the ‘Peter Alexander’ logo in pink text. The fabric is 95% cotton, 5% elastane – the two patterned ones may last longer with wear, as the black pair’s pink logo is printed on, and may crack a little over a time if stretched more than intended. The black pair only has the logo on the front, just plain black on the back.

The store had briefs on display so I could see the product properly prior to purchase, without having to take any out of their carefully packaged boxes. I am very happy with my Star Wars Peter Alexander underwear, and even though it doesn’t get seen with outfits, it’s fun knowing I’m wearing Star Wars under my clothes too. 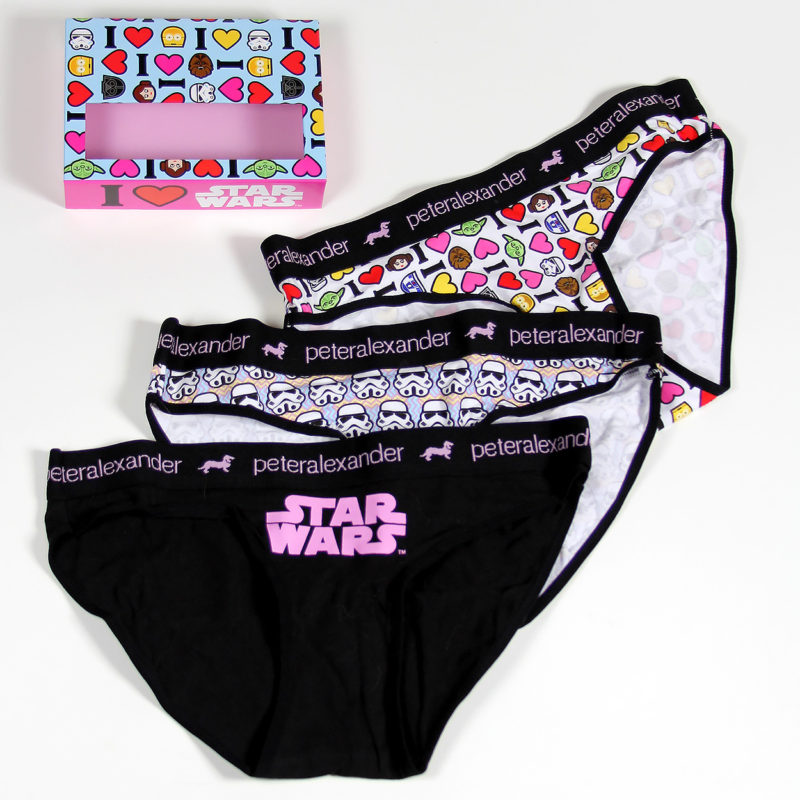