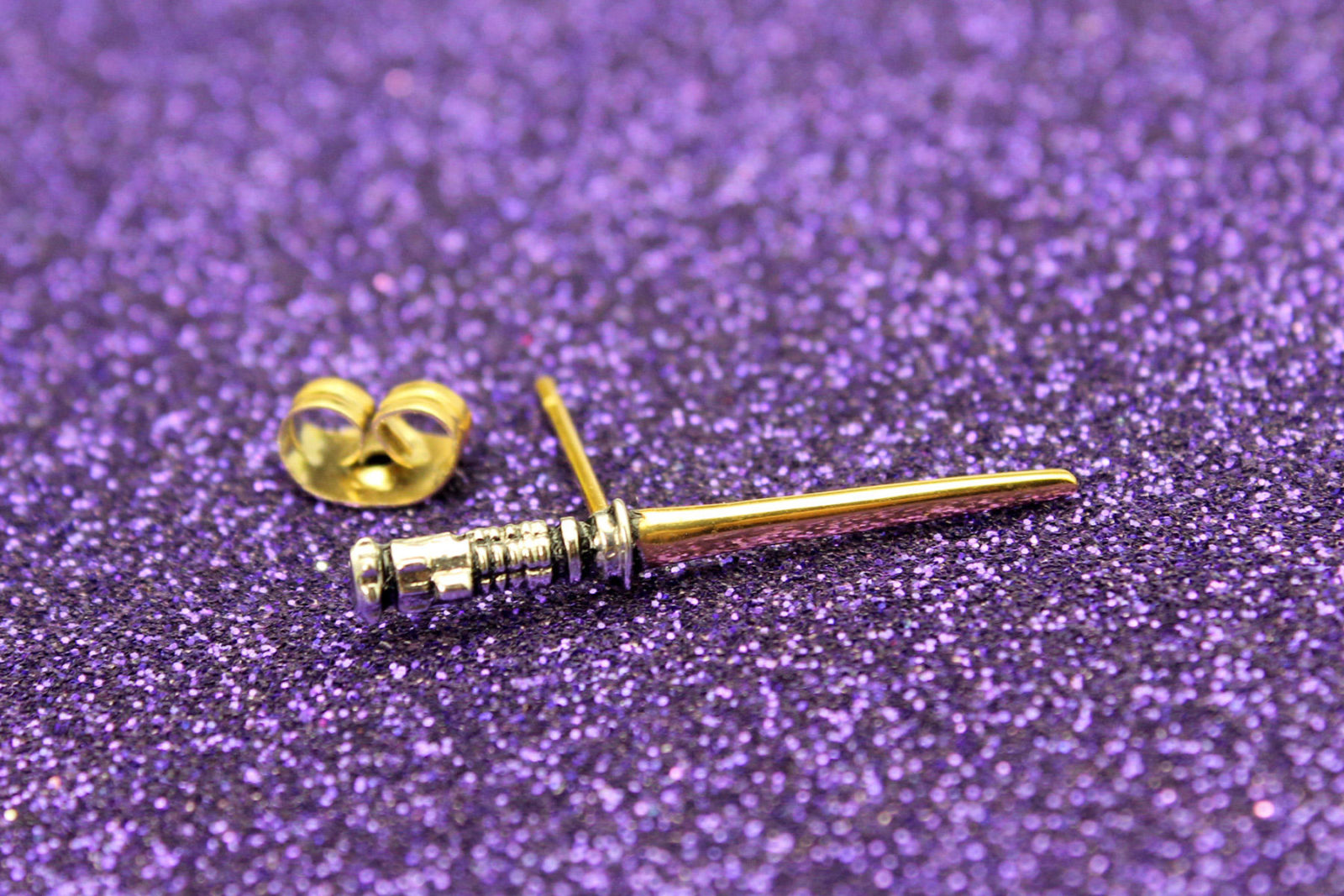 Every now and again you come across a Star Wars fashion item that feels like it was designed just for you. I’m a huge fan of Star Wars accessories, lightsabers and Han Cholo jewelry – so when Han Cholo released these lightsaber stud earrings, it wasn’t a question of want, I *needed* them. Initially released as a sterling silver design in September last year, they were soon after available in the lower price point ‘Shadow Series, made from stainless steel. 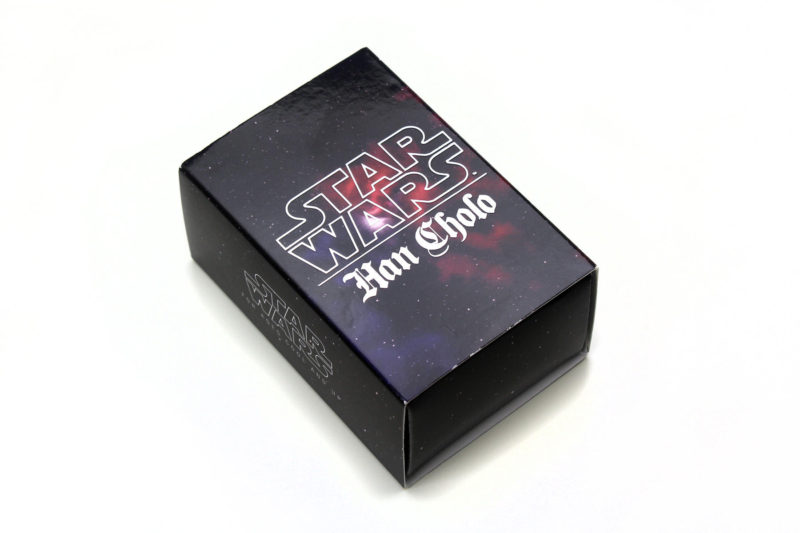 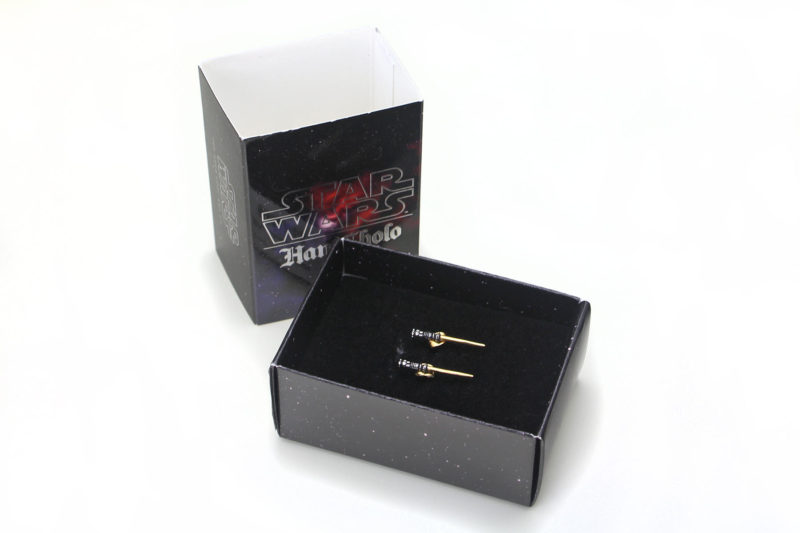 The lightsaber stud earrings come packaged in a ‘drawer-style’ black gift box, which features an all-over starry sky background, with the Star Wars and Han Cholo logos embossed in silver on the front. The back of the box has smaller logos printed in white, this time with website addresses, together with the Disney logo and the text ‘For Ages Cool And Up’. The earrings sit on a foam square inside the box (the foam has a black velvet top layer), with the earring posts inserted into a slit in the foam to keep them in place. 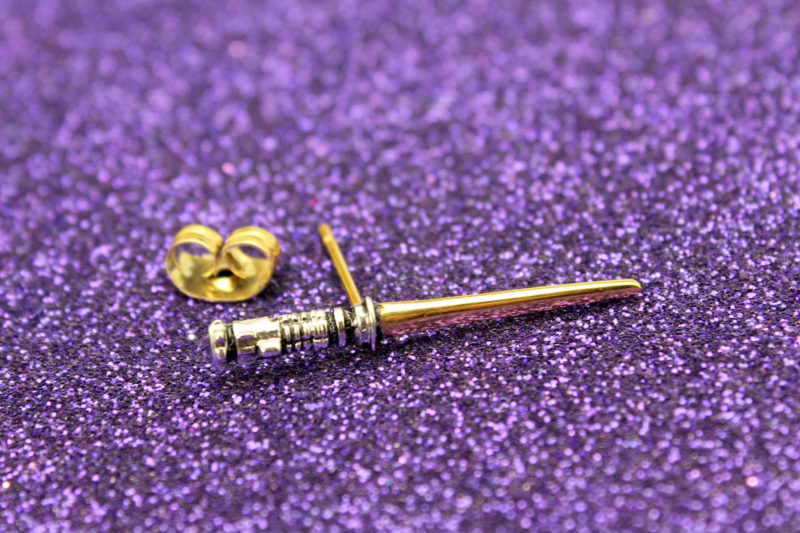 The lightsaber stud earrings feature Obi-Wan Kenobi’s lightsaber, as seen in the original trilogy. Part of the Han Cholo’s ‘Shadow Series’ of Star Wars jewelry, these earrings are made from stainless steel, which have gold plating on the blade. The two-tone effect really highlights the lightsaber sculpt, while still keeping a classic jewelry look of precious metal color tones. The hilt section has black antiquing to highlight the details, which really helps on an item of this small size.

I notice the Entertainment Earth website describes these as Luke Skywalker’s lightsaber – while Luke’s lightsaber from ‘Return of the Jedi’ is very similar, these earrings clearly show the ‘grenade’ pattern of Obi-Wan’s, rather than the ‘rings’ seen on Luke’s lightsaber. 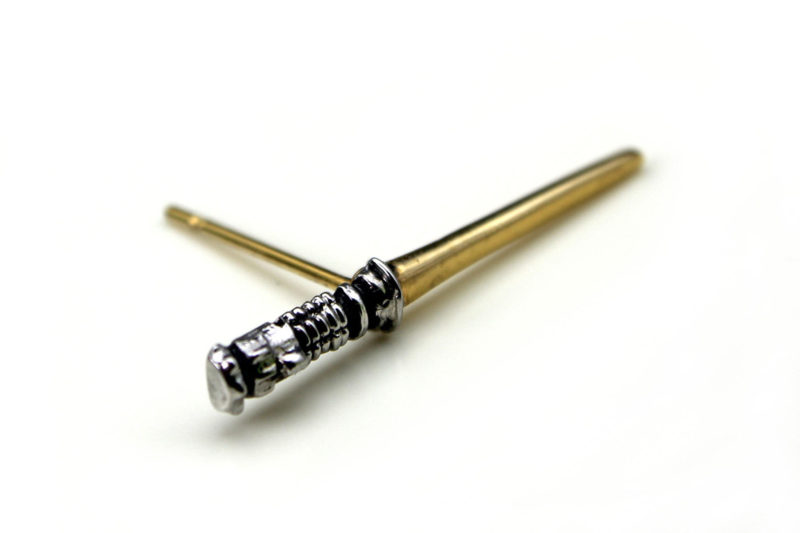 These earrings use ‘butterfly’ style earring backs, which are by far my favourite stud earring style. The posts have a ‘notch’ near the end, which helps prevent the backing from sliding off, which makes them very secure to wear. I have no fear of these earrings coming out while wearing, which is rather important for stud earrings. The earrings measure approximately 25mm in length, and the back of each stud earring is stamped with ‘(c)’ LFL’, noting these are licensed items. As with the other lightsaber jewelry items from Han Cholo, these earrings are flat-backed, rather than round, so they sit nicely on your ear.

The earring posts are attached at the emitter end of the hilt, rather than at the top end, which is an interesting choice – this means the lightsaber hilt sits higher on your ear lobe when worn, rather than hanging completely. They are more ‘on ear’ stud earrings, even though the blade does hang down. As with other lightsaber jewelry items, the blade is shorter for the scale of the hilt, but the length is appropriate for small earrings. The end of the blade is pointed, but the tip is rounded and not sharp. 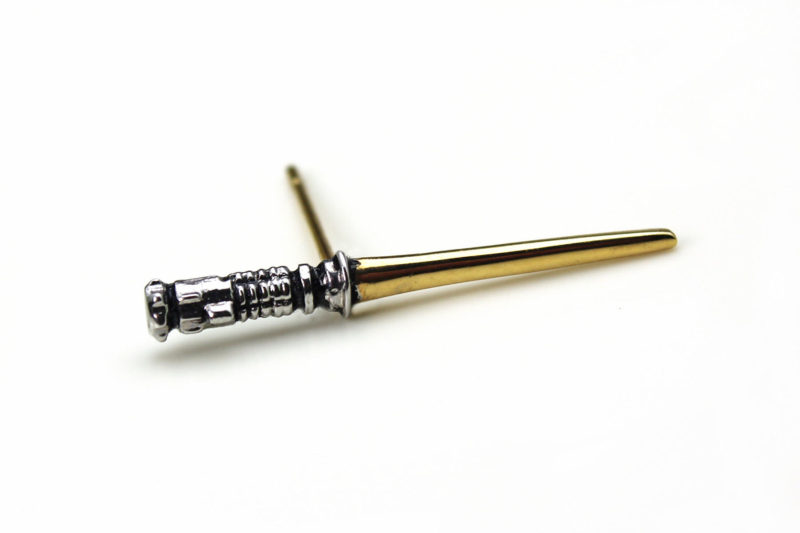 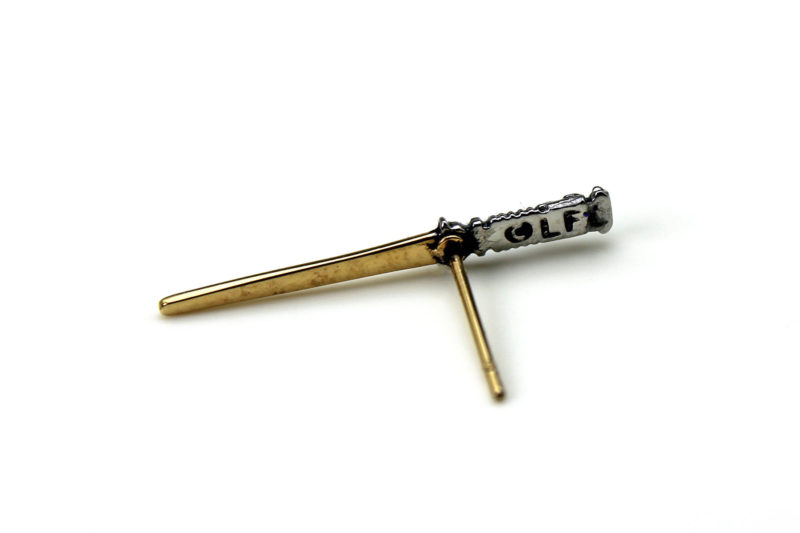 The Han Cholo lightsaber cuff and lightsaber ring are amongst my all-time favorite Star Wars jewelry items in my collection, so I’m very excited to add these earrings to the set. All three of these item are made from stainless steel, with gold plated blades – the ring and earrings feature Obi-Wan Kenobi’s lightsaber (original trilogy version), while the cuff features Darth Vader’s lightsaber. I would love to see Han Cholo make an Obi-Wan lightsaber cuff, so I can wear a completely jedi-themed jewelry set, but they do have the Obi-Wan lightsaber necklace, which is on my wishlist! 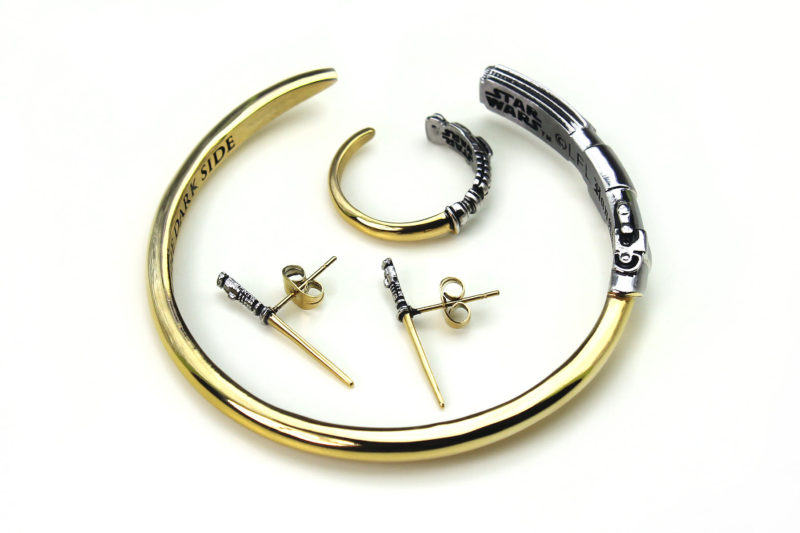