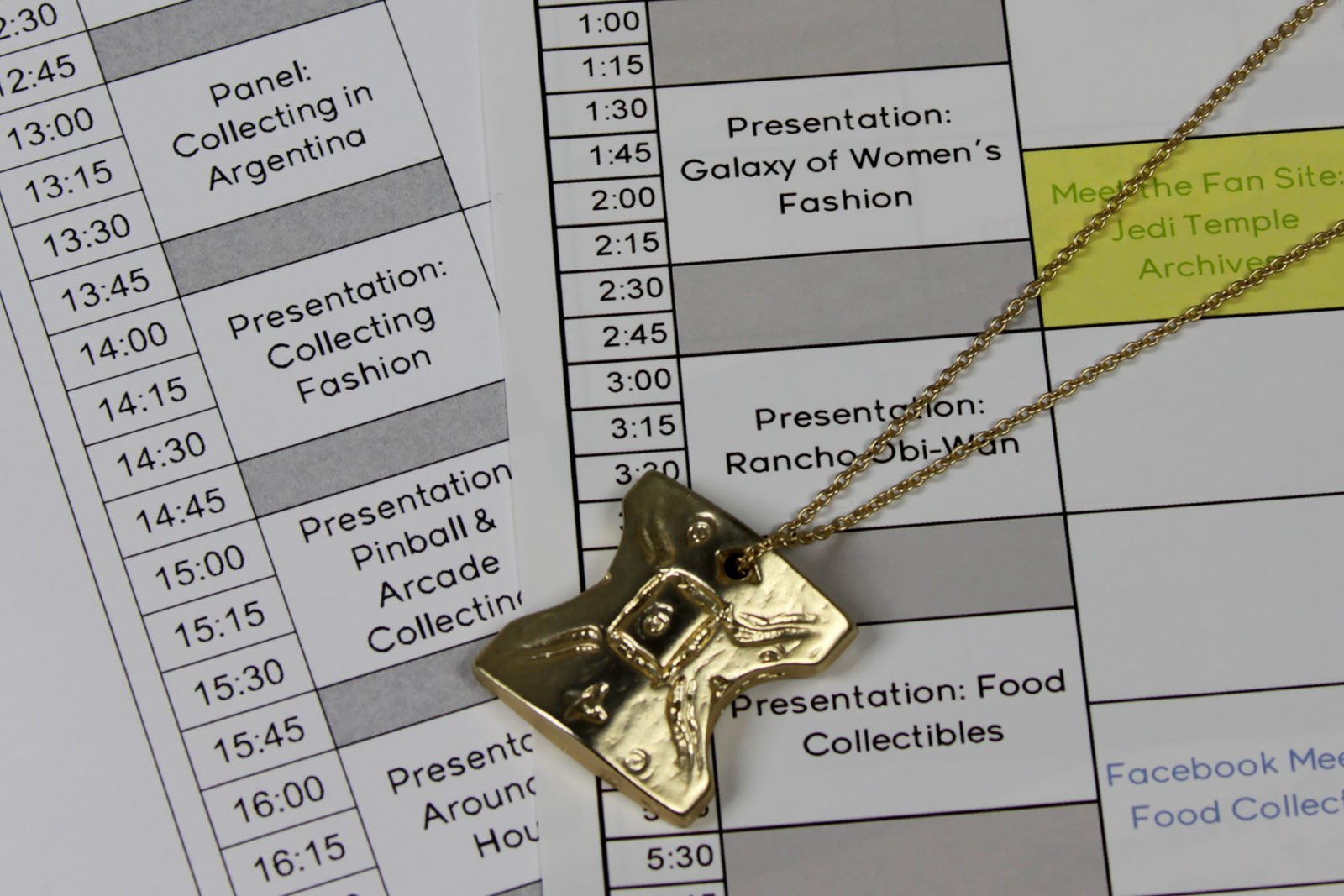 At the start of the year, I was well underway planning my third Star Wars fashion panel for Star Wars Celebration Anaheim 2020. But like everyone else in the world, my plans for this year have changed quite a lot. My husband is a doctor, my daughter is an essential worker, and I dealt with a serious medical condition, so we’ve had a stressful year. We were really looking forward to our family trip to Celebration, but as the weeks progressed, we knew it wasn’t to be.

So instead of celebrating Star Wars and Star Wars fashion at Celebration Anaheim this weekend, I’ll be sharing my love of Star Wars here on the blog, with a look back at some of my highlights from the events over the years – including my two panels.

I have had the honor of presenting Star Wars fashion panels on the prestigious Collecting Track stage at two Star Wars Celebration conventions – Orlando 2017 and Chicago 2019. Seeing my name alongside such collecting legends like Steve Sansweet, Gus Lopez, and Brandon Alinger was a dream come true! I’ve been involved in the local and international collecting community for over 18 years, alongside my husband who first started collecting in 1977. Together, we have a house full of Star Wars and we love it – “living the Star Wars life” as we say.

I am a pretty shy person, so getting up in front of a packed convention room was pretty daunting, but Star Wars fashion is a topic I am so passionate about. Get me going, and I can talk for hours on the subject – it was rather hard to narrow down the topics I wanted to cover in just a one-hour panel!

I have been collecting Star Wars fashion since 2002 – making my own designs, buying from the old StarWarsShop.com (I miss that website!), and tracking down random finds on eBay and even sometimes here in NZ. I still have my old faithful Attack Of The Clones t-shirt I found in the local boy’s clothing department, and a women’s The Phantom Menace Padme’ Amidala t-shirt I scored second hand – I wore that t-shirt until it had holes in it.

I’m pretty sentimental about the Star Wars Celebration conventions – in 2005 I attended Celebration III with my boyfriend Matt. In 2007, I attended Celebration IV with Matt – it was our honeymoon! We found each other through Star Wars, so of course our engagement, wedding, and honeymoon had to involve Star Wars too. Our first Valentine’s Day together, Matt gave me one of my first pieces of Star Wars jewelry – a japor snippet he carved from wood. Star Wars fashion has been an important part of my life for nearly twenty years.

Over the weekend, I’ll be sharing heaps of photos and stories from Star Wars Celebration conventions over the years, with lots of great fashion finds and memories 🙂