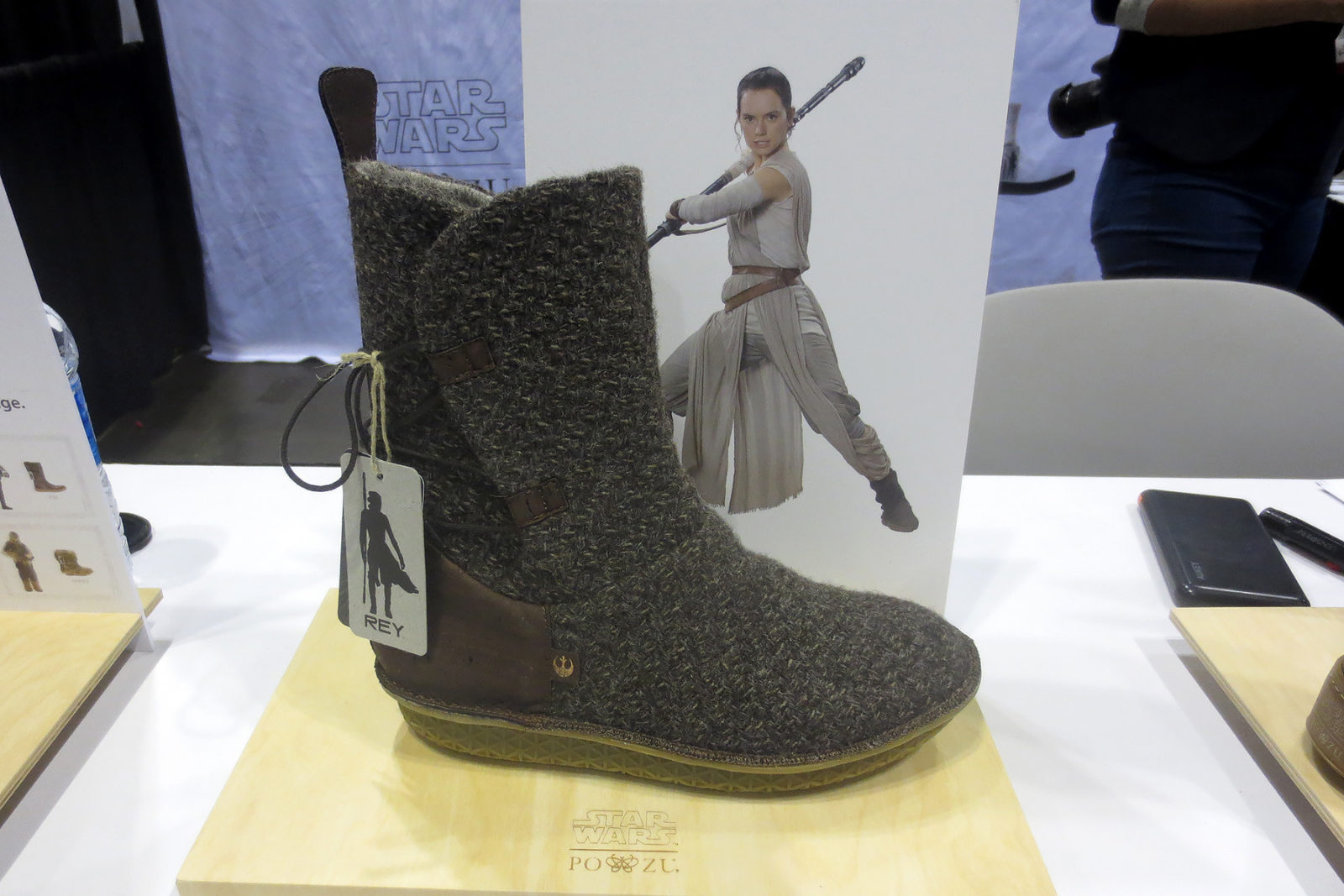 One of the highlights of the dealer hall was the Po-Zu Footwear booth. This was the first time the Po-Zu x Star Wars collection was available to view by the public, having been first revealed at a recent press event in London. The Po-Zu booth had 7 shoes on display – one for each of the new styles in the upcoming collection (while the Finn boot is available in 3 colours, only the black version was on display).

To celebrate ‘May The 4th’, the collection launches online tonight (London time) – check out the countdown clock here. This is just for pre-orders, as the collection will be available in August. 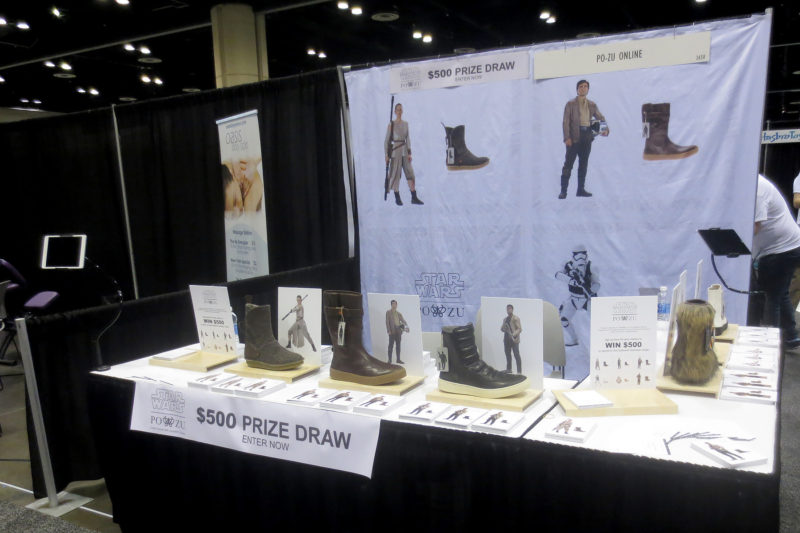 My favourite is of course the Rey boot. Matching the original Piper V Dark Brown style (as worn by Daisy Ridley as Rey in The Force Awakens) in most aspects, the licensed version has a small Resistance ‘starbird’ symbol tag instead of the green Po-Zu ‘butterfly’ logo, and the sole pattern is different (‘V’s instead of the original butterfly pattern). Even though I own the original version (you can check out my review here), I would love to be able to add this new version to my collection! 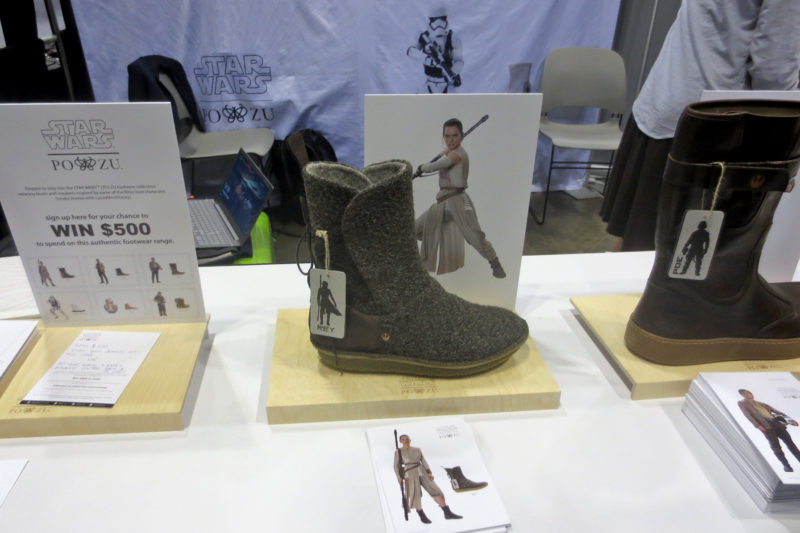 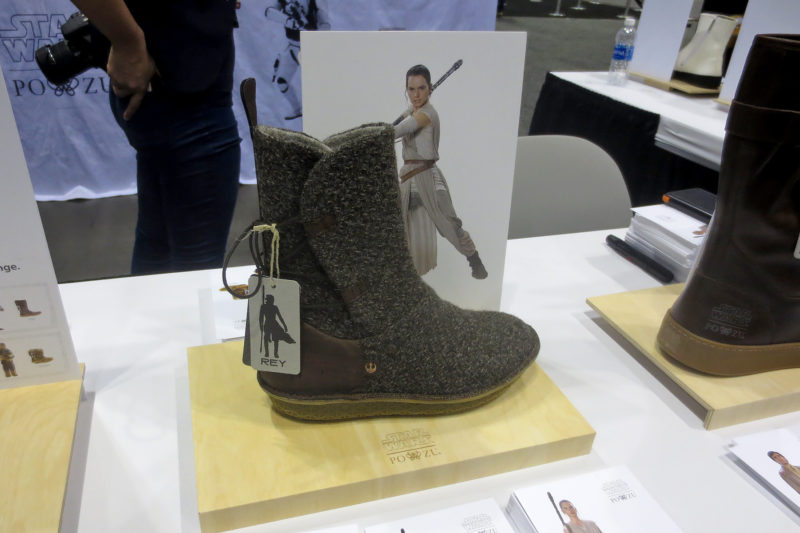 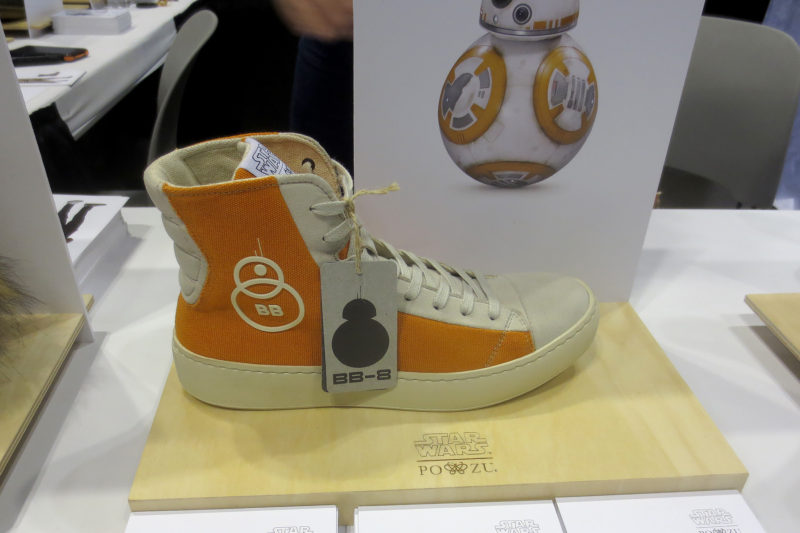 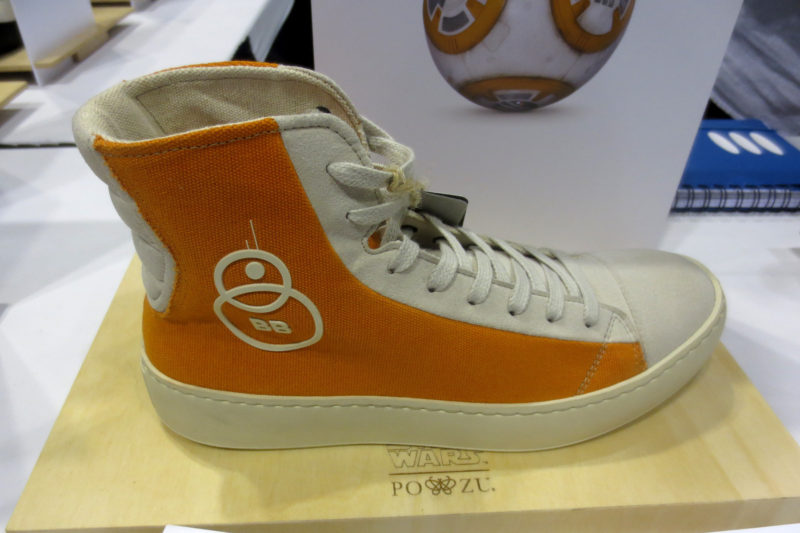 I’m not sure why the Resistance sneaker is not featured in the advertising posters at the booth, or on the Po-Zu x Star Wars website page. 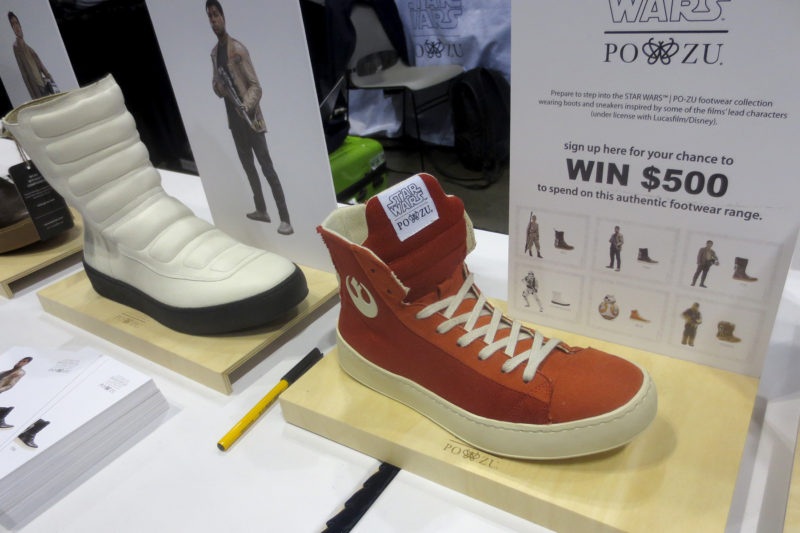 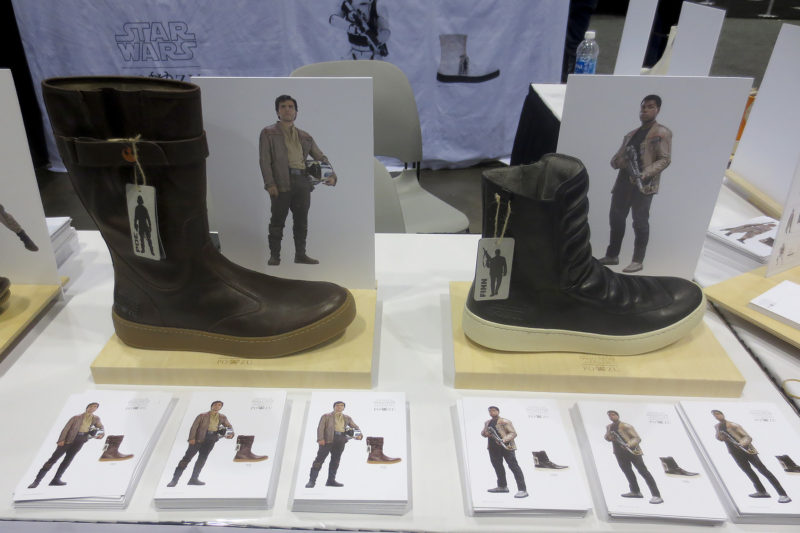 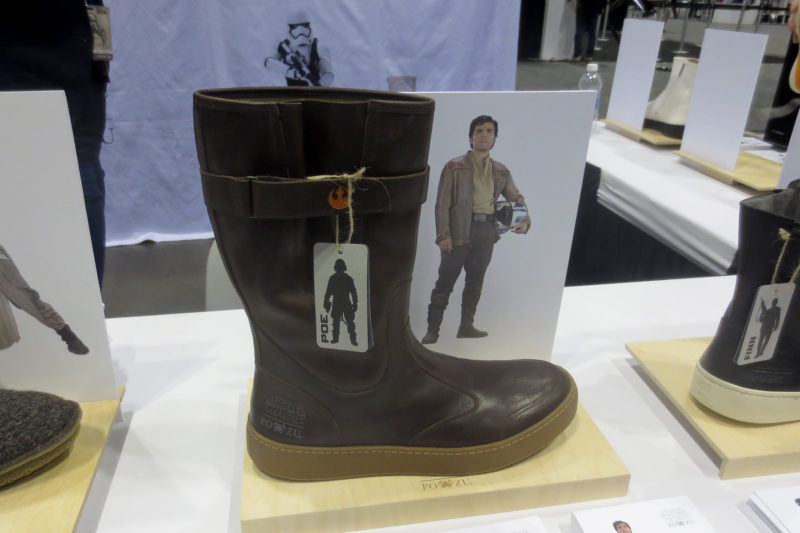 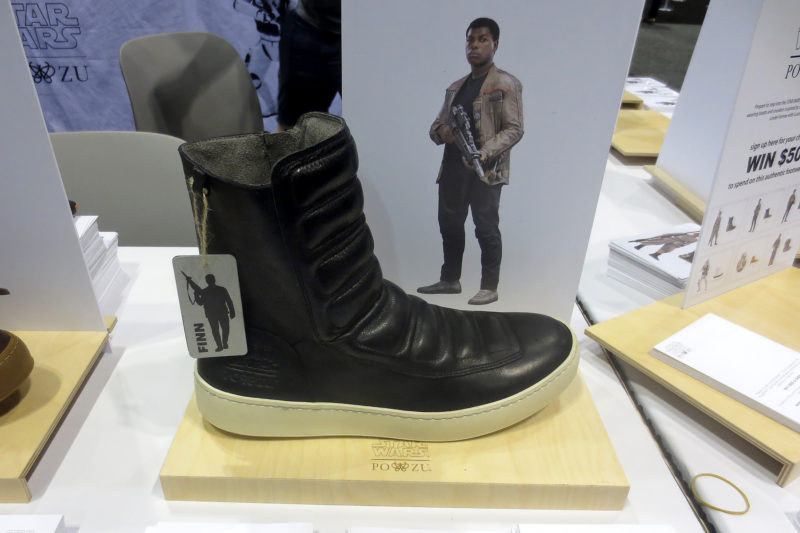 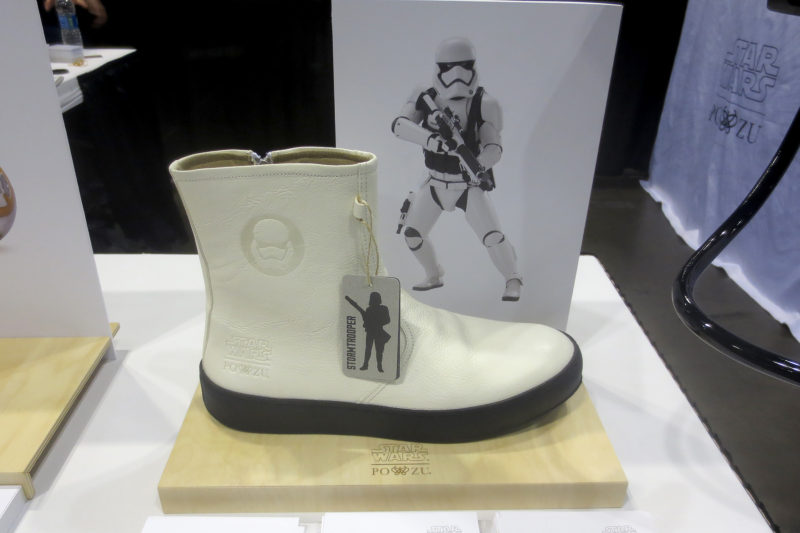 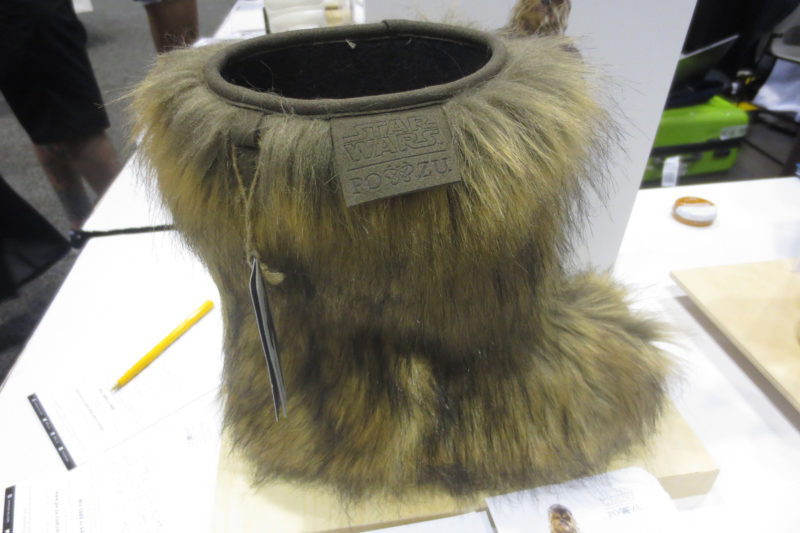 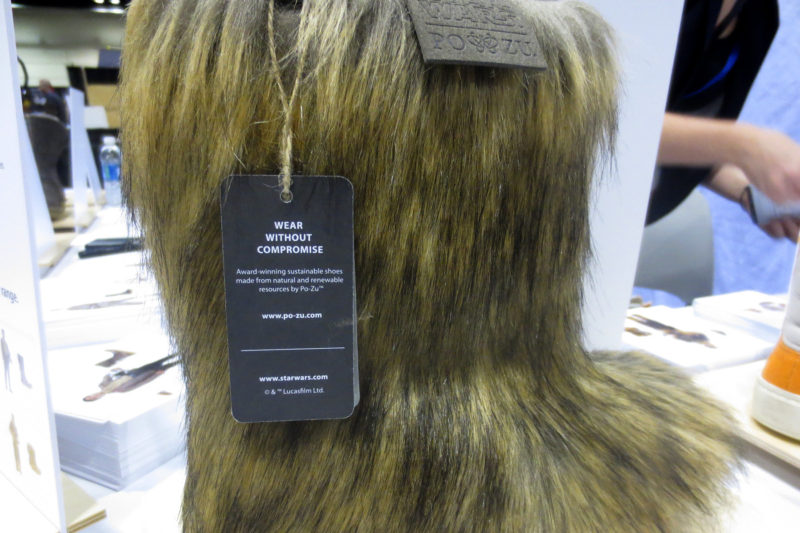 I loved the advertising postcards available, and picked up one for each style. Fans could write their details on the back to enter the draw, but these are such a neat souvenir for fashion fans! 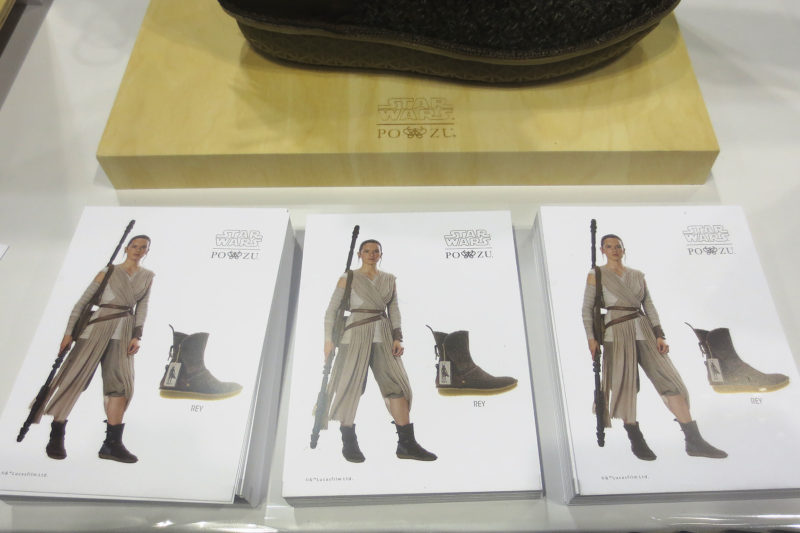 The booth also had a competition, where fans could sign up to win $500 (or £400) to spend on the new collection. The competition ends 28th July 2017 – if you weren’t able to sign up at the booth, you can still enter online here. 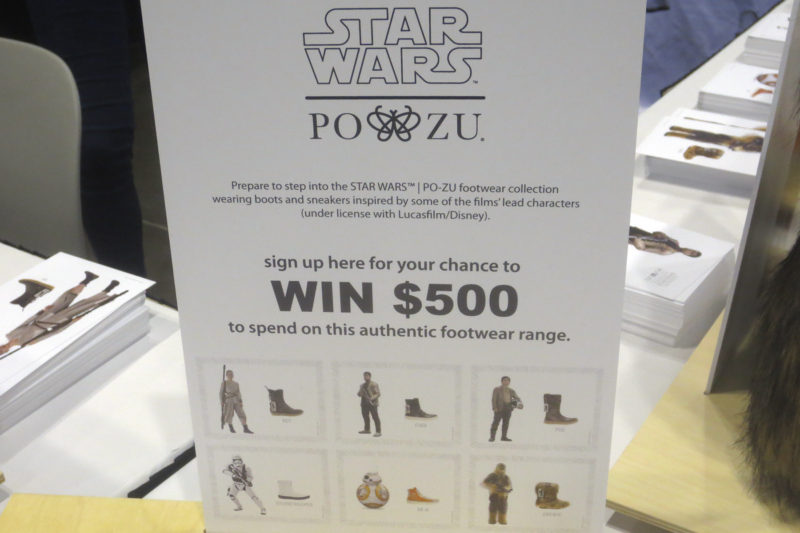