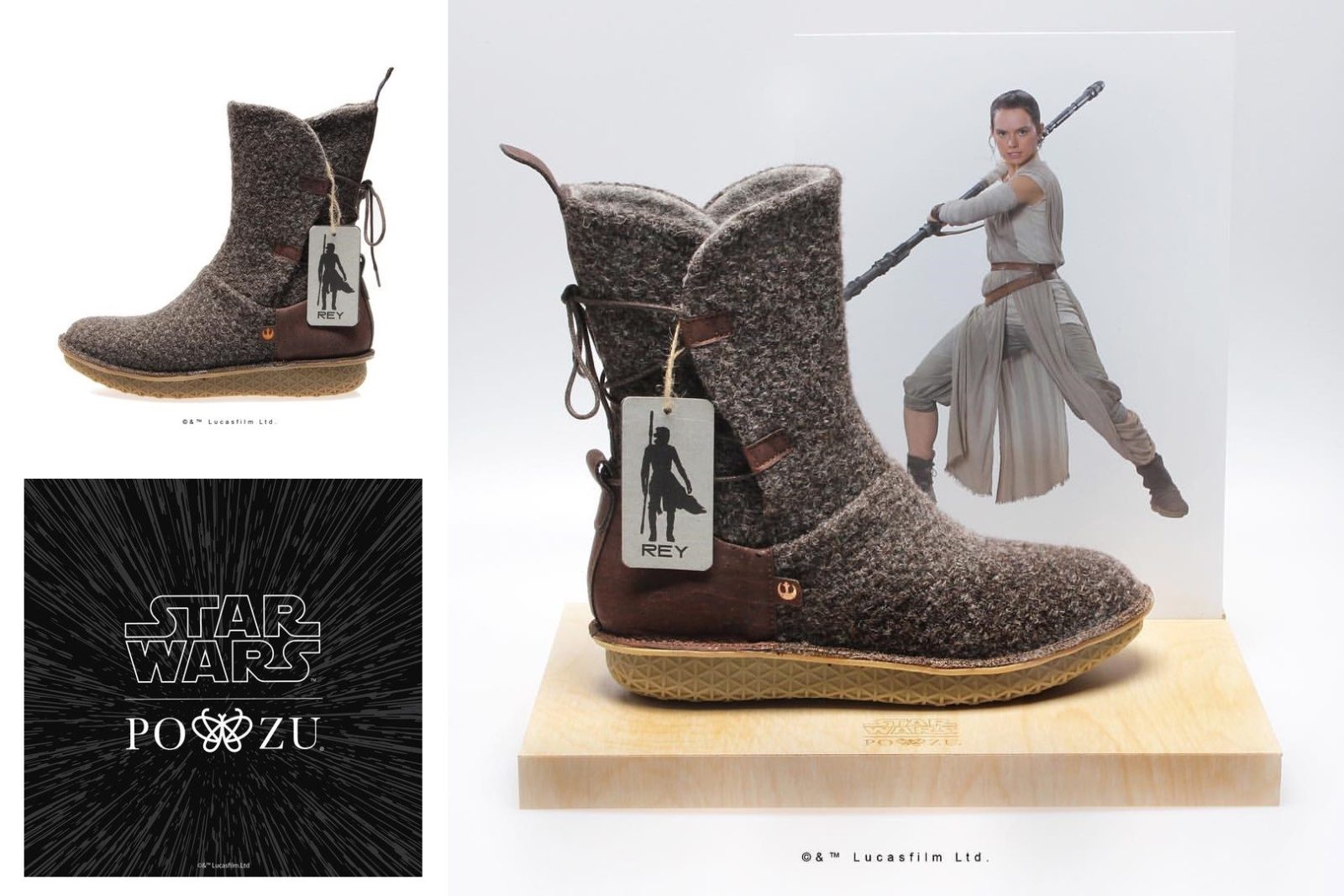 PO-ZU have released the first official look at their upcoming licensed Star Wars footwear collection! The first revealed design is the Rey boot! Daisy Ridley wore the original Piper-V versions in The Force Awakens (you can read my review of the Piper-V boots here), so it is great to see this design available in the new licensed collection.

This new licensed version has 2 noticeable differences – the sole has a triangle pattern detail (rather than the butterfly pattern of the originals), and the ankle tag now features the Resistance ‘starbird’ symbol (compared to the green PO-ZU symbol on the originals). Costumers will probably prefer the original versions, due to the differences – but fans who want stylish, comfortable Star Wars inspired footwear will love these!

We were delighted to announce just last month, the launch of our Co-Branded STAR WARS™ / PO-ZU footwear collection.

We presented our collection comprising official replicas of the footwear worn in the film by some of the main characters (under licence with Lucasfilm/Disney) at the shoe trade show FFANY in New York, where the collection was enthusiastically received.

It is our pleasure to be able to now reveal a sneak peek of one model- the REY boot. 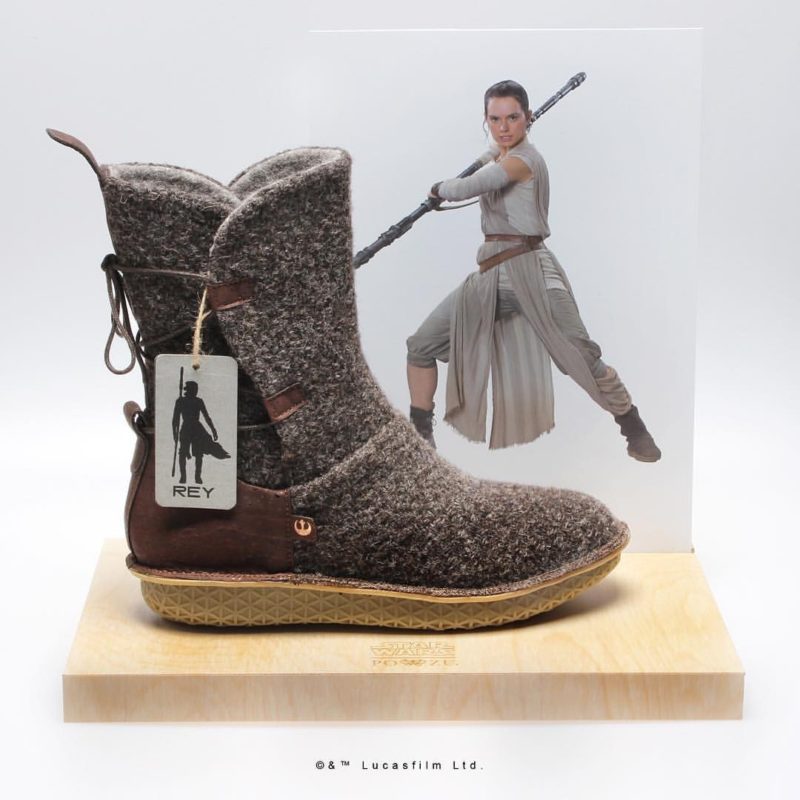 Photos sourced from and belong to PO-ZU.