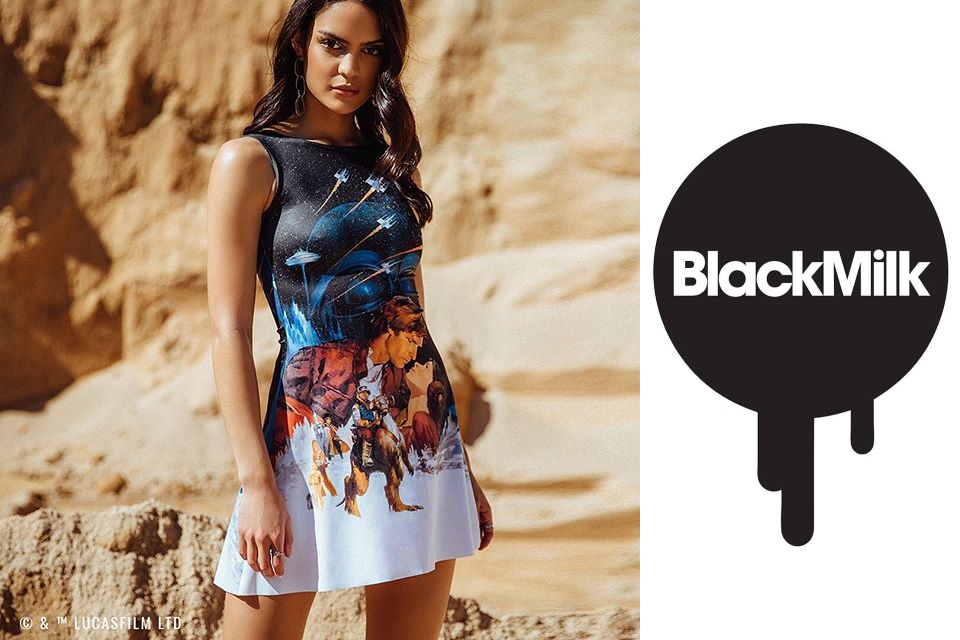 Massive news – Black Milk Clothing is releasing a new Star Wars collection! They announced the new collection on social media, with the first image revealing a high-neckline dress with printed Star Wars artwork, which appears to based on/inspired by the ‘Gone With The Wind’ style poster for The Empire Strikes Back by Roger Castel.

Since then, Black Milk has dramatically expanded their style range, and I absolutely love their wide variety of garment designs – I’m officially a Black Milk ‘Nylon Addict’, having achieved the ’50 item’ reward back in 2016! I was literally just talking with my husband the other day that I would love to see what Black Milk could do with the Star Wars licensed combined with their new range of garment styles!

Black Milk Clothing will be releasing more sneak peaks in the next week – the collection will launch 7AM AEST, 18th September 2018 – that’s only 8 days away! With such short notice, I really hope there won’t be limited pieces, giving fans the chance to grab their favourite designs – they ship internationally! 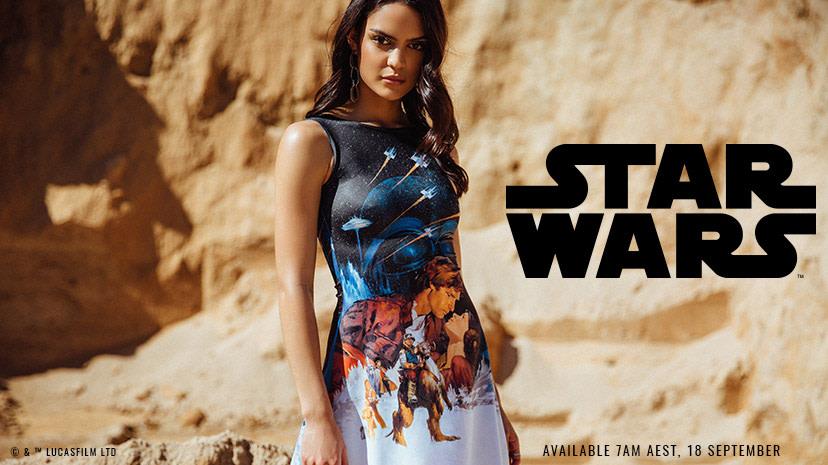 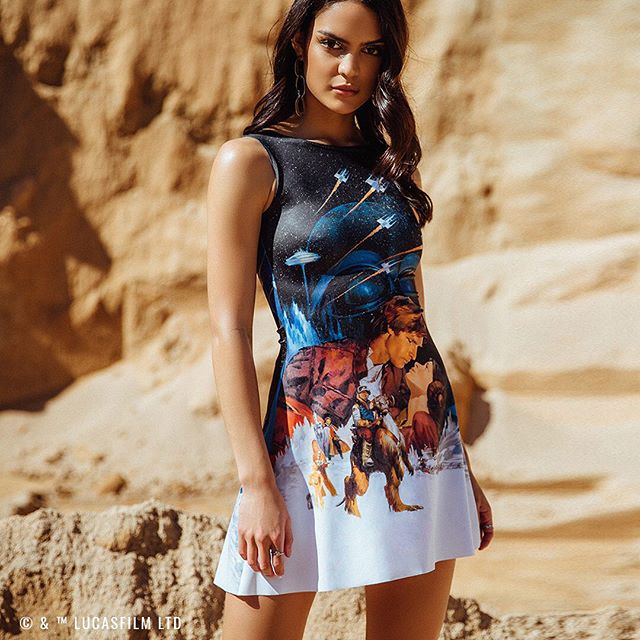 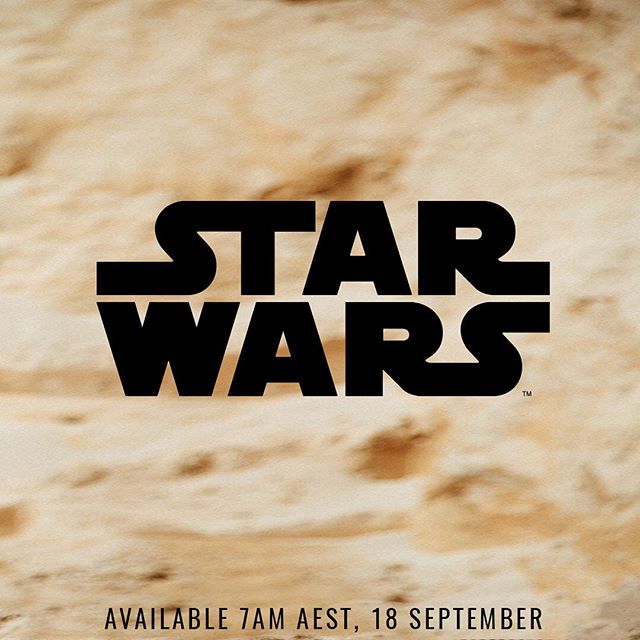