Her Universe has just released a press announcement with exciting news! At the upcoming WonderCon convention, held in Los Angeles (March 25th to 27th), Her Universe will be there with lots to reveal, with two fashion-related panels! Also, the Han Solo cardigan that was previewed in early February will be available to buy at the Her Universe booth (#1225) at the convention – and hopefully this means it will available online soon too!

At the ‘Her Universe Fashion Show Update‘ panel, Ashley Eckstein will unveil the fashion collection designed by the winners of last year’s Her Universe Fashion Show competition, Kelly Cercone and Leetall Platt. According to the panel description, this new collection features a Star Wars ‘The Force Awakens’ theme! I am beyond excited to see this new collection – as Her Universe holds several different licenses (including Marvel and Star Trek), I was wondering if they might pick another franchise to feature after the recent – and very popular – Star Wars collection for Hot Topic, so I’m very happy to look forward to more great Star Wars fashion from Her Universe! Hot Topic ships internationally, which is fantastic for fans everywhere!

The second fashion-related panel from Her Universe is the ‘Her Universe Geek Fashion Portfolio Review‘. Here fans can submit designs for the upcoming Her Universe Fashion Show, and get advice on how to take their geek fashion to the world of retail. I am slowly starting to work on some of my own Star Wars inspired fashion designs, but I sadly can’t attend SDCC (so I can’t enter), but I really hope to see some Star Wars designs walk the runway in the Fashion Show!

For the last two years, Her Universe and Hot Topic have produced The Her Universe “Geek Couture” Fashion Show at San Diego Comic-Con. Two winners, each year, were chosen and given the unique professional opportunity to design a fashion collection with Her Universe to be sold in Hot Topic stores. To kick off the 2016 fashion show, fans and designers will be able to attend the “Her Universe Fashion Show Update” panel at WonderCon (Friday, March 25th, 2pm to 3pm in room 502B) where they will be the first to hear updated information on submitting their designs for this year’s show at SDCC and be the first to see the upcoming collection designed by last year’s winners, Leetal Platt and Kelly Cercone. Actress, Her Universe Founder and voice of Star Wars Rebels’ Ahsoka Tano, Ashley Eckstein, SVP of Her Universe, Cat Carson, Hot Topic VP of Merchandising, Ed Labay, and Hot Topic Director of Brand Marketing, Andrea Lewis, will also be on the panel to give advice on how fans can go from runway to retail.

For fans and designers looking to submit their designs for The Her Universe Fashion Show or who just want to get into the business of geek fashion, they are invited to share their portfolio with industry professionals from Her Universe and Hot Topic and get tips and advice on how to best prepare their fashion portfolio at the “Her Universe Geek Fashion Portfolio Review” (Saturday, March 26th from 10:30am to 11:30am in room 150).Ashley Eckstein also revealed that Her Universe will debut several new fashion designs and offer its most popular fangirl apparel from Star Wars, Marvel, Doctor Who, Star Trek and more in the Her Universe boutique (booth #1225). The boutique will feature an assortment of casual and dressy options for female fans to fashionably express their fandom and flaunt their world.

Ashley Eckstein also revealed that Her Universe will debut several new fashion designs and offer its most popular fangirl apparel from Star Wars, Marvel, Doctor Who, Star Trek and more in the Her Universe boutique (booth #1225). The boutique will feature an assortment of casual and dressy options for female fans to fashionably express their fandom and flaunt their world. 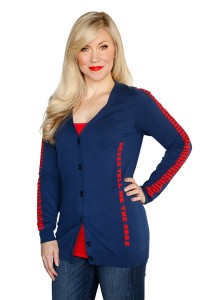 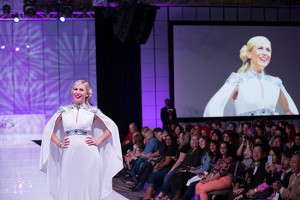