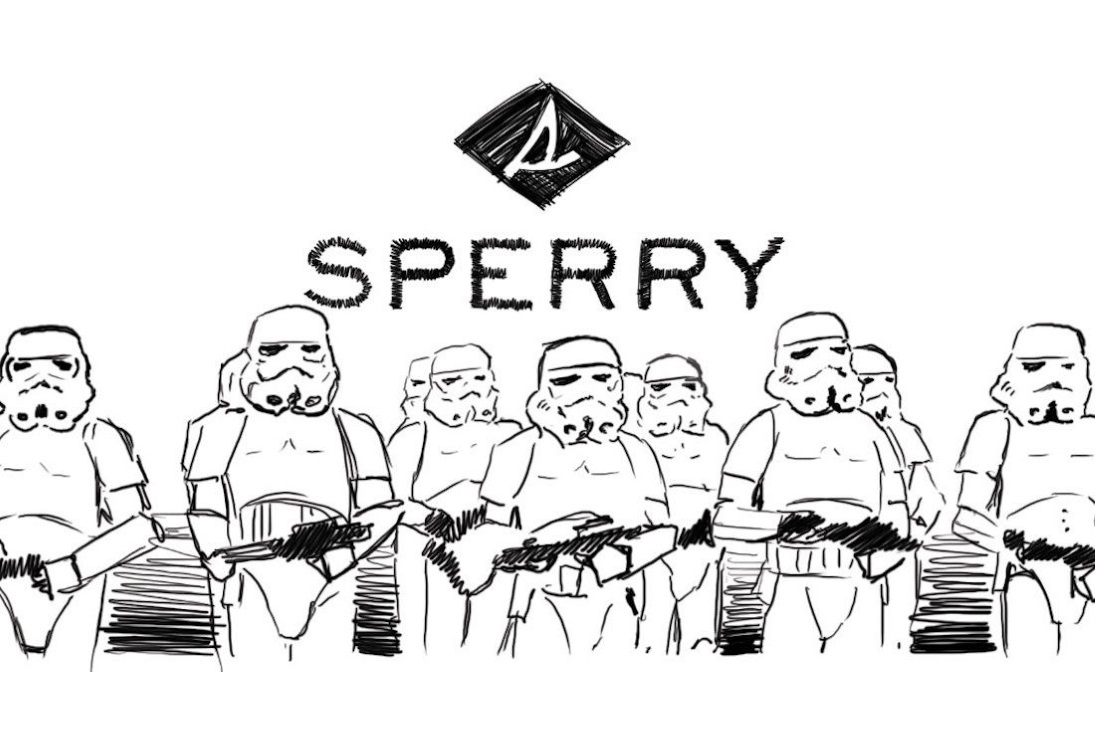 To celebrate the upcoming collection launch, the Sperry Footwear website blog has published an interview with the lead designer of their new Star Wars footwear collection, Joe Napurano. In the article, Joe talks about seeing Star Wars as a child, getting to create Star Wars merchandise, and the design concepts behind the collection.

Joe Napurano is a footwear designer who’s been designing for Sperry for 11 years. When A New Hope was released in theaters, Joe was just a kid and was immediately captivated by the film that George Lucas had created on screen. With a massive collection of Star Wars figurines and collector’s items, and a love for the franchise that far surpasses casual viewership, Joe is a super-fan.

As both a fan of the series and a veteran designer at Sperry, Joe had the unique opportunity to lead the design process for the Star Wars collection. We asked him a few questions about what it was like designing shoes for his favorite film franchise.

Here are some excerpts from the interview –

Tell us about the moment you were asked to do this project.

There have been a few collaborative projects through Sperry, and I had heard some buzz about possibly working with Star Wars. Of course, I volunteered without hesitation and offered to provide my input as a fan of the movies. Sperry had done a great job with past collaborations, and as a fan of the Star Wars films, I knew it would be a once-in-a-lifetime opportunity, so I jumped right in.

You’re a big Star Wars fan and have a huge collection of toys, figurines, collector’s items, and other film paraphernalia at your home. What was it like being a collector and having the opportunity to design product for your favorite film?

The artwork and world of Star Wars is fantastic. There are levels of collecting that range from simple things like a t-shirt to intricate and highly detailed prototype figurines. I’ve seen some collectables go for $15,000 and more on sites like eBay, so the idea of designing a piece of memorabilia for other fans like me is an incredible feeling.

Speaking of the droids, some of the shoes in the collection have a “buddy” theme. What is it about friendships in the film that inspired you to create the side-by-side buddy pack shoes?

The asymmetrical buddy packs were inspired by the idea that the films are a classic story of good versus evil, where friendship and loyalty is a critical element. The dialog was far from Shakespearean, but in the film’s structure you get the morality story pretty clearly. Help your friends, fight evil, save the universe. 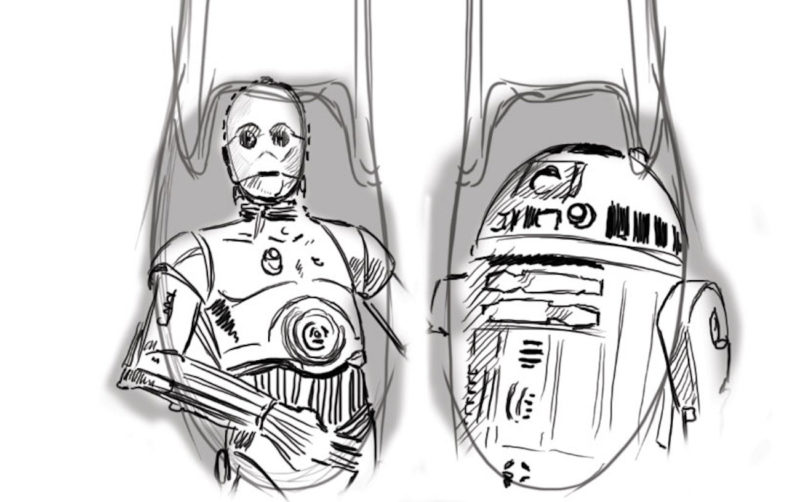 Knowing that you’re a fan of the Rebellion, it’s not shocking that you took some really cool elements of the X-Wing™ and Luke’s jumpsuit and incorporated the designs into one of these shoes. Tell us more about it!

One of the many smart things done in Star Wars is to reference things that we already know and reinterpret them. George Lucas used airplane dogfight sequences to illustrate how the special effects space battles would look. Model makers used battleships and cockpits to create otherworldly designs. The X-Wing™ fighters used a scissor wing action and the TIE Fighters™ used round bathysphere hulls. Even the jumpsuits that the Rebel pilots wore were based on flight suits worn by real pilots. The Rebel suits are safety orange and show all the wear and tear of a long fought struggle. I loved that despite the rag-tag look, they were in uniform as a team. 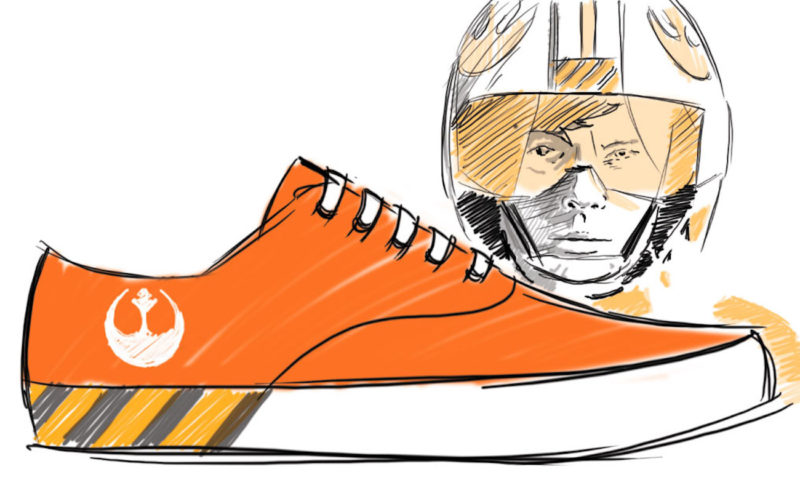 The Death Star sneakers have a similarly cool look that’s reminiscent of a TIE Fighter™ and features some nods to the Empire. Tell us about them!

Star Wars is a battle between good and evil, so I designed a shoe that closely mirrored the Rebel shoe. In the film there’s the Empire and the Rebellion, the dark side and the light side, Luke and Darth Vader… So, if you have a rebel shoe you need an Imperial counterpart! This shoe features elements that nod to the Empire and the Death Star™ and TIE Fighters™ and shows the Empire’s evil drive to rule the universe. 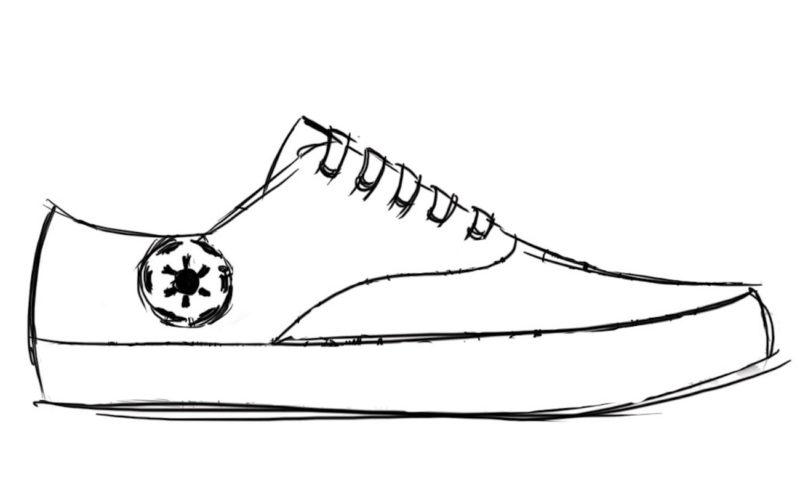 One thing that makes this collection particularly unique is the use of the McQuarrie paintings and concept art. Can you tell us more about Ralph McQuarrie and how he helped shape what we saw on screen?

Ralph McQuarrie was commissioned back in the 70’s to create concept paintings that were used during production to dictate what key characters and scenes would look like. They’re absolutely amazing. Even if you are not a fan of the genre, they show incredible vision. The artists and designers that brought the Star Wars universe together accomplished an incredible feat. The concepts show a vision and level of imagination that no one knew how to make at the time. The war in space and lightsaber duel went from an idea in a script, to a painting, to the big screen, just like that. And we’re still talking about it today! 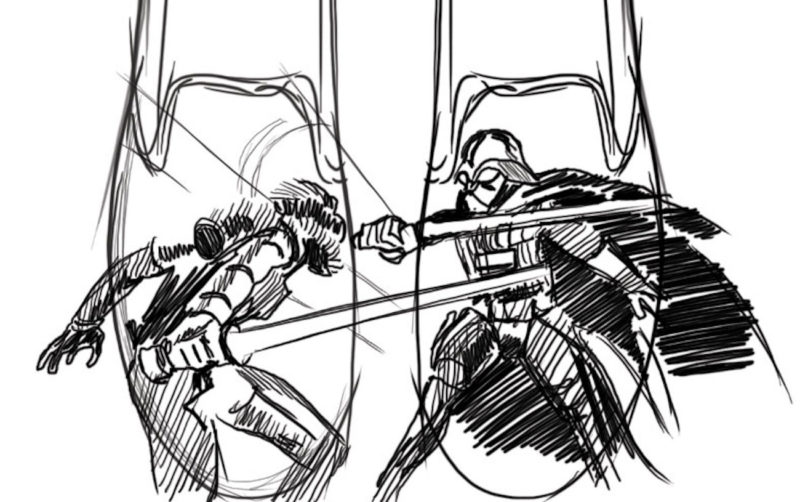 Photos sourced from and belong to Sperry.