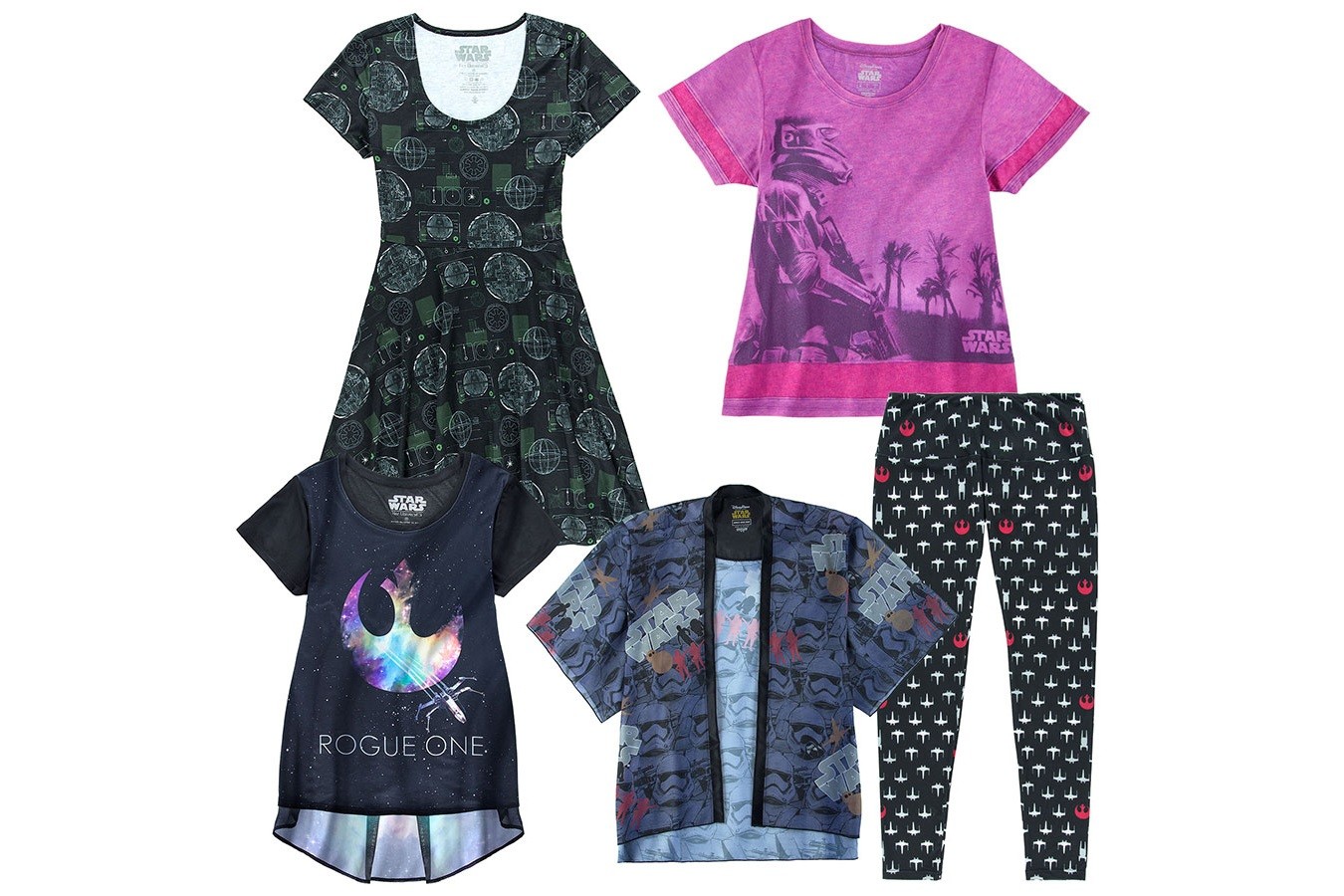 The Disney Parks blog has released images of Rogue One fashion that will be available at US Disney Parks this Friday! The photos include the Her Universe Death Star dress and Rogue One tee that were previewed earlier, along with heaps more! The article doesn’t specify which items are women’s, men’s, or children’s, so we’ll have to wait and see. What is your favourite from this range? I am loving the Death Star dress and grey draped tank top!

Women will find a variety of stylish shirts featuring characters from the upcoming film including Jyn Erso or the Rebel Forces Tactical Droid, K-2SO. We will also have apparel from the Her Universe collection including a most impressive dress covered with images of the Death Star.

Read the full article at the Disney Parks blog here 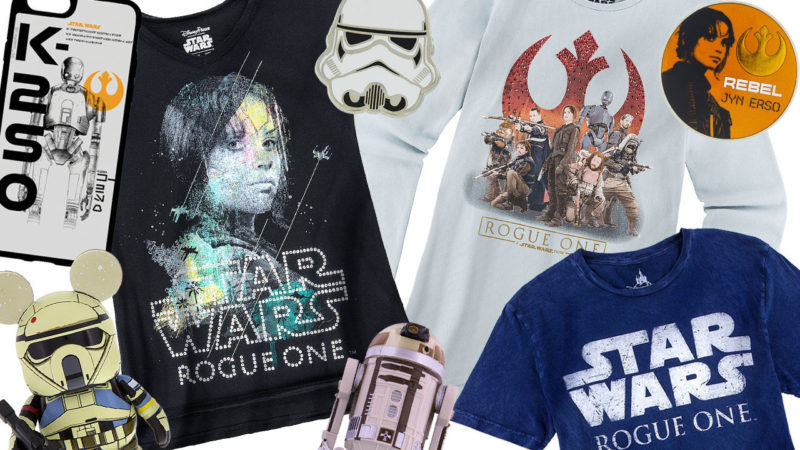 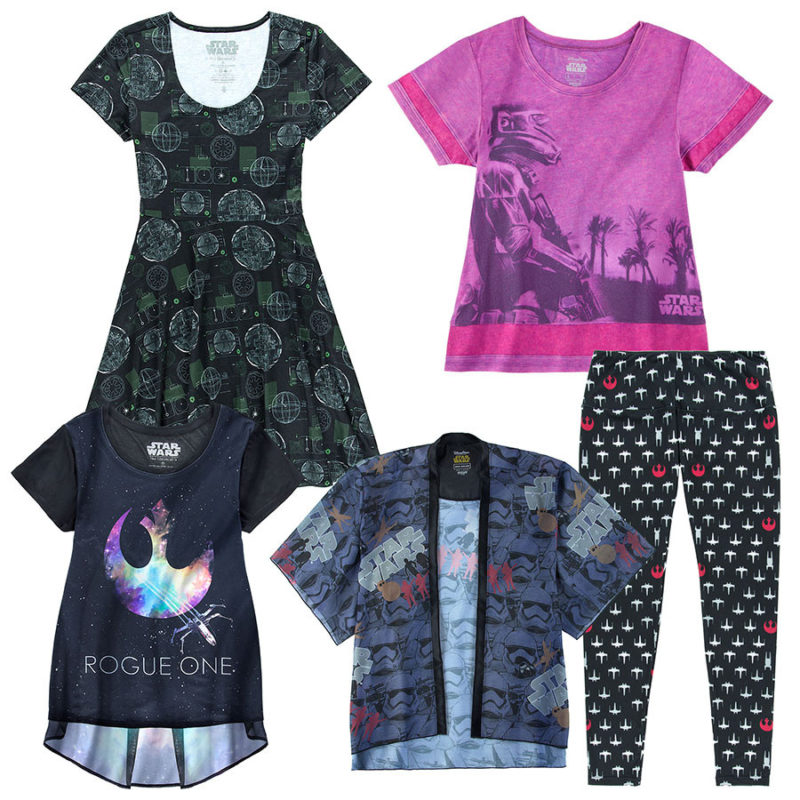 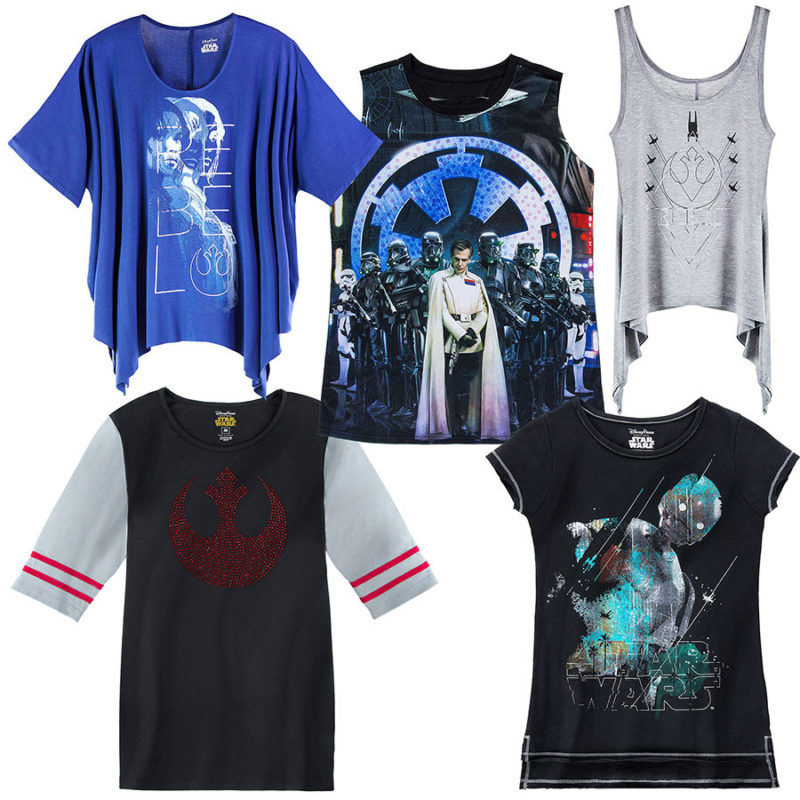 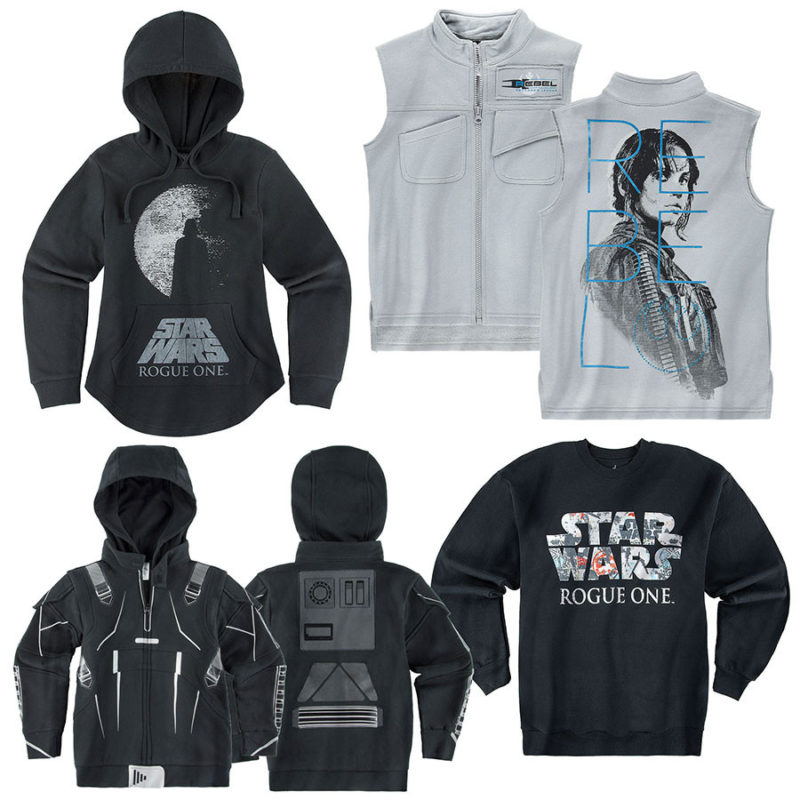 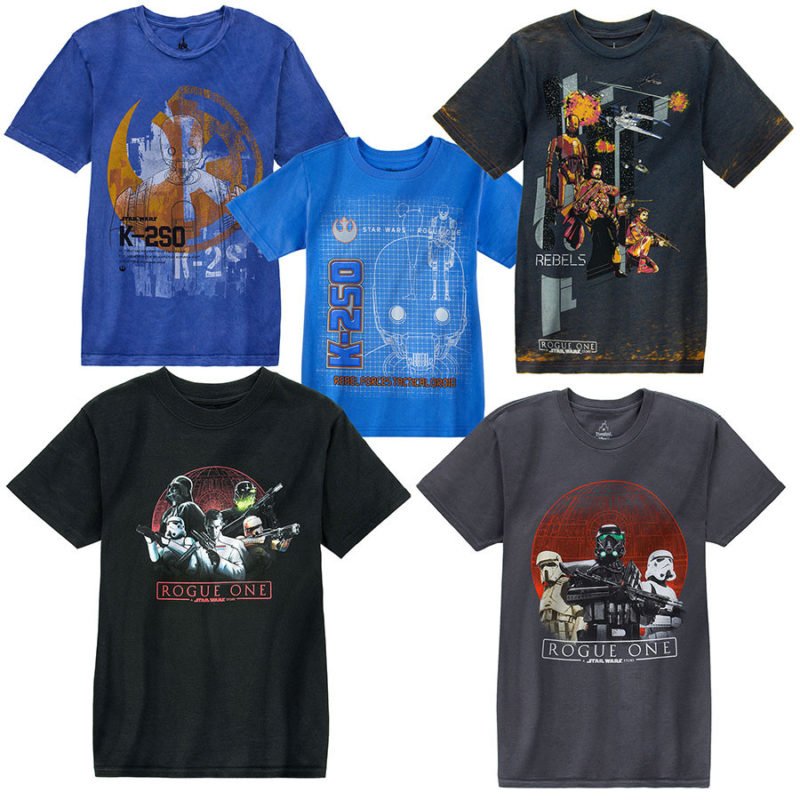 Photos sourced from and belong to the Disney Parks blog.