Today’s StarWars.com Force Of Fashion article features an interview with Ashley Eckstein from Her Universe – including previews of some upcoming women’s apparel! In the full interview, Ashley talks about starting Her Universe, working on exclusive apparel for Disney Parks, and the custom Ahsoka Tano Lego dress she wore at San Diego Comic Con.

The article includes previews of a Rogue One top with galaxy print back panel, a Rogue One dress featuring a Death Star print, an Ewok cardigan, and Star Wars Timeline skirt! The Timeline skirt artwork is by Ashley Taylor, who also created the artwork for the AT-AT cardigan that is coming soon – the AT-AT cardigan embroidery matches the AT-AT seen in the Timeline artwork. Disney Parks fans will recognise the style as inspired by ‘It’s A Small World’ artwork by Mary Blair.

Plus, as expected, Her Universe is working on new Rogue One fashion –

Right now we’re working on two brand new additions for Rogue One for our Disney Parks collection. One of them is a beautiful new dress, and there’s a fashion top as well. And I like that sense of mystery!

Can’t go to a Disney Park? Download the Disney Parks app and buy our designs through the app!

As excited as I am to see more amazing women’s Star Wars fashion from Her Universe, I am saddened at Her Universe continuing to ignore international fans. Ashley talks about the ‘purple planet’ Her Universe logo as being a symbol for geek girls – but that is simply not the case 🙁 By only catering to US fans, the brand continues to exclude so many of us, which is an attitude not consistent with a supportive geek community.

Read the full Force Of Fashion article at StarWars.com 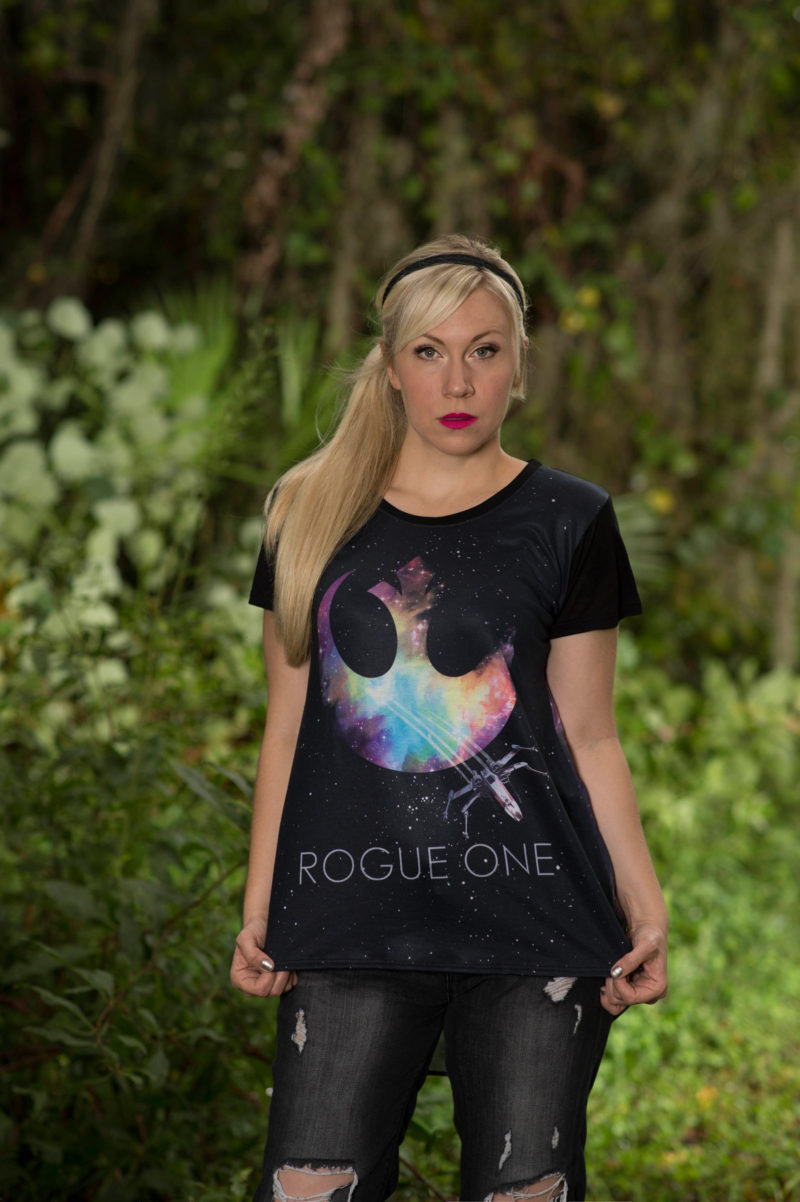 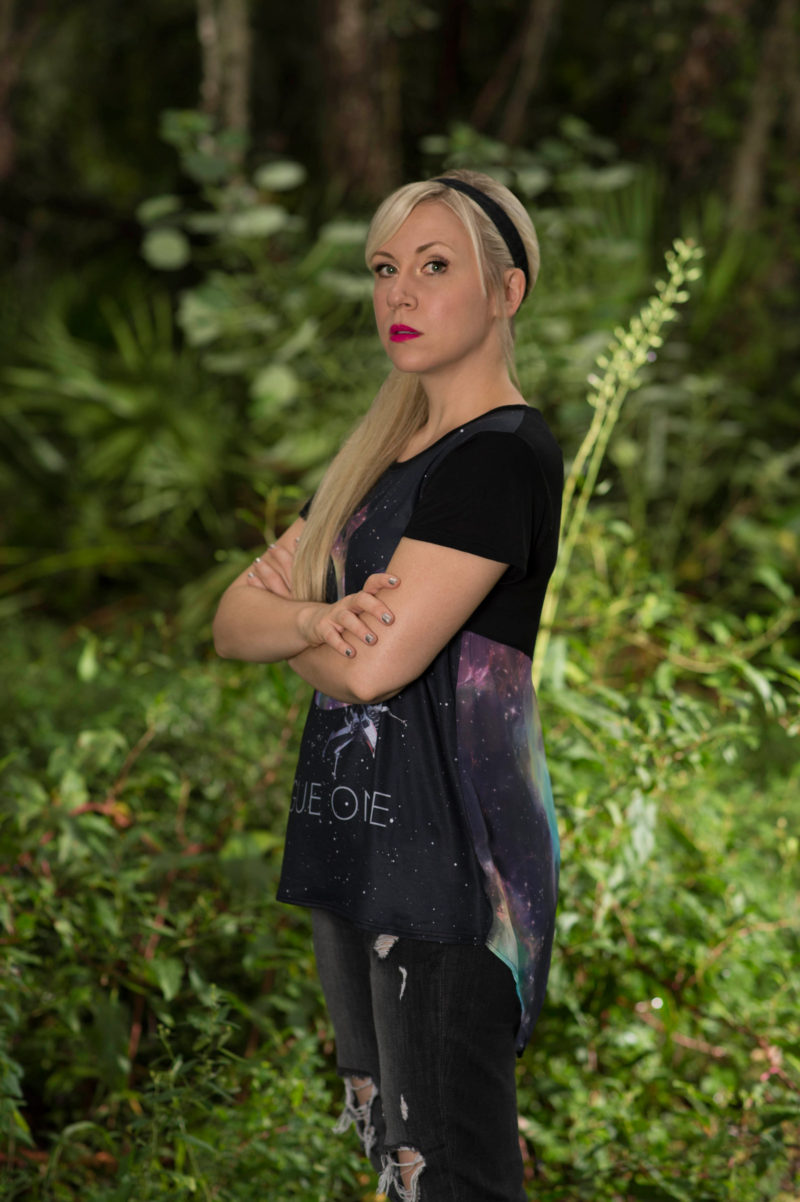 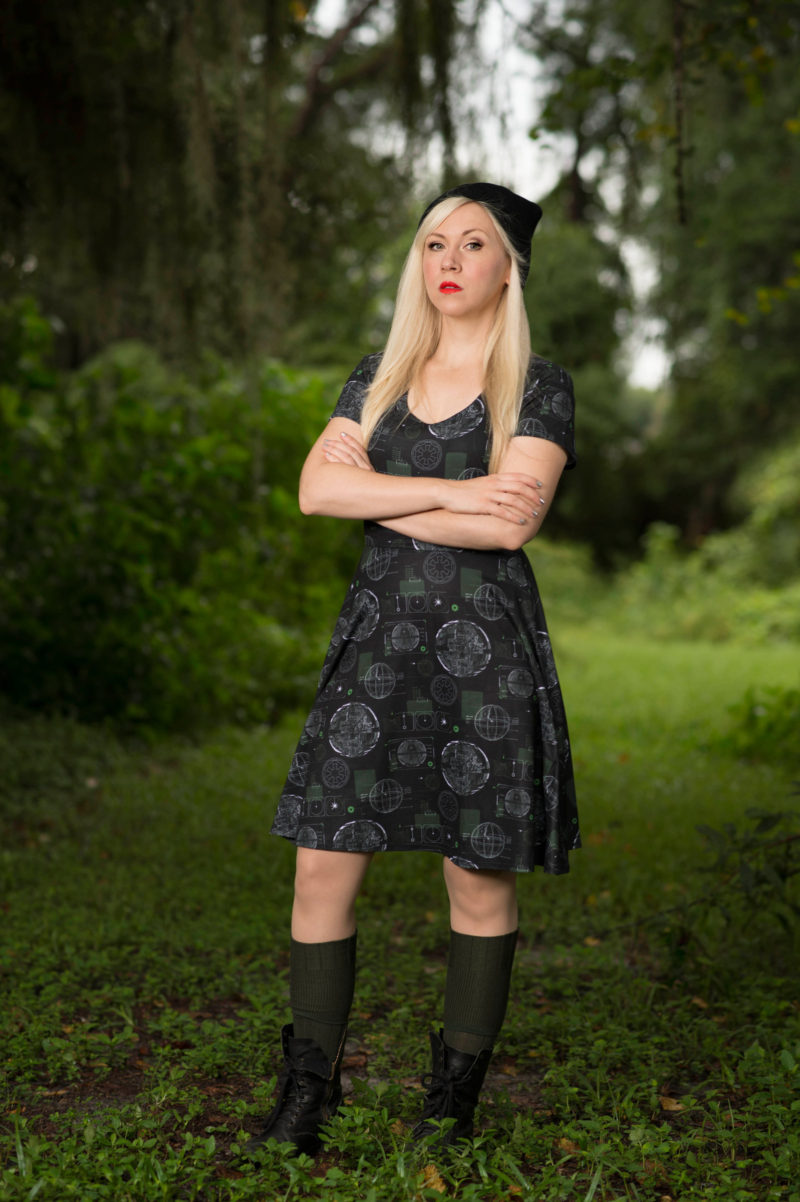 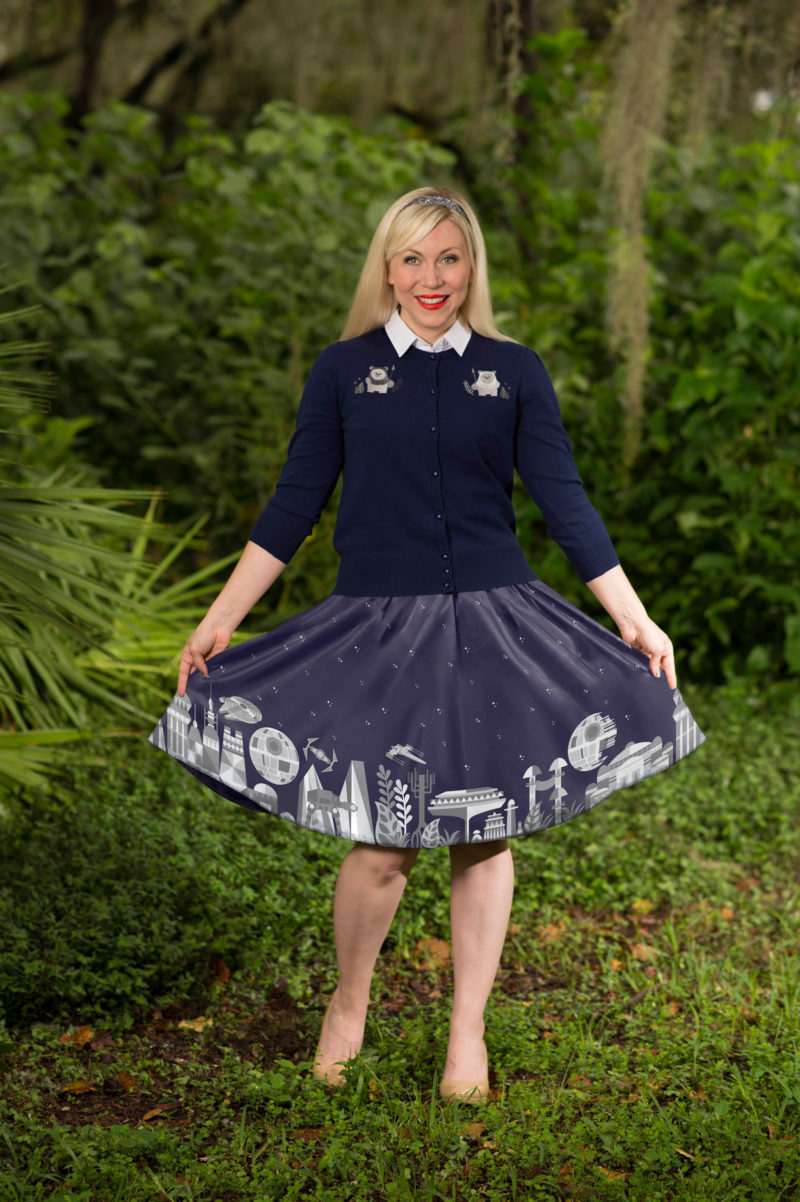 Photos sourced from and belong to StarWars.com/Preston Mack.