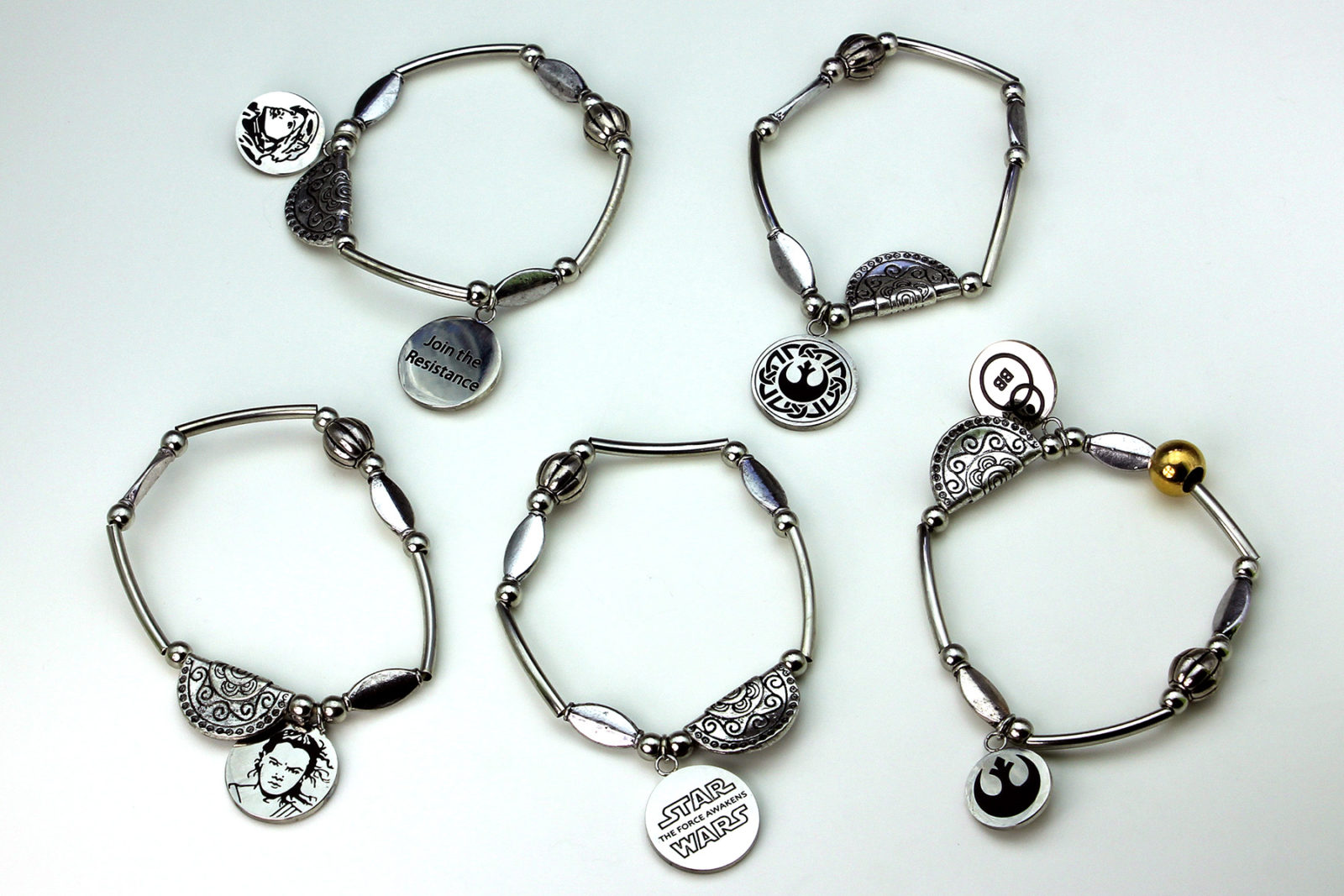 The Rey stretchable bracelet set first showed up online on Force Friday, when Body Vibe stockist Entertainment Earth added a new range of The Force Awakens jewelry to their website for pre-order. As a huge Rey fan already, this bracelet set was instantly on my shopping list, and it’s finally arrived! 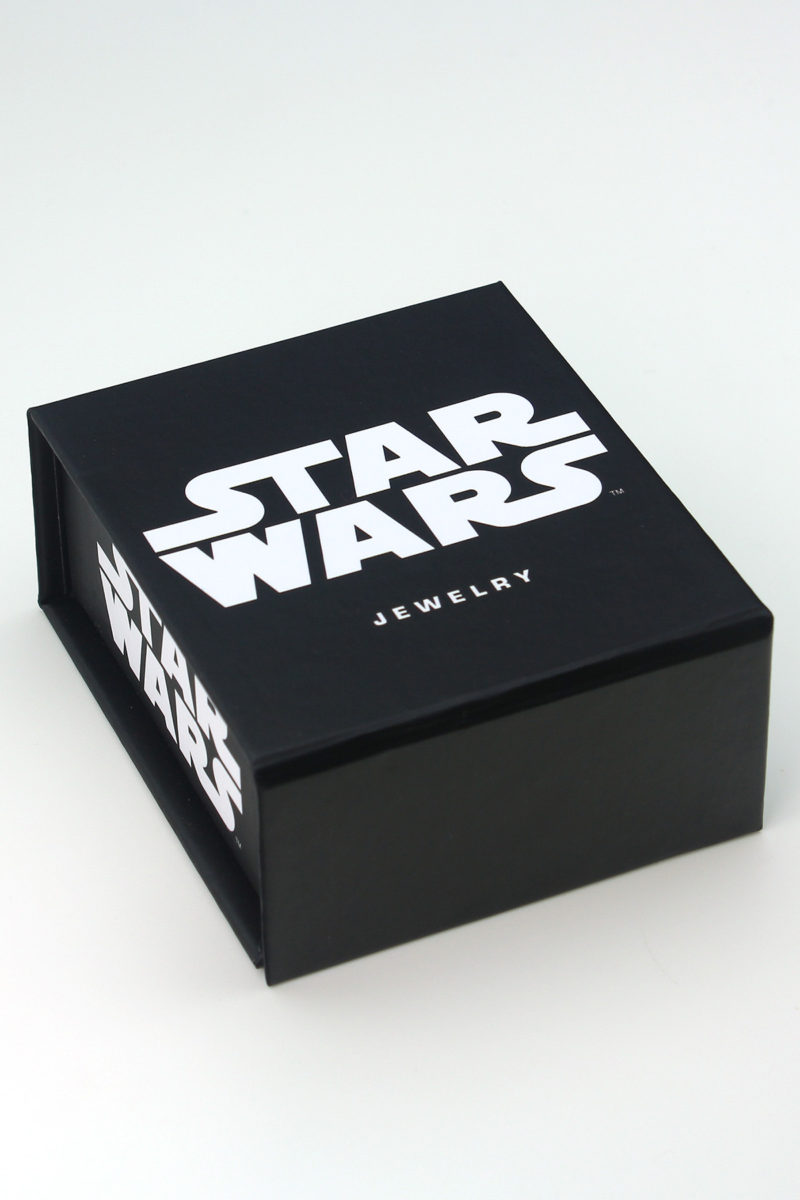 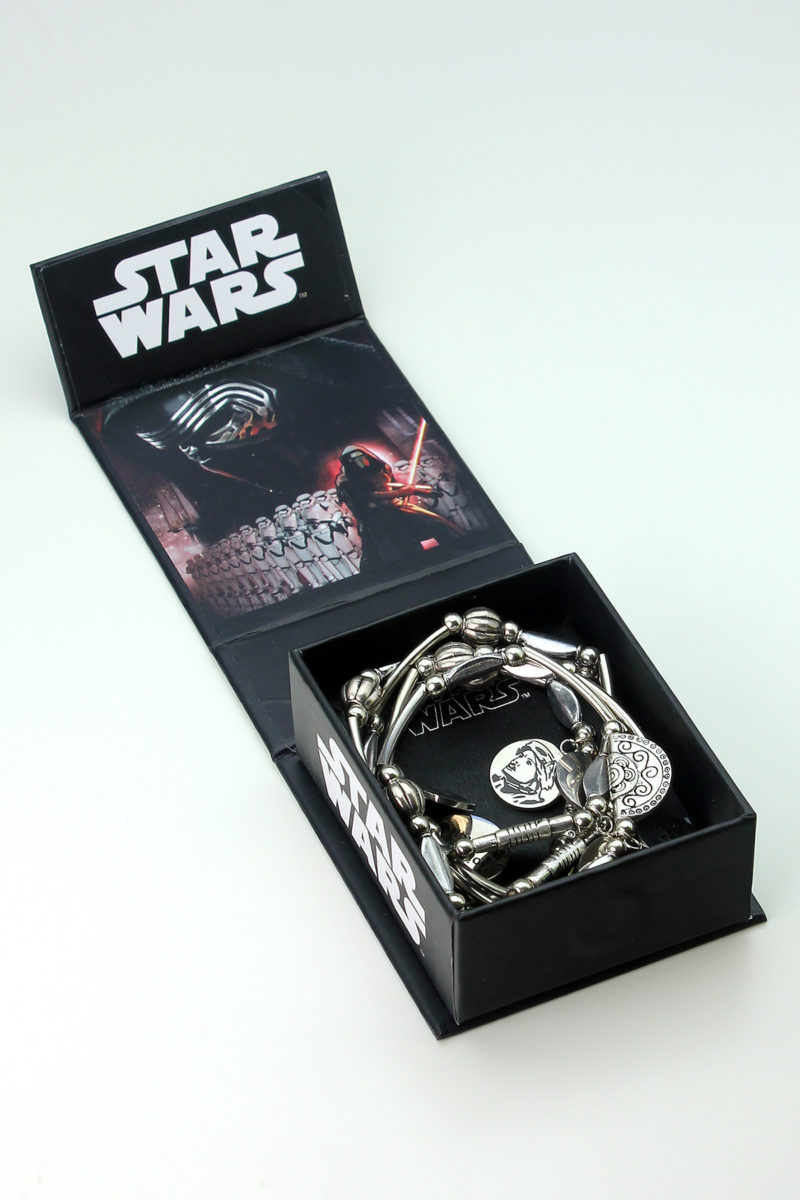 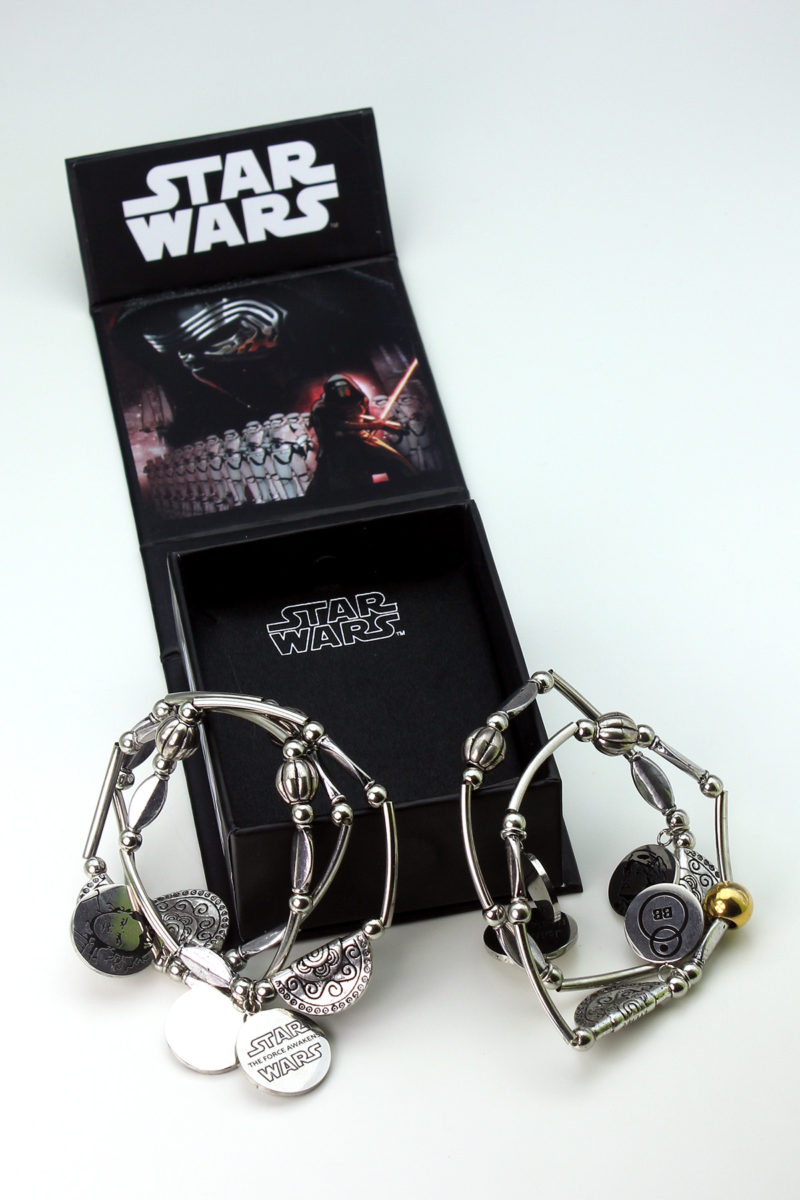 The bracelet set came packaged in a neat black gift box, which closes with a magnetic strip across the front and lid – I was expecting the standard grey cardboard box that came with my other Body Vibe jewelry. The box has the Star Wars logo in white on the outside, and again inside, with a neat Kylo Ren artwork panel. The set includes five individual stretchable bracelets, which are made from stainless steel – you can choose to wear one, some, or all together. 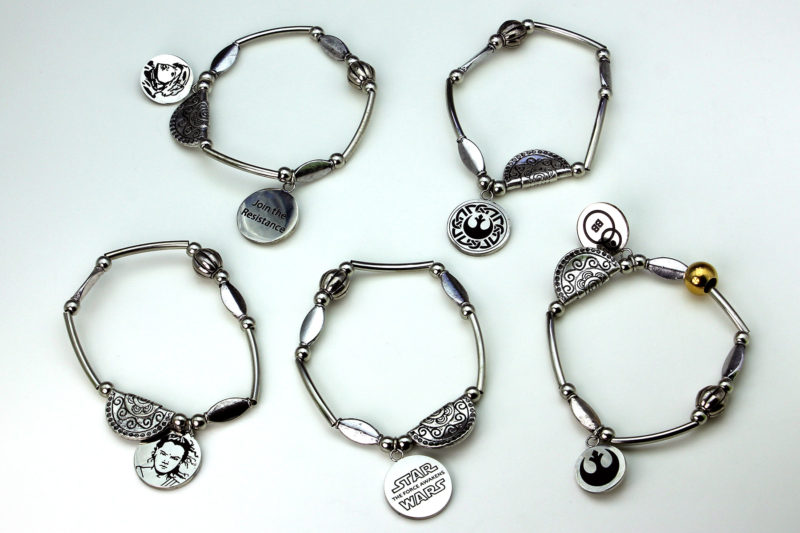 All five bracelets include one half circle bead with a scrolling design (which reminds me of a coin pressed in half), assorted small round beads, and several thin tube beads. Each bracelet also includes at least one hanging pendant with a black recessed design – two of the bracelets feature two pendants each, while the other three feature one pendant each. The pendant designs include Rey (with hood/goggles), ‘Join the Resistance’ text, Rebel symbol over a celtic knot, Star Wars The Force Awakens logo, BB-8, Rebel symbol, and Rey again (no hood/googles). The bracelet with the BB-8 pendant also has a round gold bead, a neat and simple way of adding another BB-8 element to the design. 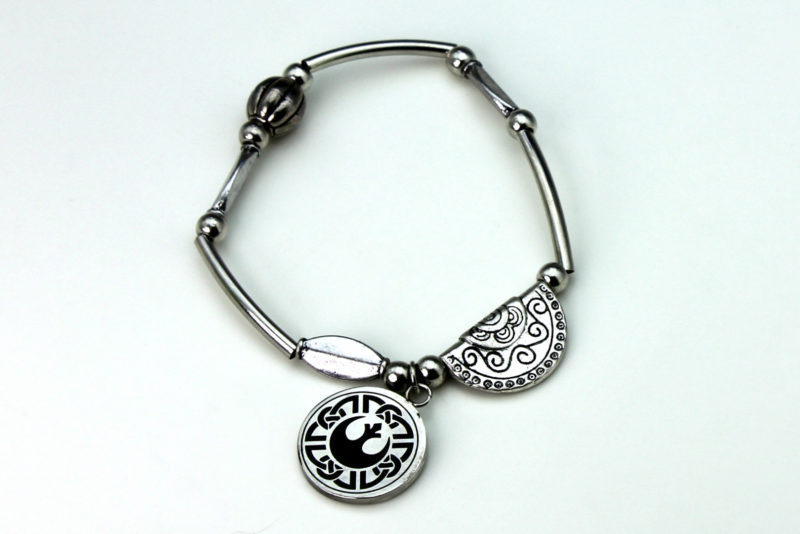 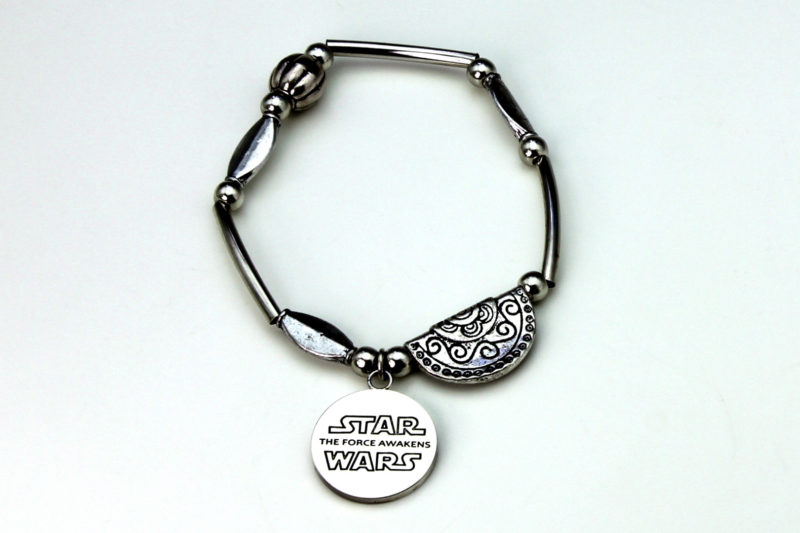 Each bracelet has a elastic band core, so they can easily stretch over your hand for wearing. The knotted ends of the elastic are hidden inside the larger round bead, which is great. The bracelets are ‘fitted’ for my wrist, they aren’t loose enough to move up/down my wrist when wearing – some fans may find this a little tight, depending on your wrist size. The elastic base means that you could take these apart and make your own bracelet/s or necklace from the beads, if you wanted to. 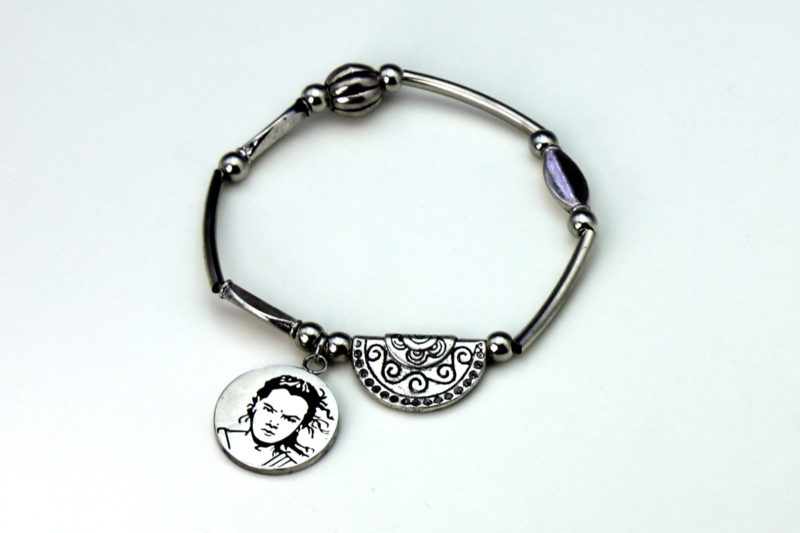 I love the ‘assorted’ feel of this set – it almost feels like something Rey could have put together from trinkets and found items (especially with the black weathering on some of the beads). The bracelets have a fun balance between feeling Rey-inspired but still a branded (and recognizable) Star Wars item. I’ll definitely be wearing this to The Force Awakens premiere! 🙂 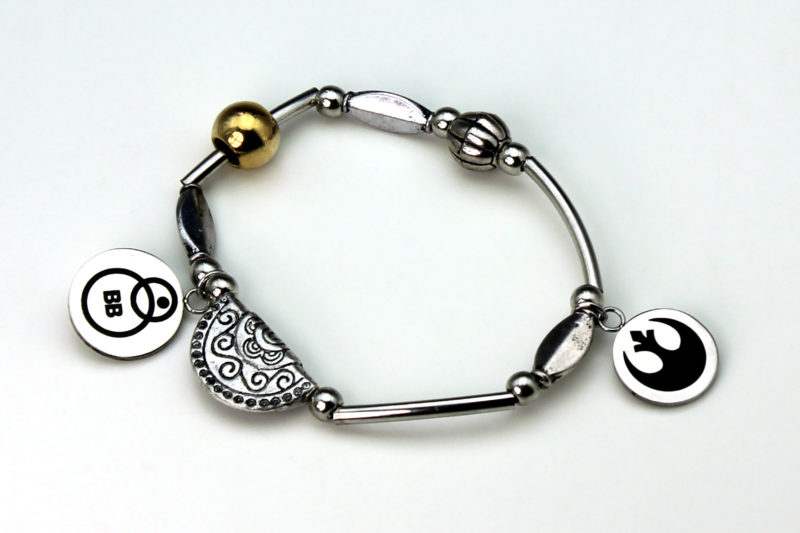 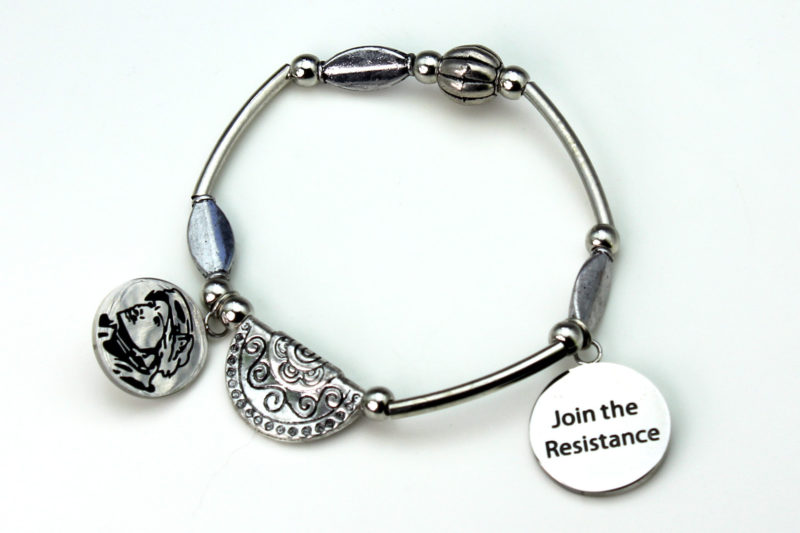