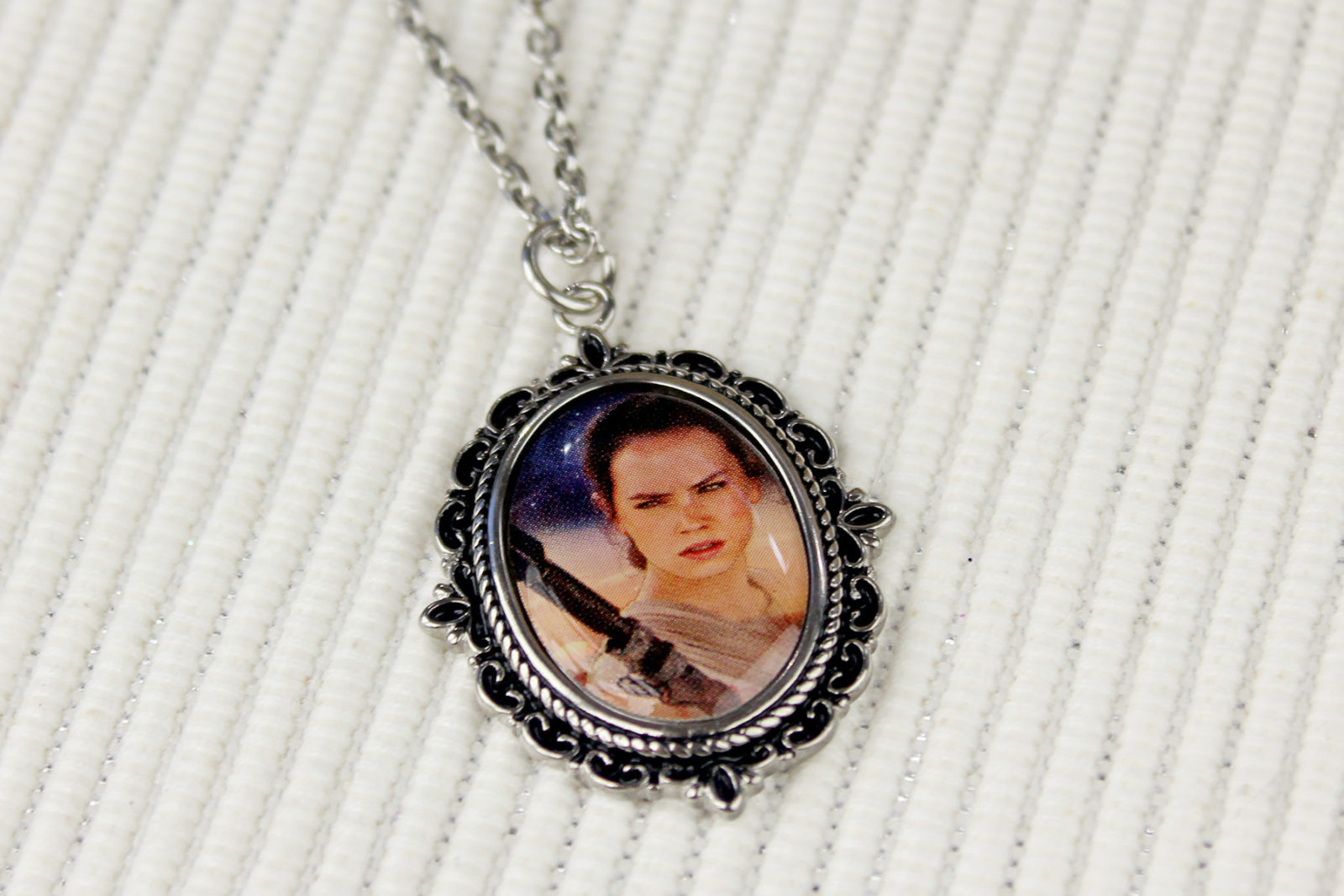 Today’s review features the Body Vibe x Star Wars Rey cameo necklace. A lot of licensed Star Wars jewelry tends to focus on classic helmets and droids (like Stormtroopers, R2-D2 etc), so I am always on the lookout for more female character themed accessories. It is great to see Body Vibe include Rey in their range of Star Wars jewelry – they also make the Rey bracelet set and Rey cuff bracelet. 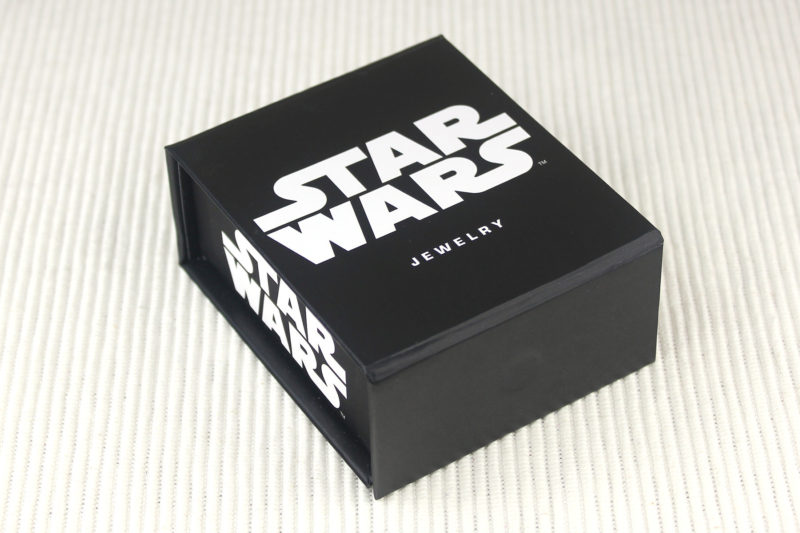 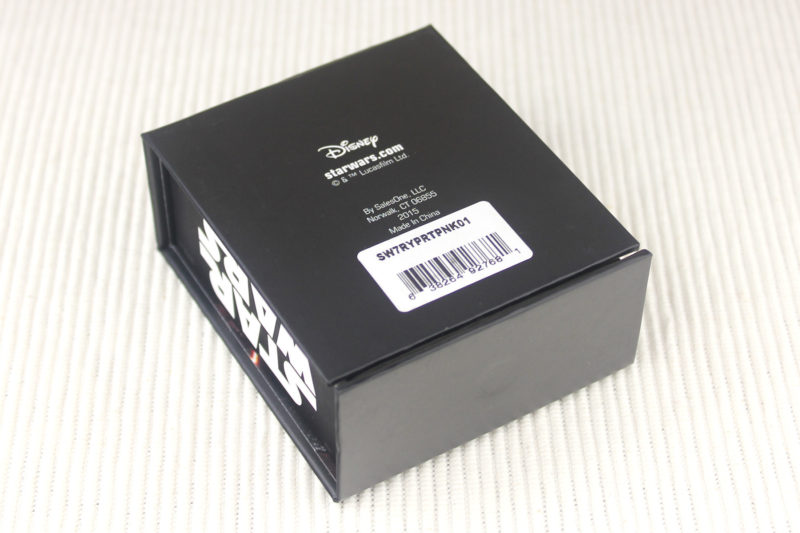 The necklace came in a nice black gift box, with the Star Wars logo on the outside. Opening the magnetic flap reveals The Force Awakens artwork inside the top lid, with the necklace on a backing card inside. The pendant had a small piece of clear plastic wrapped around it for protection, while the rest of the chain length was tucked behind the card insert. 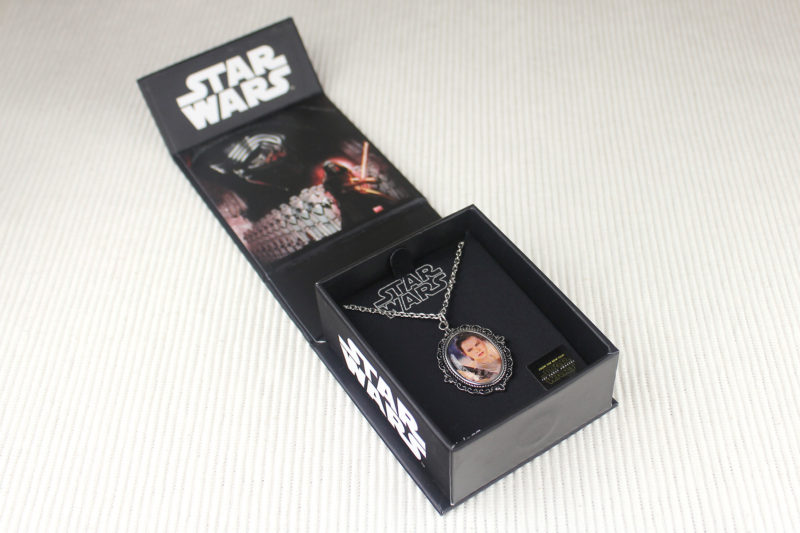 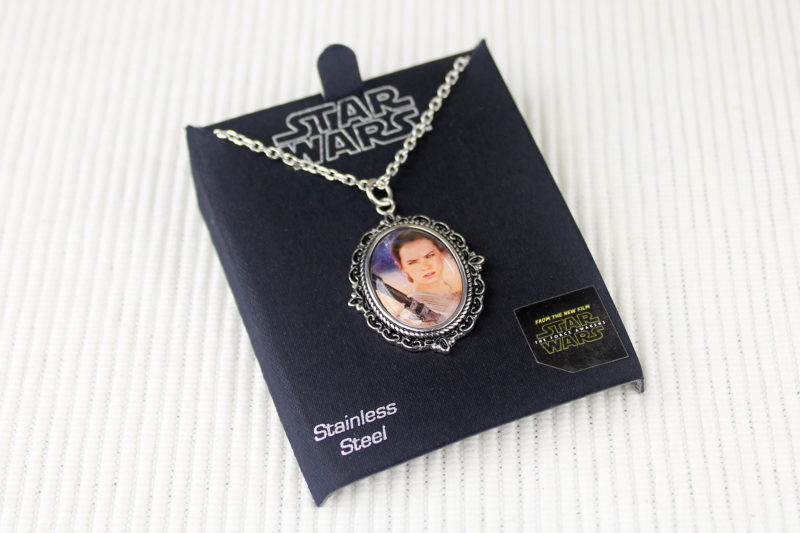 The necklace is made from Stainless Steel, and features a silver tone chain with cameo style pendant of Rey. The image is from The Force Awakens promotional artwork, depicting Rey with her staff on Jakku. The pendant measures approximately 2.65cm wide by 3.2cm high (not including the top hanger ring). 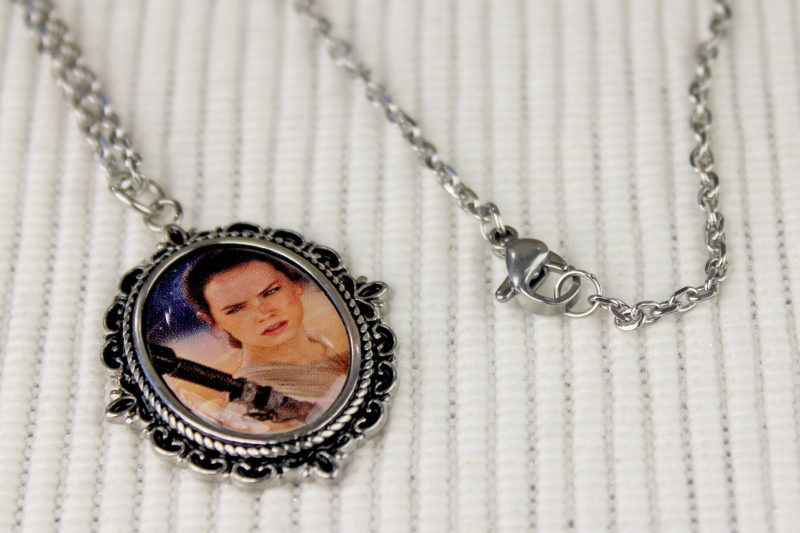 The front of the pendant features the printed image under a clear plastic dome covering, and fixed in a silver tone cameo setting. The scrolling border design is accented with black antiquing, which helps highlight the details. The back of the pendant is flat with a brushed finished, and etched with the standard copyright text ‘© & ™ Lucasfilm Ltd. S. Steel’ noting this is a licensed item, and made from Stainless Steel. 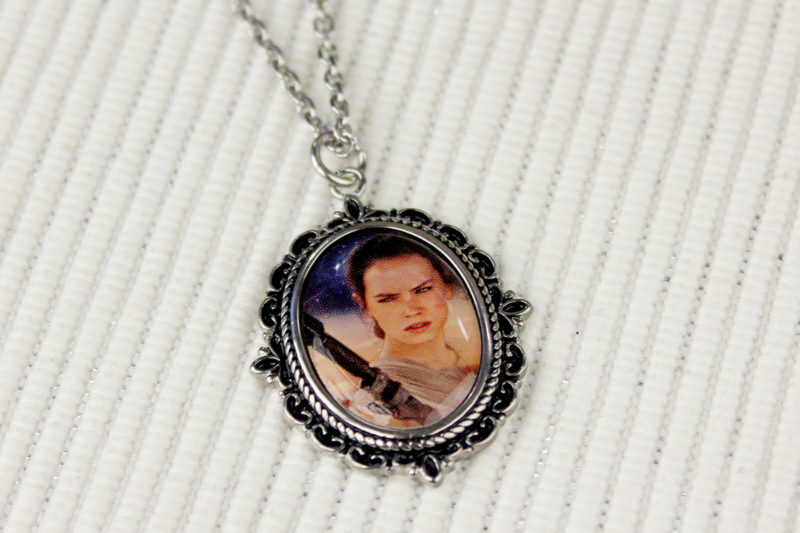 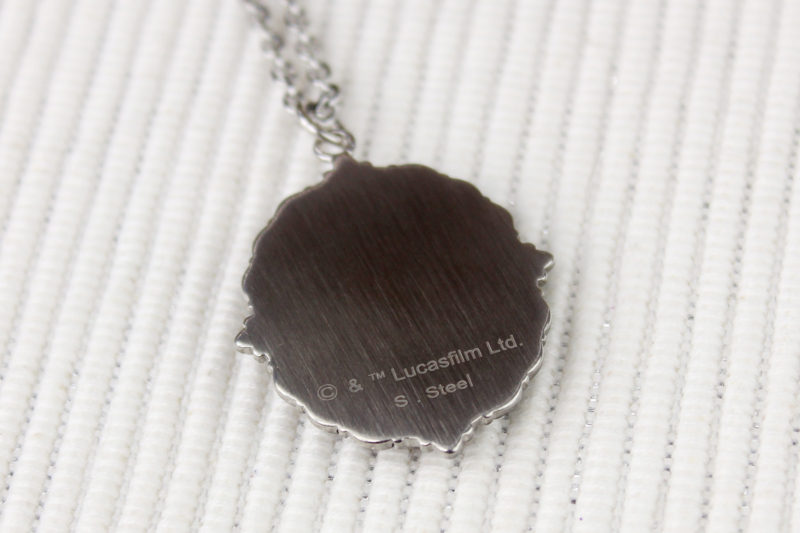 In my photos, the pendant image is a little pixelated – but this is only noticeable upon very close inspection. In my photos the pendant is shown larger than real size, so it has exaggerated the effect. It is not nearly as noticeable in person – in fact I didn’t even notice it until looking at it enlarged in my photos. 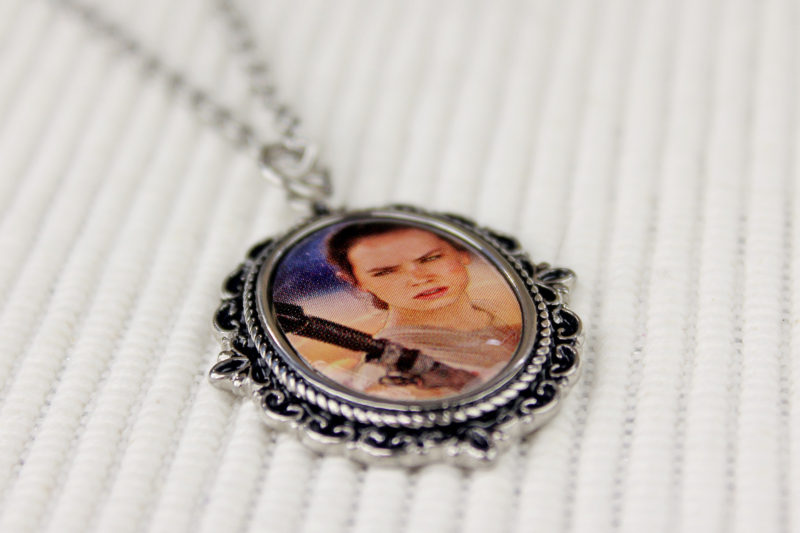 The silver tone chain measures approximately 46cm long, or 47.5cm including the end ring and clasp. The necklace has a ‘lobster’ style silver tone clasp, which works nicely. This necklace does not have any adjustment chain, it is a fixed length. Personally I find the length perfect, so I have no need for adjustment chain – but you can always hang the pendant from a different length/style necklace if you prefer. 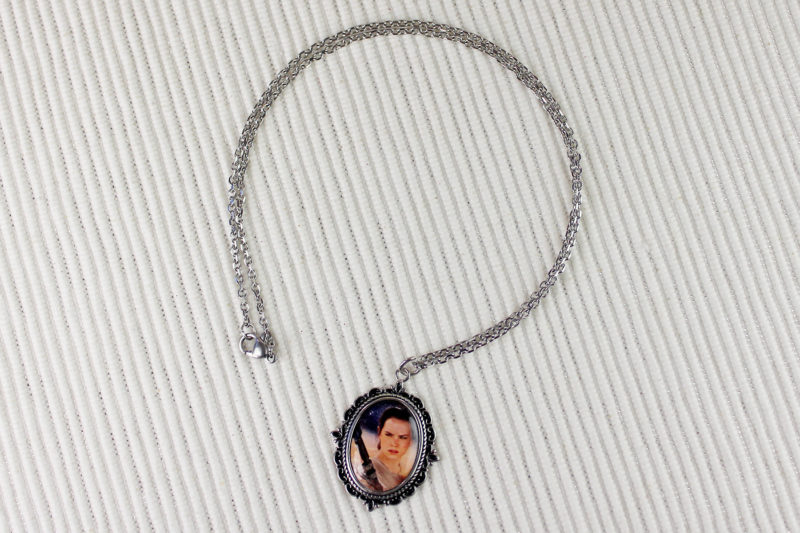 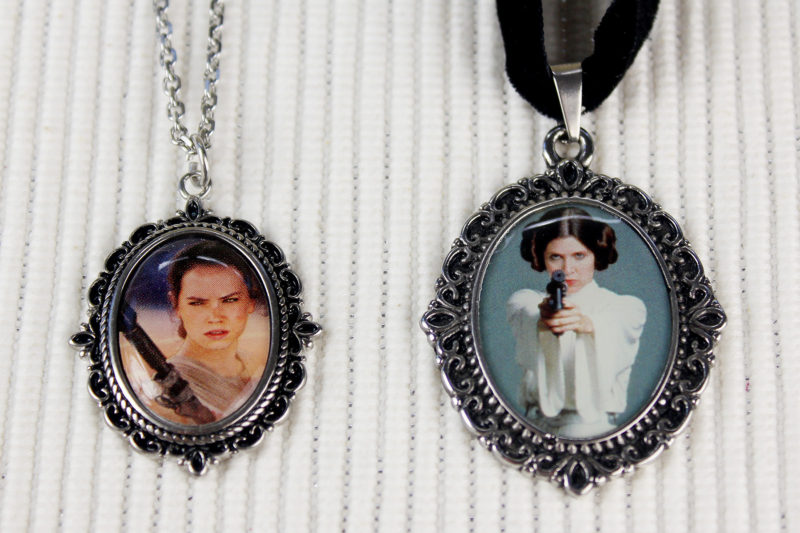 I am so happy to finally have a Rey themed necklace for my wardrobe. Unfortunately the ‘human face’ characters just don’t get featured as much in Star Wars jewelry, even though they are main characters! I know I’ll get a lot of wear from this very pretty necklace – a perfect finishing touch to any Rey themed outfit. 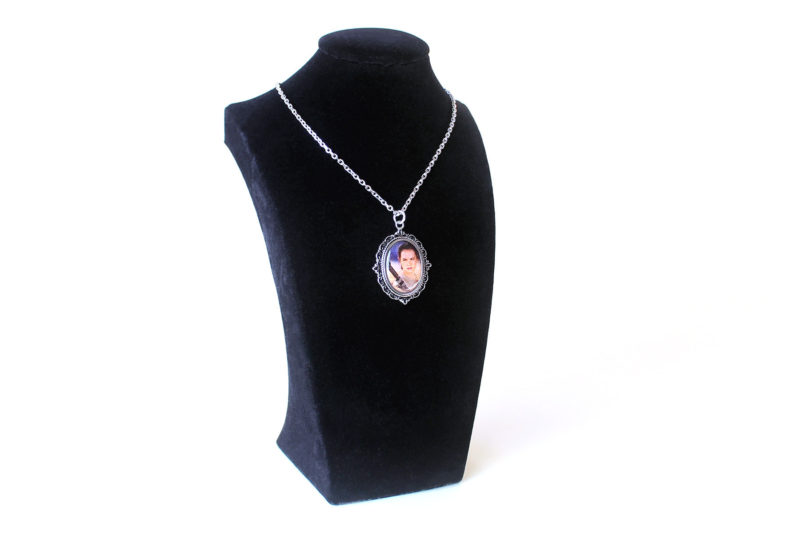