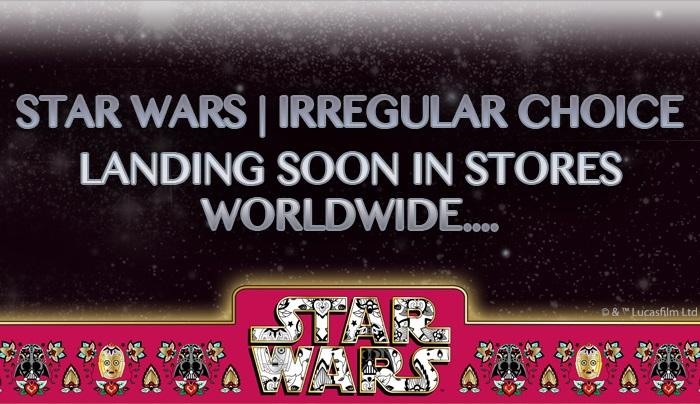 UK based footwear brand Irregular Choice has announced a new Star Wars footwear collection coming soon! This is really exciting news – the first collection was first revealed at Celebration Anaheim (I just about shrieked when I came across their booth, I’m a long time fan of Irregular Choice), with the collection officially releasing online/in stores in October last year. The first collection featured 14 styles, with prices ranging from £110.00 to £275.00 (US$168.00 to US$422.00).

The last collection was hugely popular, with some styles selling out within minutes. I was able to pick up four styles from the range (R2-D2, I Know, Skywalker, and Death Star), and they are amongst my favourite Star Wars fashion items. Of course I wish I could have bought more (some sold out styles later went for high prices on eBay), so this announcement of a second collection is great news! Irregular Choice says they have put systems in place to help cope with the strain on website on release day, but they’re not giving much else away. While some fans are guessing this new collection will be Episode 7 themed, possibly releasing on May the 4th, I guess we’ll just have to wait and see!

After amazing success taking our ‘first step into a larger world’ with our first Star Wars™ collection, we now make the jump to lightspeed with an all new fleet of shoes.
Limited Edition Irregular Choice | Star Wars™ landing soon in stores worldwide… 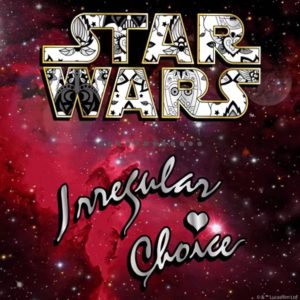 Photo sourced from and belongs to Irregular Choice.