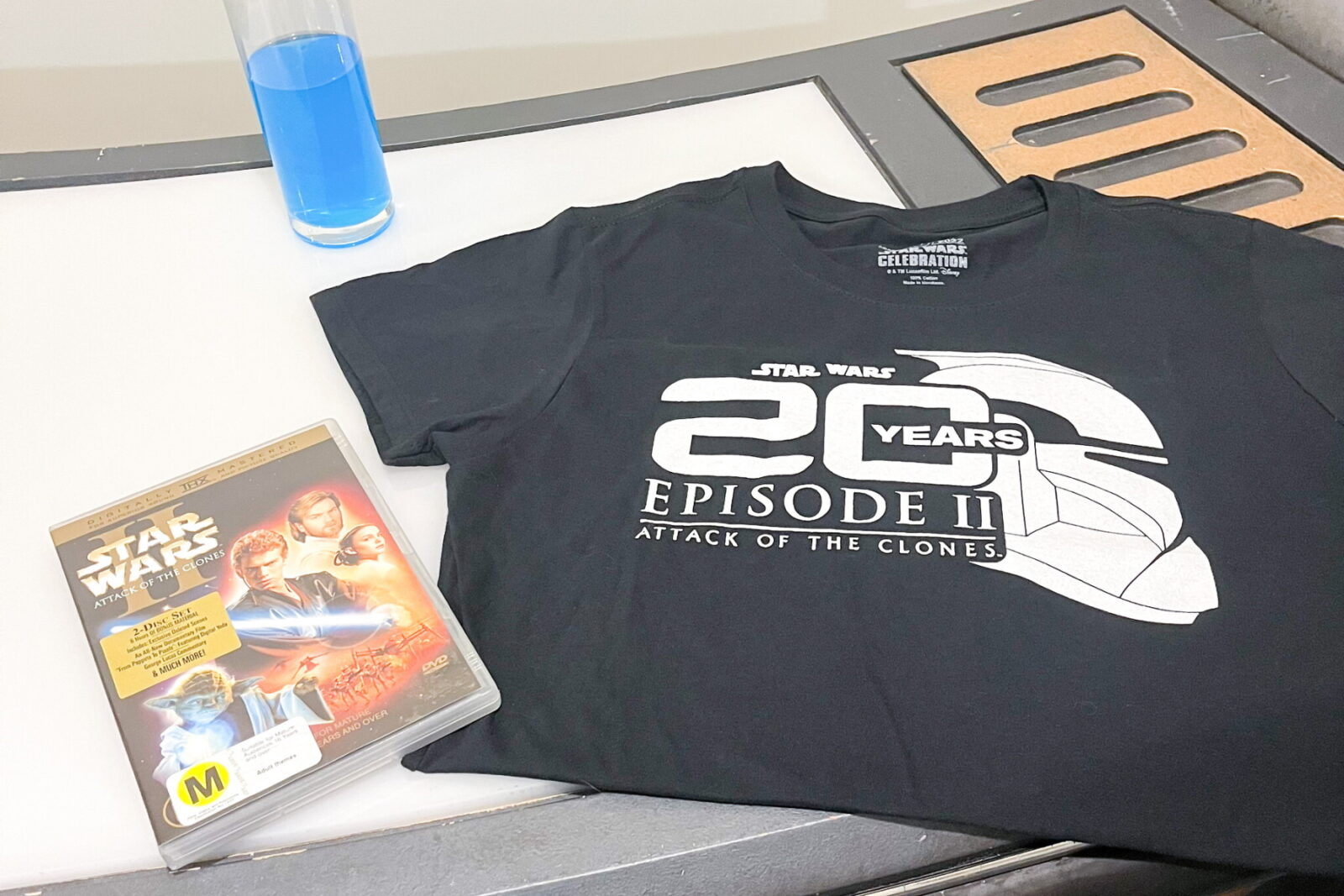 Happy Anniversary Attack Of The Clones! This film is so special to me, and to my family – my love of this film is how I met my husband, and it’s been a part of our life story together ever since. So, to celebrate the 20th anniversary, I have something special to share!

A few months ago, I teased a big project in an earlier post where I shared this tidbit and photo of a crew t-shirt from AOTC against a random backdrop…

There’s been another big distraction for me this year, a project that is coming along nicely, with some big help from my parents. It’s been quite an adventure, and I’m not quite ready to reveal it, just yet. It’s not fashion-related, but as a family of Star Wars fans, this project has been one of the highlights of our year.

And now, I can fully reveal what the big project was…. we now own a real piece of Star Wars! This is a section of the Outlander Club bar, as seen on Coruscant in Attack Of The Clones. It was rescued from the junk pile after filming wrapped in Sydney in July 2000, and now it resides in our display room. A real, screen used piece from Star Wars – owning this is a dream come true!

Here is the full video about how we acquired this piece, from our personal blog Villa Varykino –

For reference, here is a screenshot from the film, and a photo from production showing the set –

Technically, the bar has been in our possession for a little while, but it needed very careful cleaning and a sturdy base built for display. In order to get it all finished in time for the 20th anniversary of Episode II, we spent most of our free time working on it. And we just made it – we toasted with a round of blue drinks, just like Obi-Wan Kenobi.

I know this set piece isn’t really Star Wars fashion related, but it is such an important life event for me, I wanted to share it here as well. I had fun taking a few photos of some of my Episode II apparel with it, including the new AOTC 20th Anniversary t-shirt that they just released at Celebration. My husband and I are big Star Wars collectors, and now this set piece is the crown jewel of our collection.

If you’d like to read more, check out our personal blog Villa Varykino

May the Force be with you!