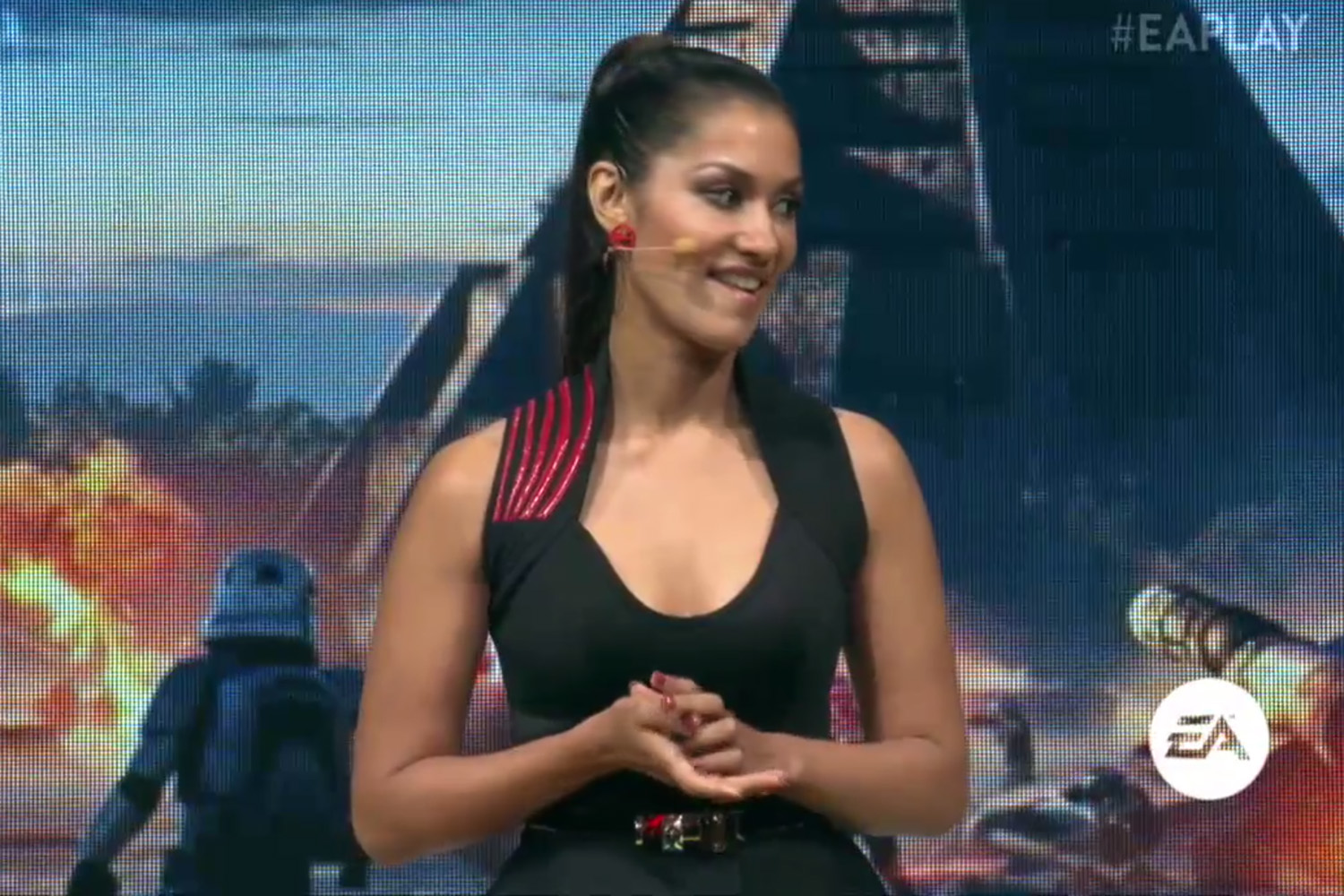 I love Star Wars videogames, so of course I had to get up early to watch the EA Play 2017 livestream, to see the new preview of the Battlefront II ‘Assault On Theed’ gameplay. Actress Janina Gavankar, who plays Inferno Squad Commander Iden Versio, took to the EA Play stage to introduce the game. I was excited to see that her black dress was detailed in an ‘everyday cosplay’ style of her in-game character!

The black dress features 5 red stripe details on the right shoulder, to resemble the costume details of Commander Iden Versio, the leader of Inferno Squad in Battlefront II. Janina’s belt also adds to the look, with red and silver details reminsicent of the chest box worn by Inferno Squad/TIE pilots. The dress was custom made for her by fan label Elhoffer Design! *update* You can now pre-order this ‘Galactic Commander dress (minus the red shoulder detail and belt) – check it out here.

I love seeing those involved with the Star Wars universe show their love of the franchise – especially when it is through their fashion style. Jaina has worn Star Wars apparel before – like this Vader sweater. Just a few small details turn Janina’s dress into a subtle Star Wars outfit – I love it! 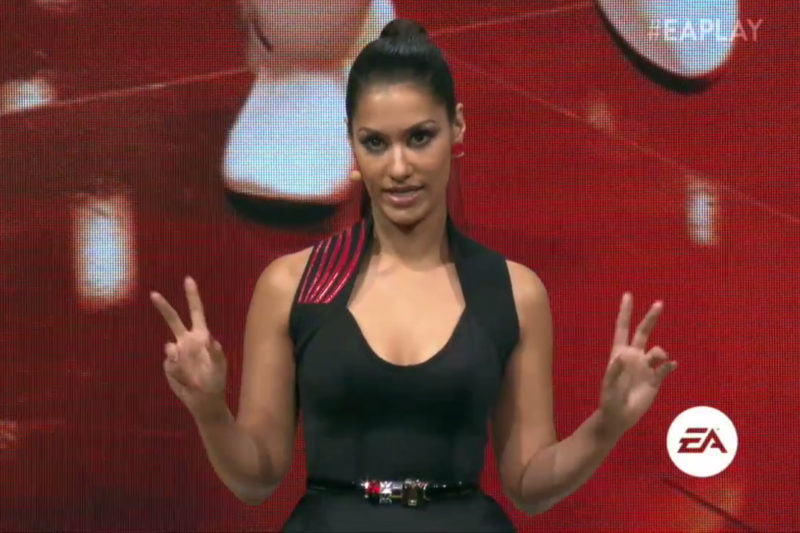 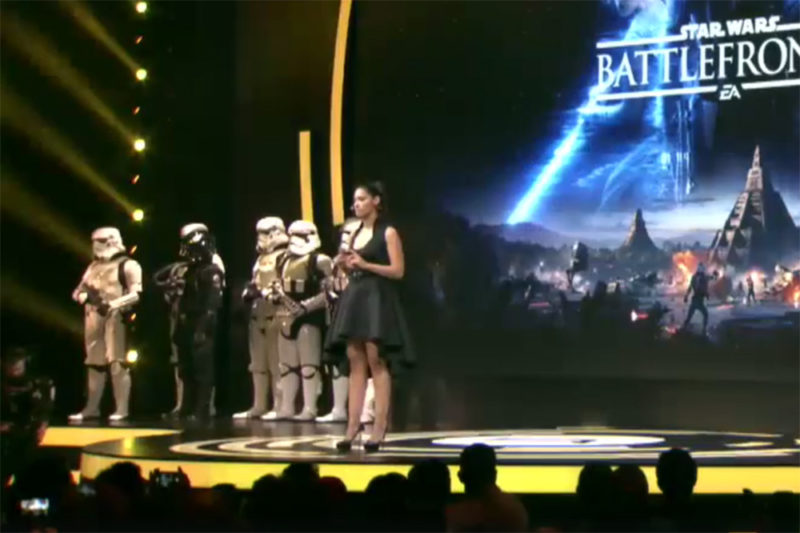 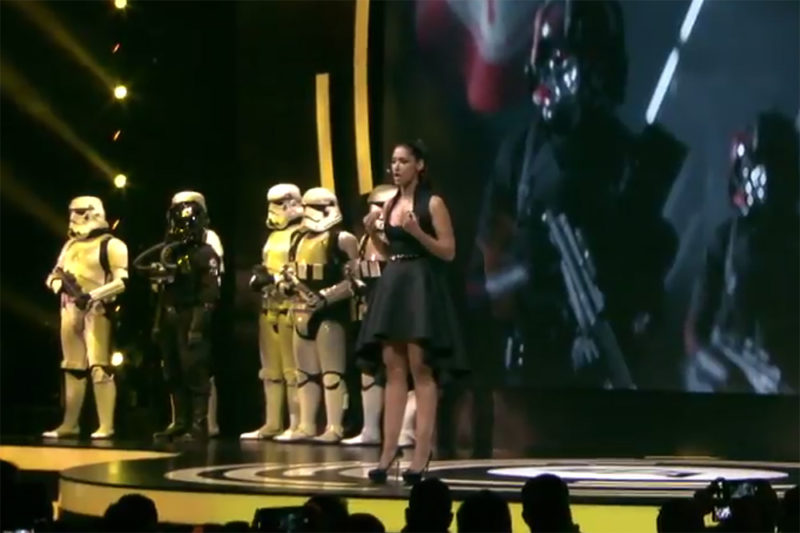 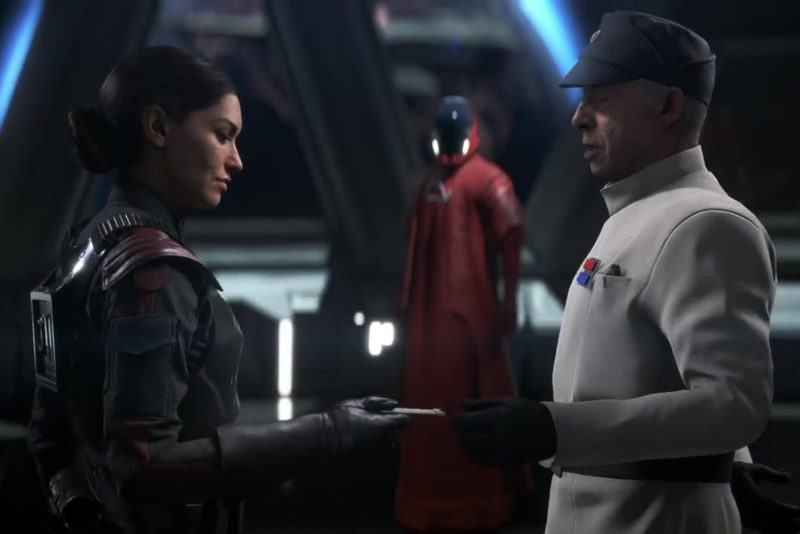 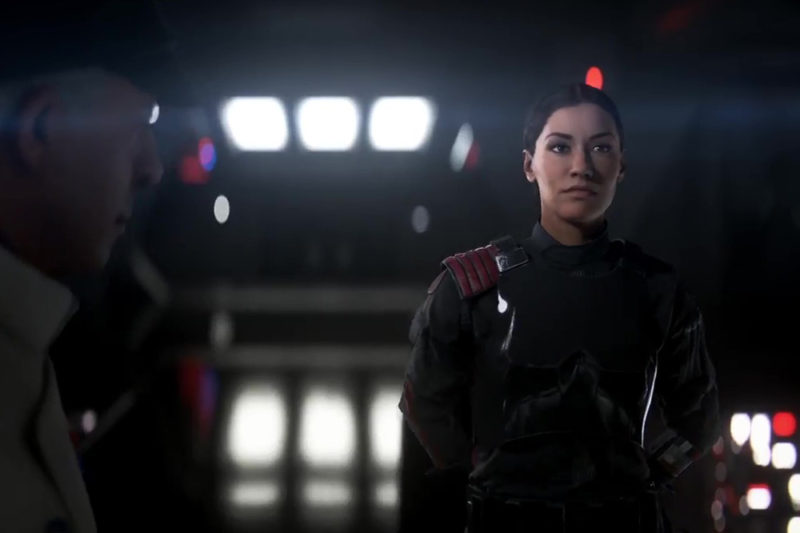 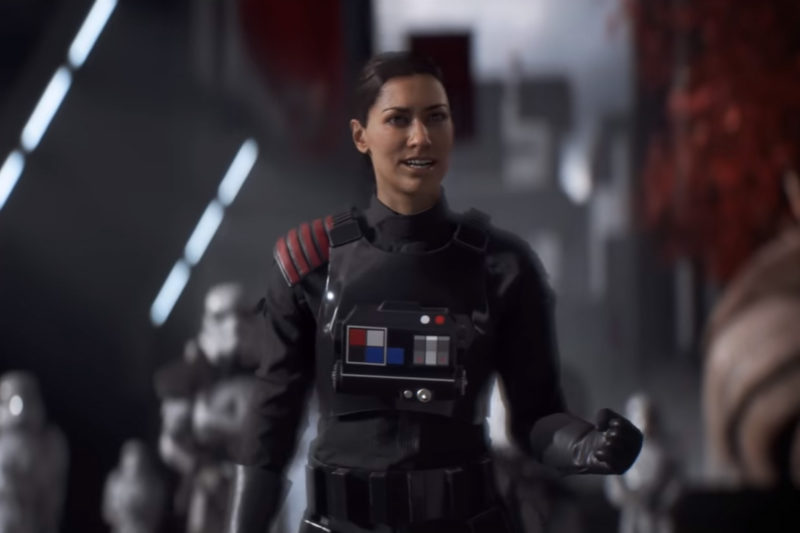 Photos sourced from and belong to EA Play 2017 livestream.