As I mentioned in this post about the fantastic We Love Fine x Goldie collection, I quickly ordered my favourites as soon as they were released! Trying to limit my spending, I choose my three favourite pieces from the collection, The Empire Strikes Back skirt, Death Star Battle Scene dress. I’ll probably end up picking up a couple more of the other designs later – I hope they release more designs in the future too.

The Empire Strikes Back skirt features a front and back comic screen print on a knee length skirt with elastic waistband. I have seen this design on leggings, but it works so much better on a skirt. Darth Vader is on the front, with Imperial Star Destroyers on the back – the panels are cropped, so the text is cut off, but I feel this really works. The recognizable imagery is there, and the bold colours and print really gives that classic comic book feel. The panel itself is the cover of issue #39 from the original 1980 Marvel comic adaptation of The Empire Strikes Back, art by Al Williamson. The fabric is 95% Cotton, 5% Spandex, so it has good stretch, but too much stretch will distort the print, and the base white fabric begins to show, particularly in the black printed areas. The fabric is thicker than I was expecting, which is nice – I thought it might have been closer to t-shirt weight, but it’s a bit stiffer, due to the all-over print. 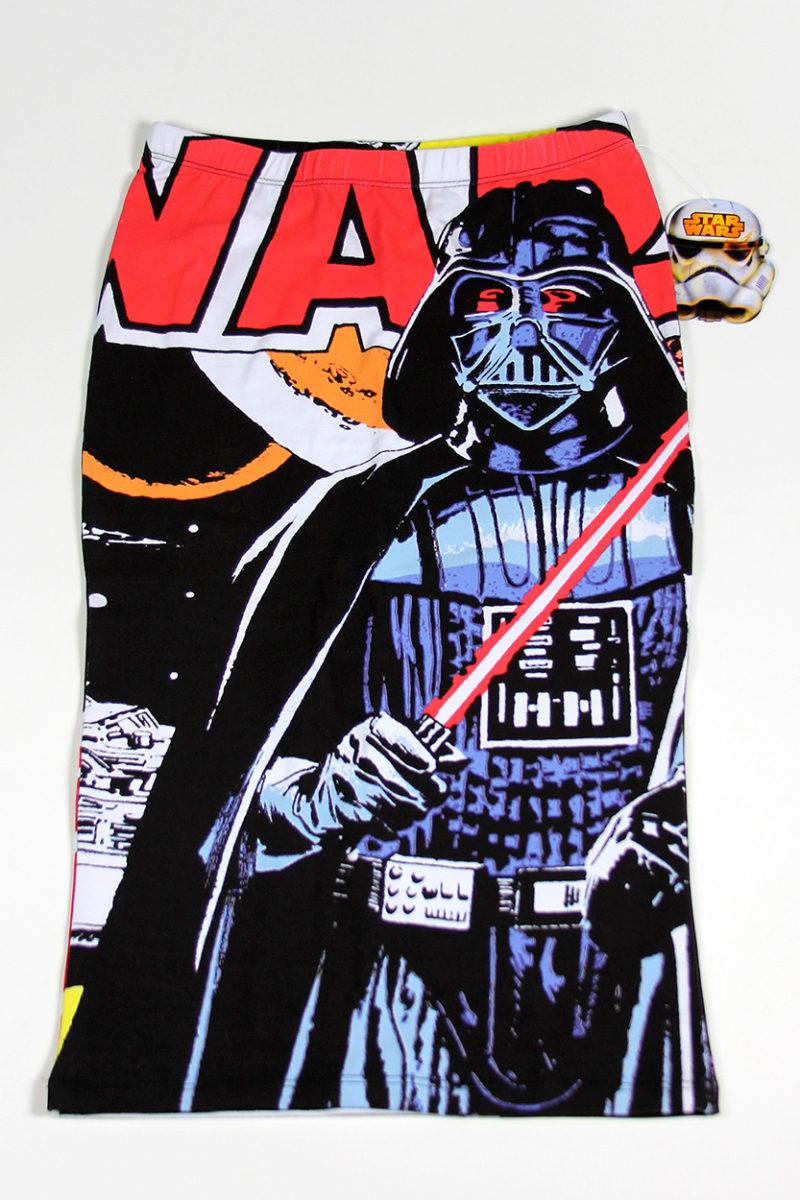 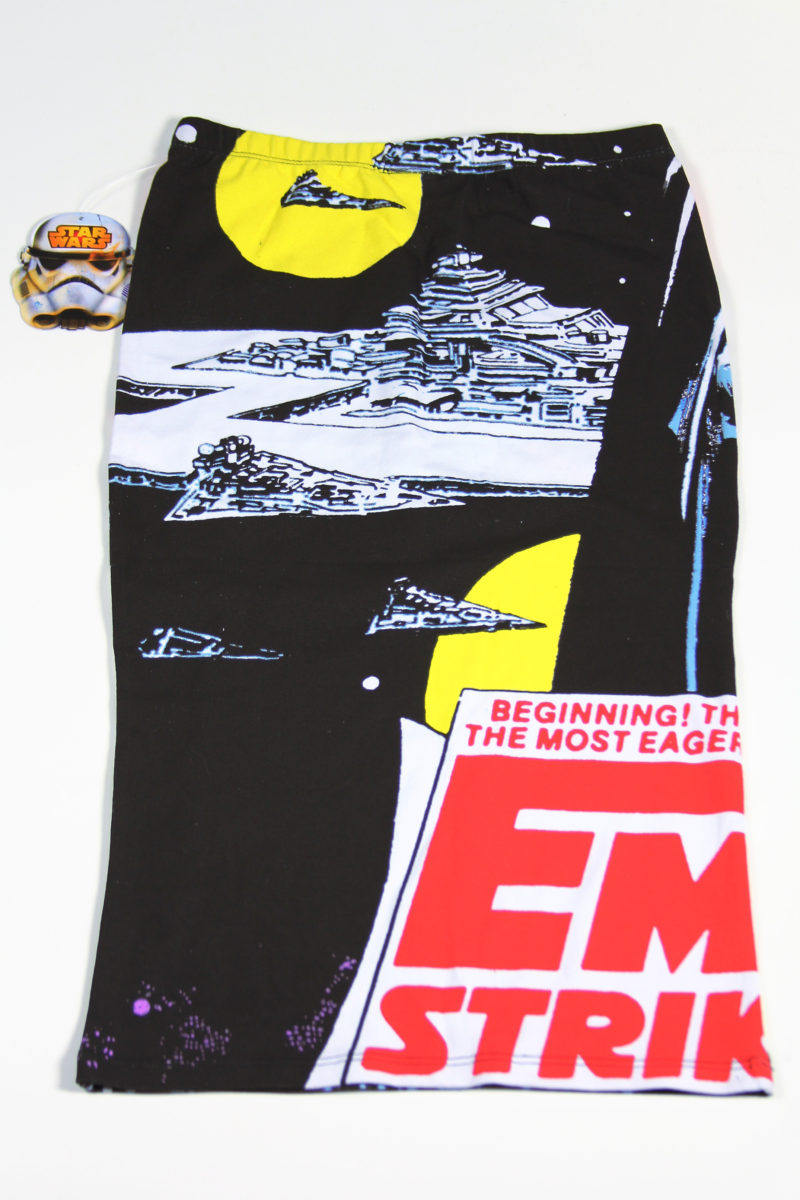 The Galaxy Wars jacket was a must-have for me, and in person it’s even better. The fabric is 95% Polyester, 5% Spandex, so it also has stretch. It’s not fleece lined like a hoodie style top, so it’s more of a casual jacket than for getting warm. The zip is a chunky black plastic style, which is good, as I’ve heard metal ones can snag similar fabrics when worn open. The print is vibrant, featuring the recognizable John Berkey Death Star battle art work, a favourite of mine. 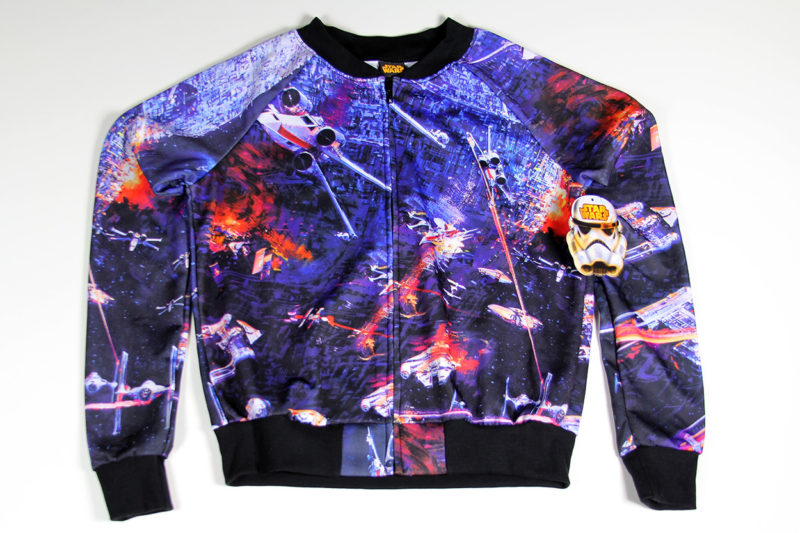 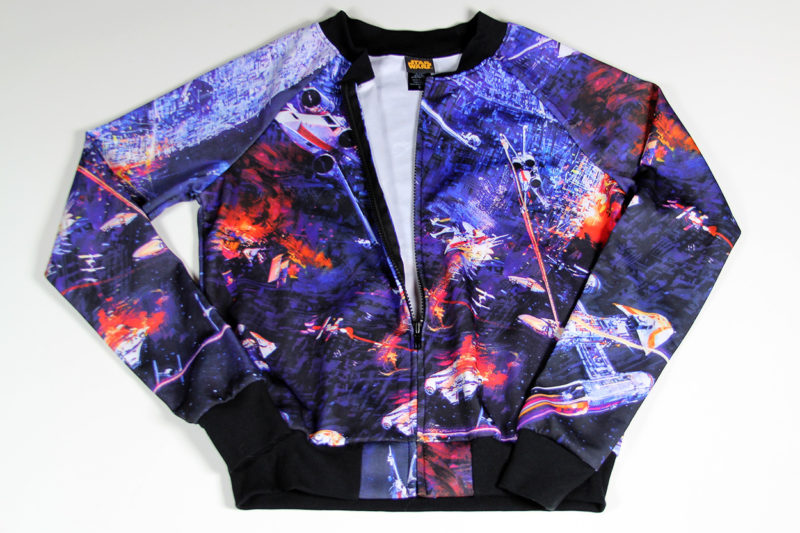 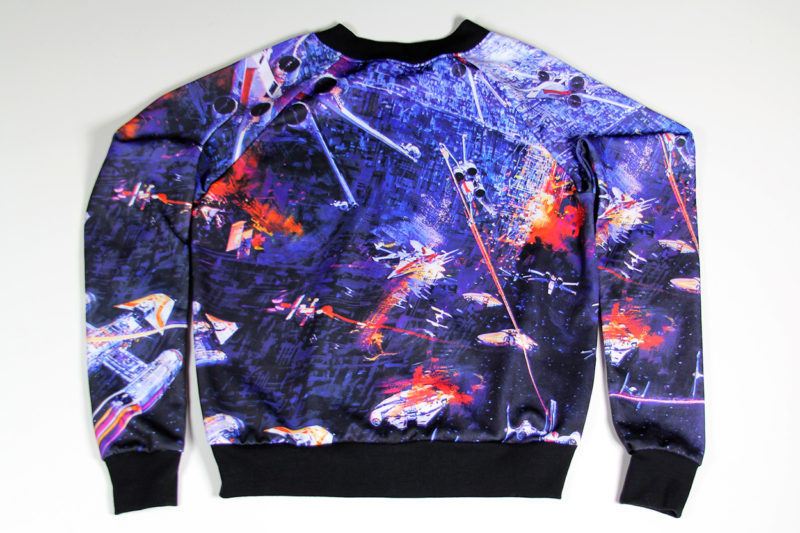 The Death Star Battle Scene dress appealed to me for it’s design, more than clarity of print. It features a slip-on skater dress style cut, with ‘winged’ sleeves and a transparent mesh back. At first I was a little disappointed they didn’t continue the design onto the skirt, instead opting for the background stars. Seeing it in person, it works well, also allowing for belts to be worn without cutting up the print. The filtering of the print reduces it’s obvious Star Wars-ness, making it a little more artistic and less like a block front print of a t-shirt, which compliments the style of dress. 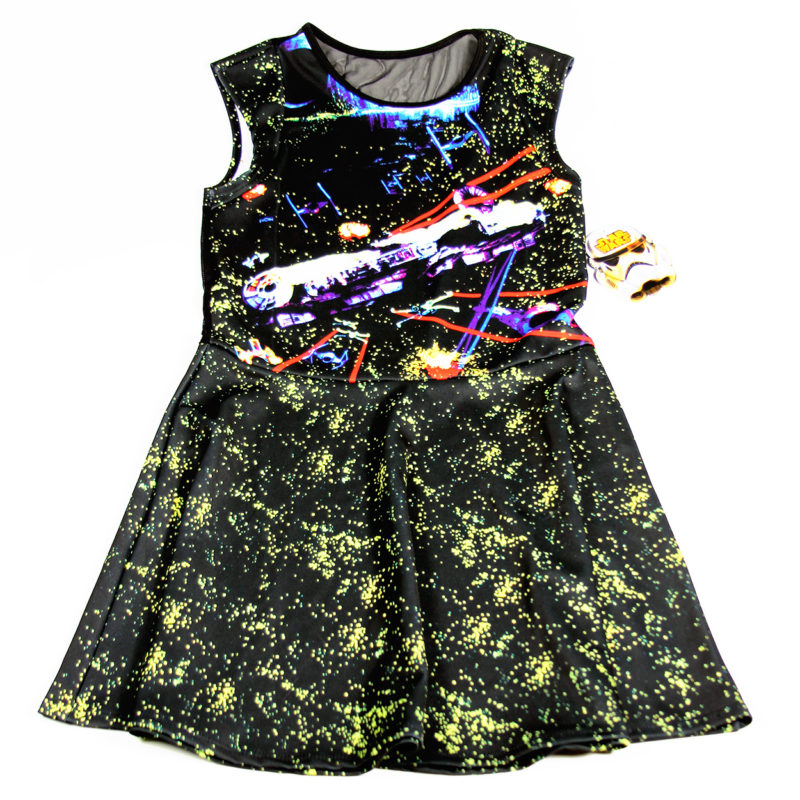 The mesh back panel may be a problem for some people, but I quite like it – perfect for cage bras. The body of the dress is the same fabric as the Galaxy Wars jacket (95% Polyester, 5% Spandex), so it’s thicker than I was expecting. The We Love Fine description mentions a “gold metallic patch”, but this could be an error in the text, as mine does not have one (it isn’t shown in the website photos either, whereas it is visible on other designs where it is mentioned). The garment tag is in the waist seam, rather than at the neckline, so make sure it’s tucked down when wearing. 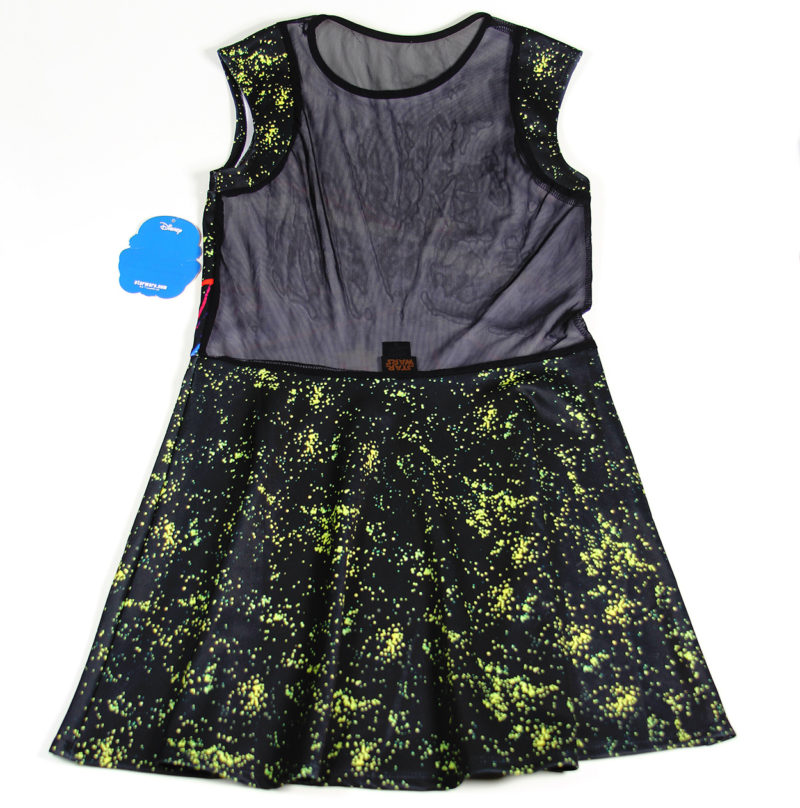 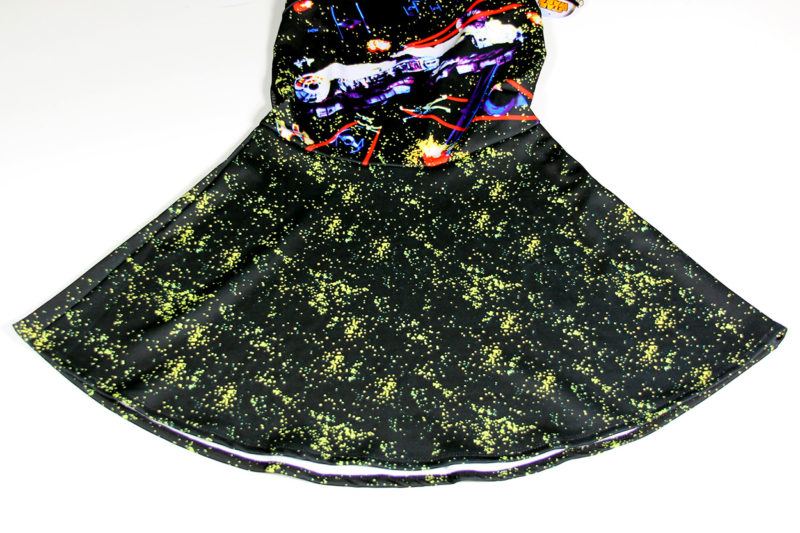