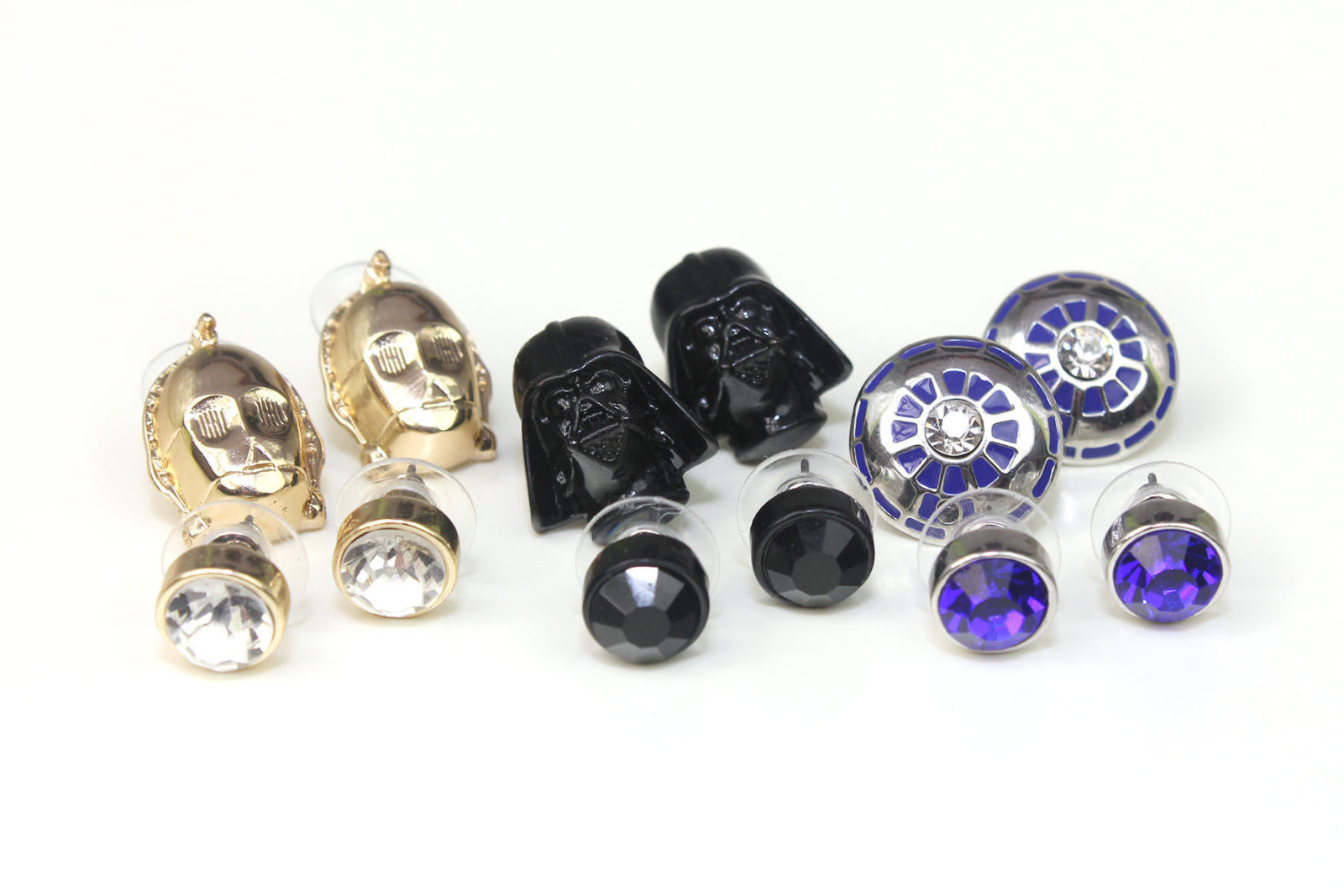 Back in November, Torrid released this Star Wars stud earring set. Made by SG@NYC, the set contains six pairs of stud earrings – three feature Star Wars characters (C-3PO, Darth Vader, and R2-D2), while the other three feature a singular large complimentary color rhinestone. The Star Wars earring set was priced at US$20.50, but I paid US$12.30 during a sale – it is still available from Torrid.

I was particularly attracted to this set because of the angle used for the R2-D2 earrings, as it is not often used for Star Wars accessories. It is a much more subtle design than the standard front-facing view point – Torrid also sold an R2-D2 ring with a matching design, which was very popular. 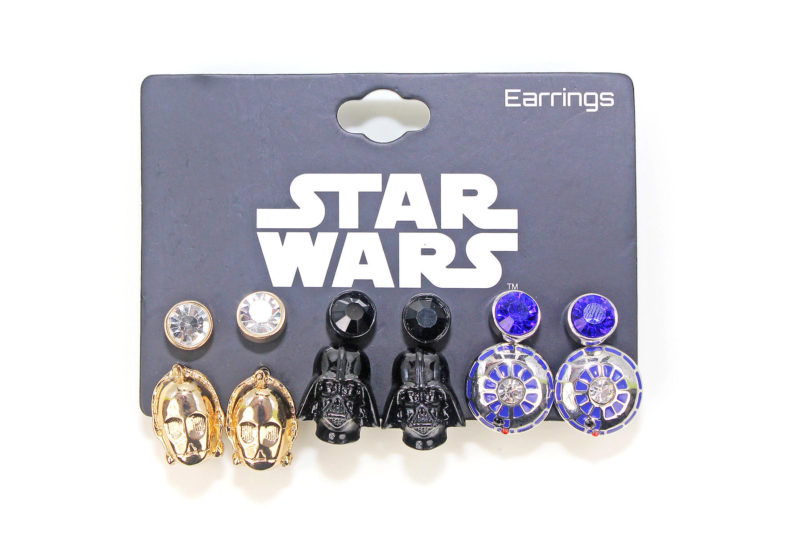 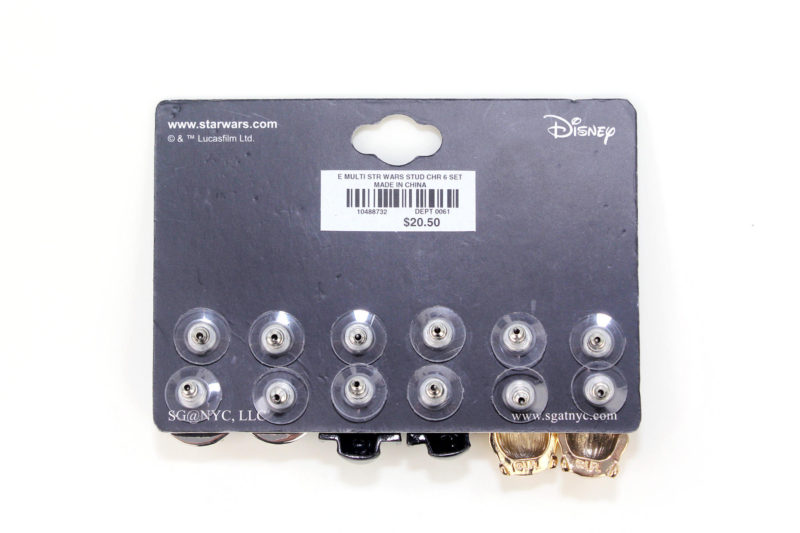 The earring set came packaged on a black cardboard backing card, with branding on the front and back. The set includes six pairs of stud earrings – three sculpted character earring pairs, and three rhinestone earring pairs. Each stud earring has a clear plastic disc backing, which is often used for comfort with larger/heavier earrings. The set is well coordinated, with the rhinestone earrings featuring a complimentary color stone for each of the characters –

The earrings are bigger in person than I was expecting, but Torrid does favor a more ‘chunkier’ style of jewelry. The rhinestone earrings measure approximately 10mm across, while the character earrings measure approximately 18mm to 22mm high. I have two piercings in each ear lobe, so I was hoping to wear coordinating sets together, but sizes are too large to fit side-by-side. The character earrings look great when worn on their own, but for me, they overlap too close to my second piercing, so I can’t wear two sets together. I mainly bought this set for the R2-D2 character earrings, and these look great worn by themselves (and wide enough to actually cover my second piercing). If you only have one piercing in each ear, then you’re fine – the color rhinestone earrings are great for coordinating with a character-themed outfit in a subtle way.

Personally, I find the backings are not really secure enough for these heavier stud earrings, I don’t trust them enough to hold on for a full day of wearing. I plan to try a few other earring backings I have, to find a better fit – I really don’t like being anxious about an earring falling out! Overall, for the price I paid, I’m happy with the set – US$12.30 for unique R2-D2 earrings? Yes please – plus they came with bonus pairs! 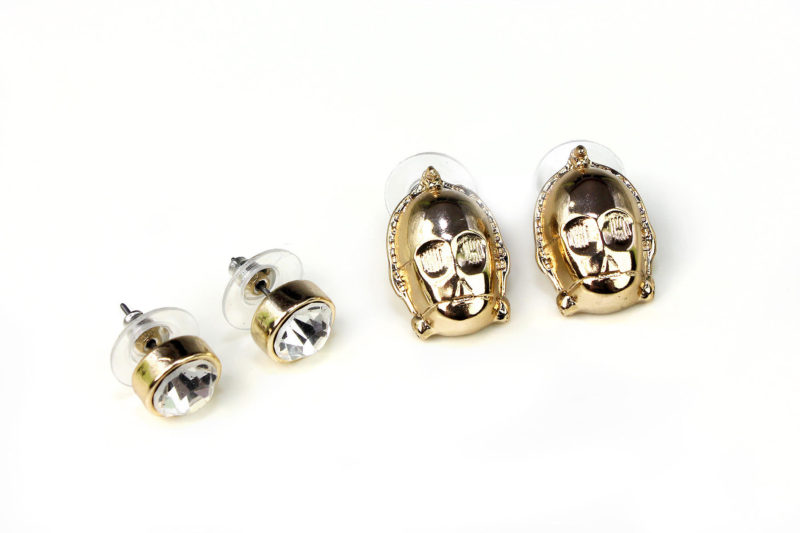 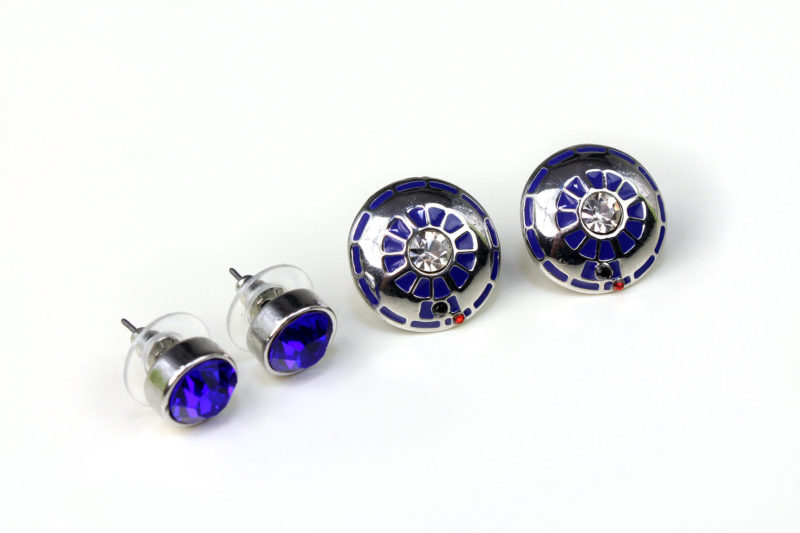 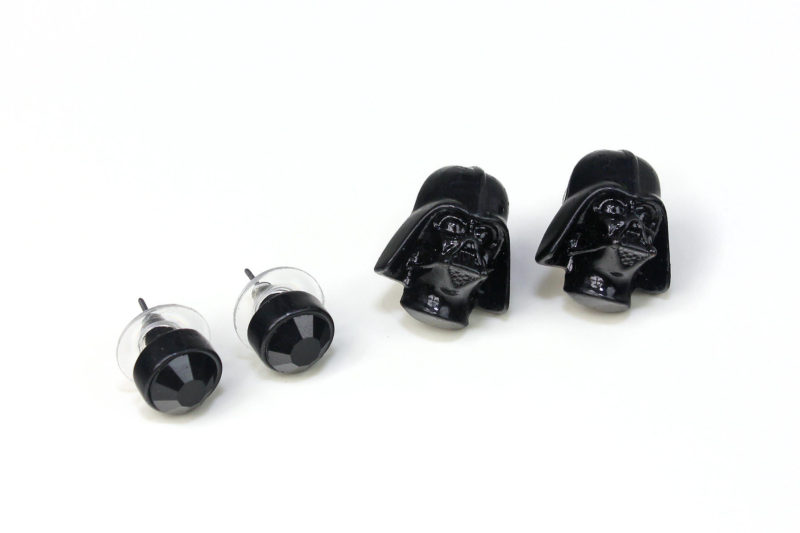 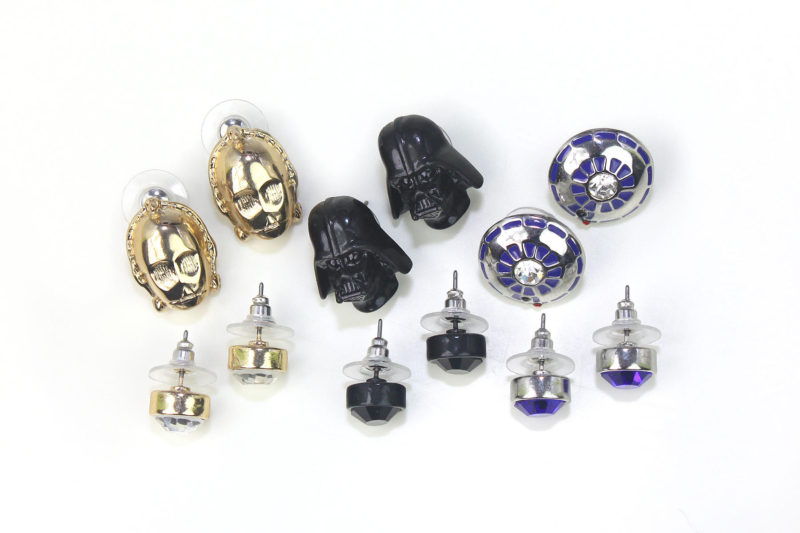