In 2009 costume replica company Museum Replicas announced their Star Wars collection. While I had no interest in buying their version of Padme’s ‘packing gown’ from Episode 2, I did buy the co-ordinating leather shoes. They aren’t really visible on screen, but I wanted them to wear with Padme’ costumes, and with Padme’ inspired outfits. Unless you have knowledge of the style, they aren’t recognizably Star Wars, great for a subtle touch to an outfit. Museum Replicas didn’t ship outside the U.S. but the now-gone StarWarsShop.com also stocked them, so I was able to purchase my pair from them. They cost US$75, which I thought was quite reasonable for leather shoes.

Museum Replicas no longer make Star Wars items, the prop/costume replica companies Anovos and eFX hold the licenses now. I hope they eventually make individual Padme’ pieces like these, usable for both costuming and regular wear. Though I do find it interesting that Anovos doesn’t make any footwear for it’s replica Star Wars costumes, as their license doesn’t cover footwear. Perhaps it conflicts with the contracts of Vans and Adidas for licensed Star Wars footwear, even though they don’t make/offer replica items, only branded items.

Back to the Museum Replicas shoes – I found the shoes to be a bit narrow, but my feet aren’t slender. Originally I purchased my usual size, but ended up buying a second pair a size larger to compensate for the narrow width. I do love the style, with it’s ‘Coruscant Curve’ design of the heel. 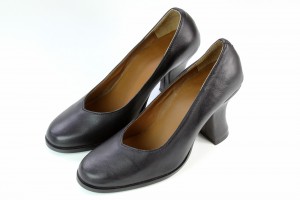 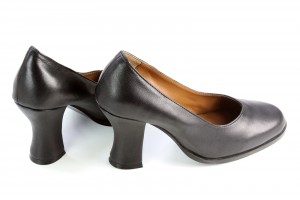 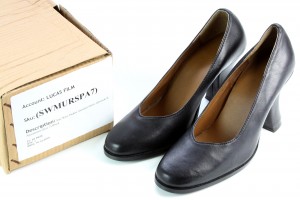