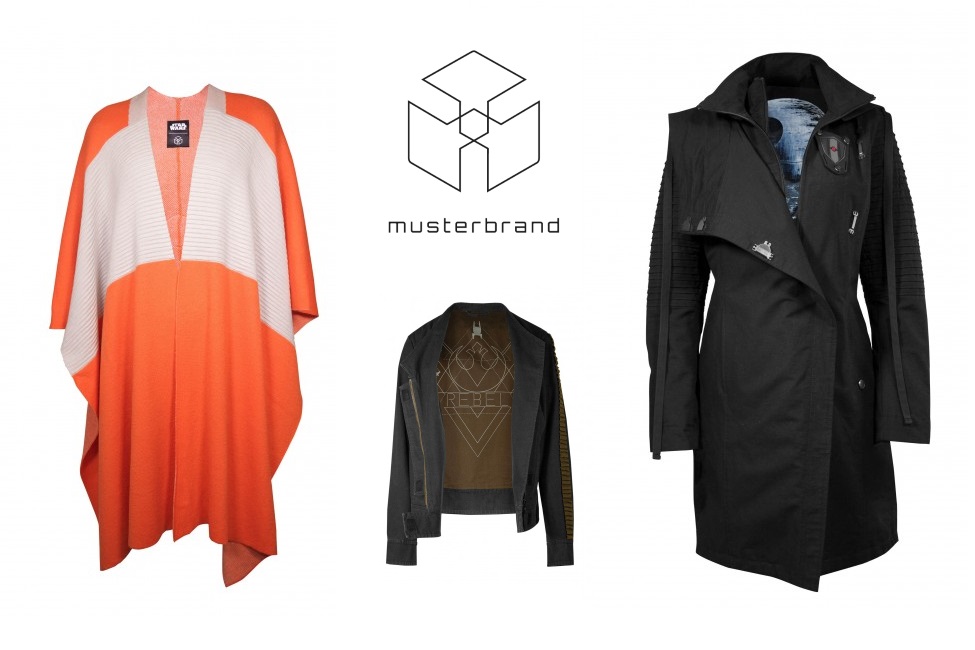 Today’s Star Wars fashion behind-the-scenes interview article features a conversation with Musterbrand founder and CEO, Knut Bergel. Musterbrand’s Star Wars range clearly shows their passion for wearable, durable, and stylish apparel, that mixes real world design with Star Wars inspiration. They are definitely a brand to watch, and support, they are leading the way in what geek fashion should be about – creating stylish apparel for fans everywhere.

I first discovered Musterbrand in late 2015, when they announced the launch of their Star Wars range with the Sith Lady coat, TIE Fighter jacket, and Star Wars scarves. Since then, the Musterbrand x Star Wars apparel range has expanded to include more jackets, knitwear and cardigans, swimwear, and even men’s footwear!

MUSTERBRAND is the leading designer label of premium pop culture apparel and accessories. Founded in 2010 by Knut Jochen Bergel, MUSTERBRAND has established a reputation of high quality, chic designs based on the biggest franchises in entertainment, such as Star Wars, Street Fighter, Assassin’s Creed, Halo, World Of Warcraft, and more.

MUSTERBRAND blurs the lines between fashion and gaming like no apparel lines have before. Each item is crafted in partnership with the studio’s development teams, ensuring authenticity that resonates with fans. MUSTERBRAND’s products are made from only the highest quality fabrics, with sturdy construction and a meticulous attention to detail from custom-molded logo buttons to iconic assassin’s hoods.

Shop the Musterbrand x Star Wars range direct, or from a variety of stockists – Musterbrand can ship internationally!

I recently had the incredible opportunity to ask Knut a few questions about Musterbrand, how he came to start Musterbrand, and the design process of creating Star Wars inspired apparel. Read on for the full interview –

How long have you been a Star Wars fan?

Since 1980 when my family emigrated from communist Romania.

What was it about the franchise that initially caught your attention?

Star Wars was my first contact with a sci-fi world. My imagination was immediately blown away when I saw the first trailer. 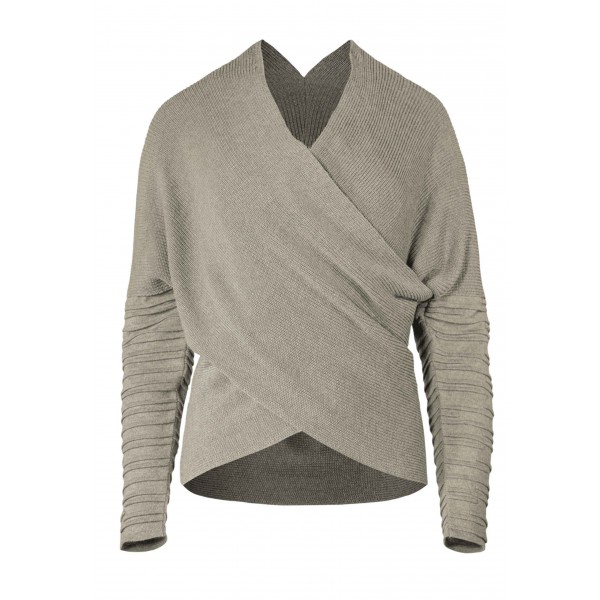 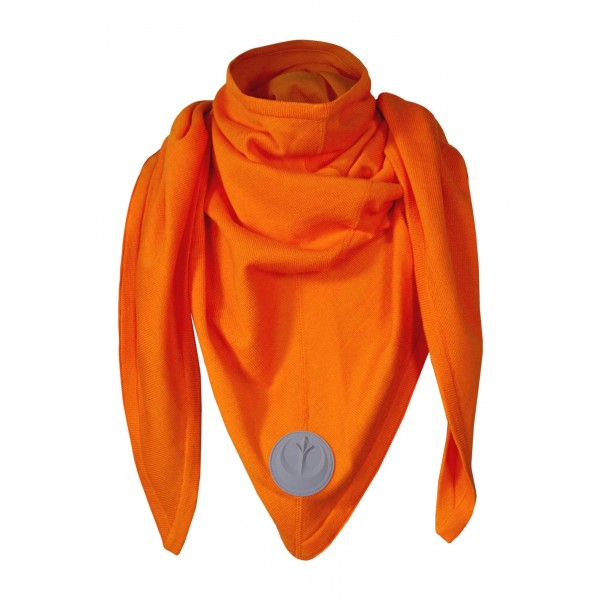 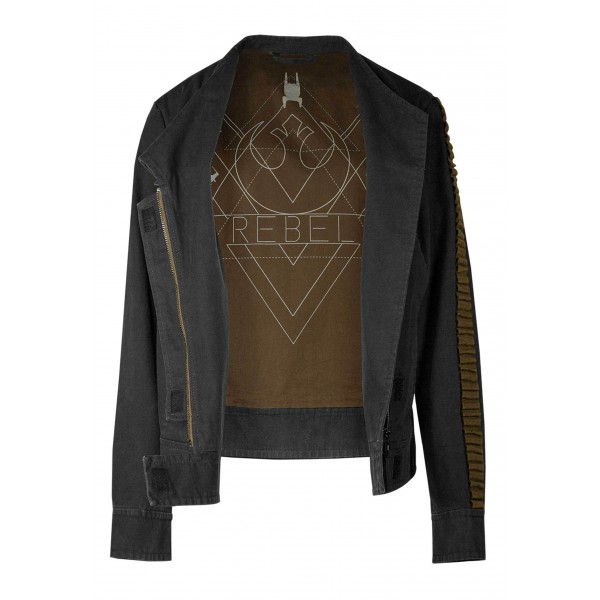 Do you have a favourite Star Wars character?

Not really but I sympathize with Han Solo.

How did you come to start the Musterbrand company? What distinguishes Musterbrand from other ‘geek culture’ clothing companies?

I worked for over 15 with a very passionate audience in the video game industry. I realized that the so-called ‘millennial’ is looking for fan clothing which he can wear in his day to day life and at work. We have established our own design signature and style how we translate the IP’s into contemporary fashion. 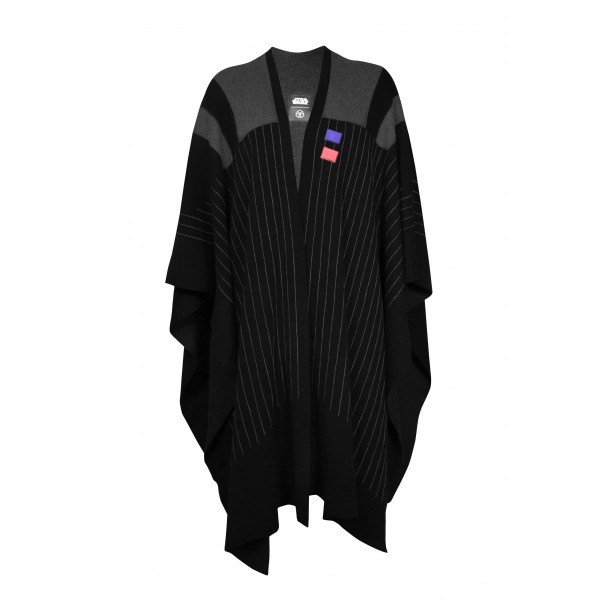 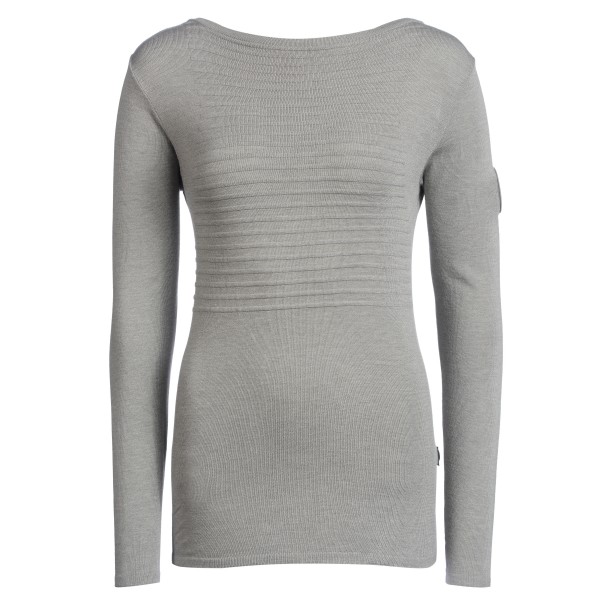 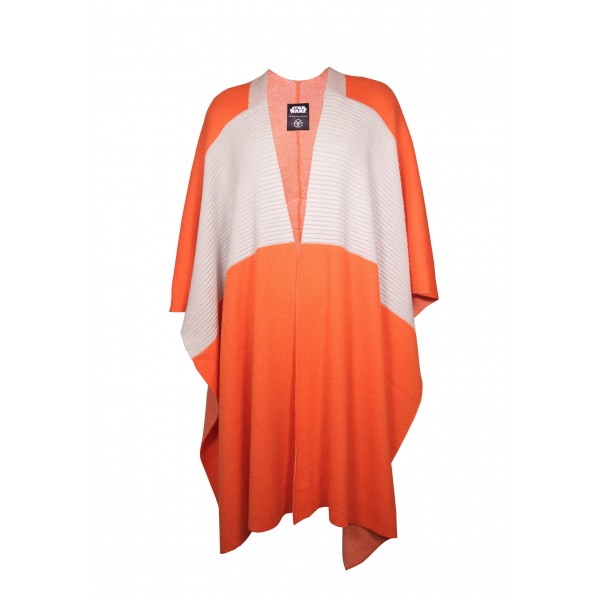 You’ve talked previously on your philosophy of catering to a wide and inclusive customer base, and I personally love the balance of men’s and women’s Star Wars garments you offer. Who does Musterbrand see as their customer?

We are targeting the global geek culture which is spread into various segments (besides the gender split). Our products are being purchased by ‘fashionista’s’ which are into the Star Wars universe, fans who have been engaged for many years are buying our products as an collectible, and we see more and more customers coming from the cosplay world buying Musterbrand for their day to day cosplay.

How would you describe the style of your Star Wars apparel collection? 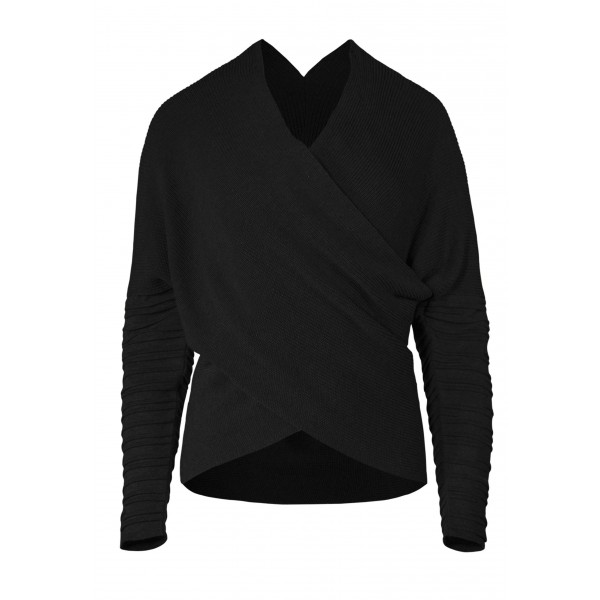 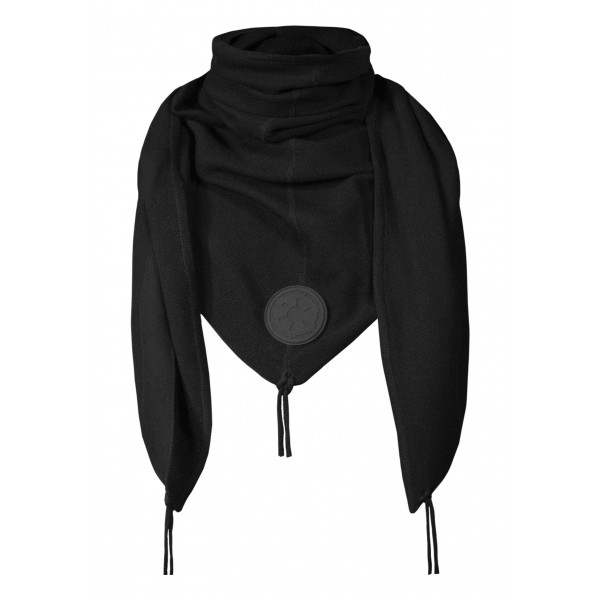 Your Star Wars license represents an addition to your gaming-based franchise collections. How did that come about?

Musterbrand’s baby steps were with gaming IP’s where we built our reputation with various genres. However, we did never limit ourselves to only one media segment. We even had contacts with Lucasfilm in our first year. However, as a new company we did not manage to obtain a license.

How do you decide which Star Wars characters/elements to feature in your designs?

Popularity of the characters and element, and how a visual, texture or color fit into contemporary streetwear. 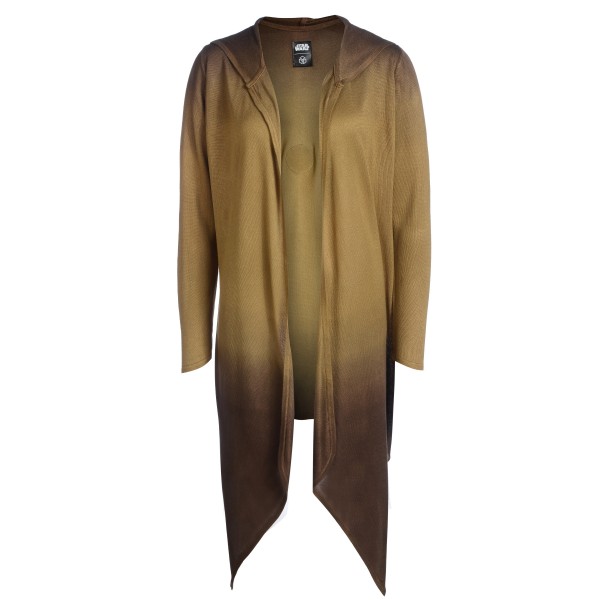 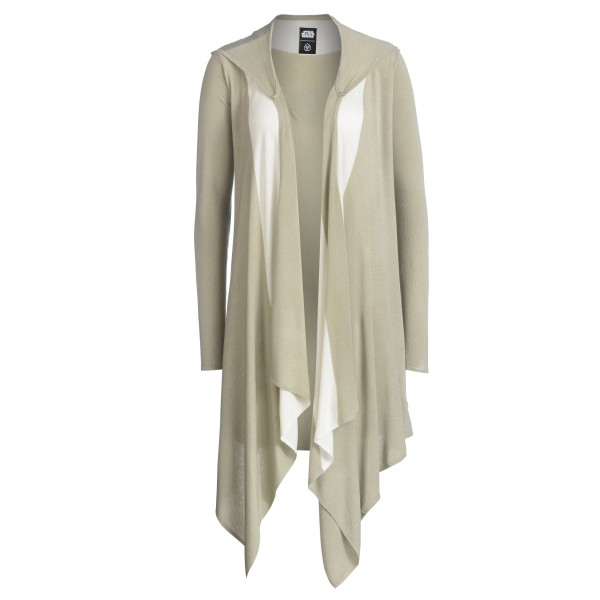 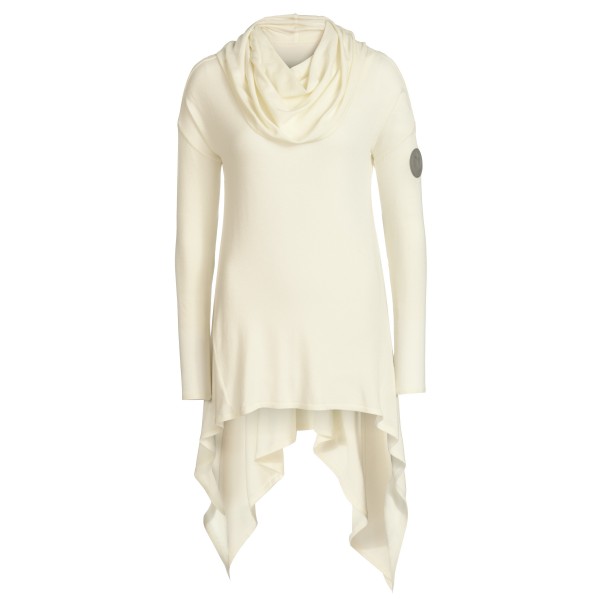 Can you talk about your process for progressing a design concept into a finished product? How much lead time in relation to a film release do you get? Do you face any challenges designing products for a film you couldn’t watch at the time?

Once we defined character and category, our design team comes up with a concept which we submit for first feedback to Lucasfilm. If a film hast not been released, we work with trailers and any early artwork we get. Including production, it takes about 7 to 12 months until a product is with our customer.

Musterbrand has achieved a good balance in choosing characters to base its products on – for example, women’s swimwear inspired by both male and female characters. To what extent will we see that balance continue in future collections?

We build already a stock of Star Wars evergreen styles which we will continue to enhance with seasonal items and products based on female characters and elements. Our goal is that every Star Wars fan should be able to find something appealing in our collection and once you are into the Musterbrand world, you can find Star Wars items inspired by the entire story. 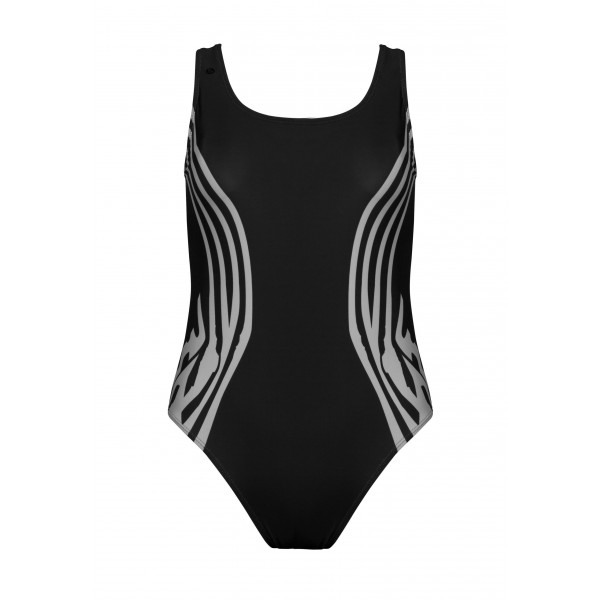 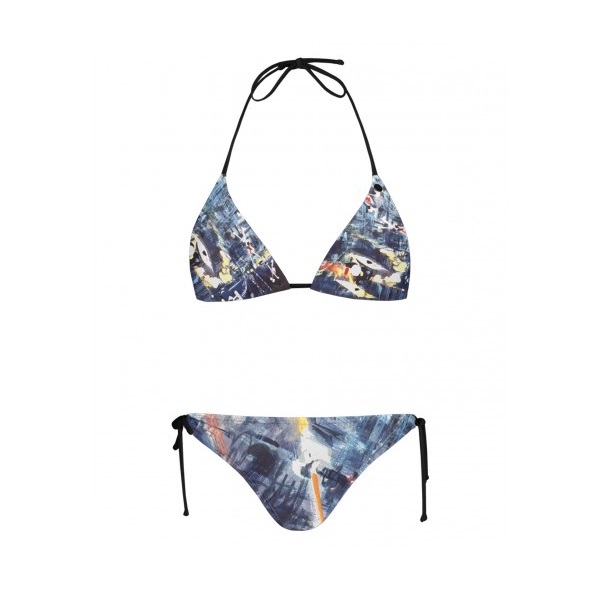 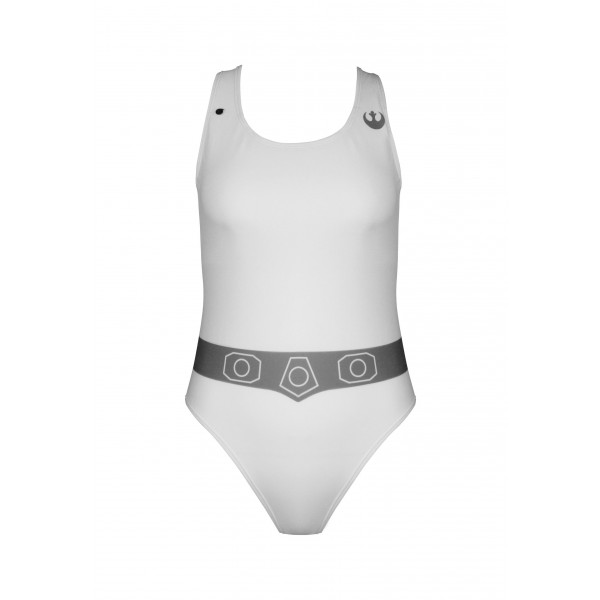 While Musterbrand are known for their amazing jackets, it is very exciting to see the range now includes a wide variety of apparel! What brought about the expansion into footwear, knitwear and swimwear?

We want to offer our customer the option to wear Musterbrand through the entire year. Hence we expanded into other categories.

Will Musterbrand look back to older Star Wars films, or other Star Wars material like games or comics, for fashion inspiration at any point?

We try to stick to ‘classics’ or identify future classics in new movies. There are plenty characters and elements we want to utilize in future. Currently we are working on a our first kids range… 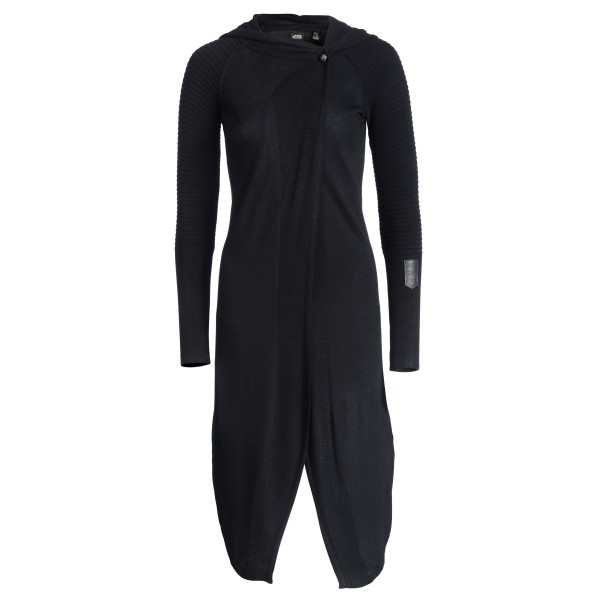 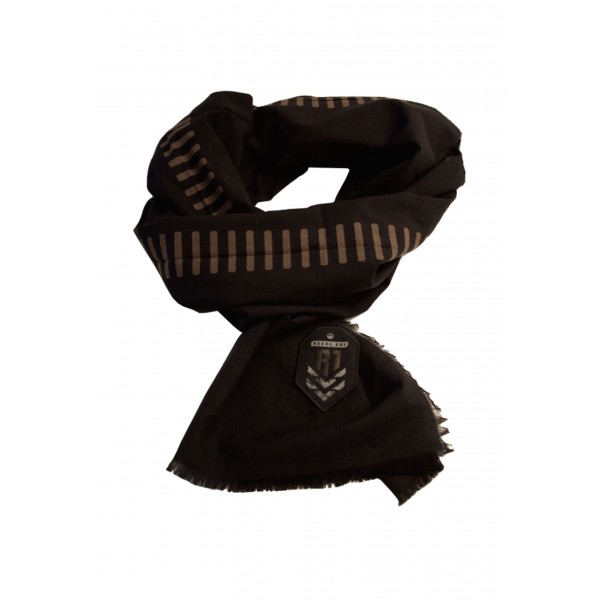 Many thanks to Knut for his time in answering my questions. I am always impressed with the Musterbrand x Star Wars range, they are the go-to brand for stylish Star Wars costume inspired apparel. The balance of women’s and men’s fashion, inspired by both male and female characters is wonderful to see – I can’t wait to see what new designs Musterbrand will release in the future! 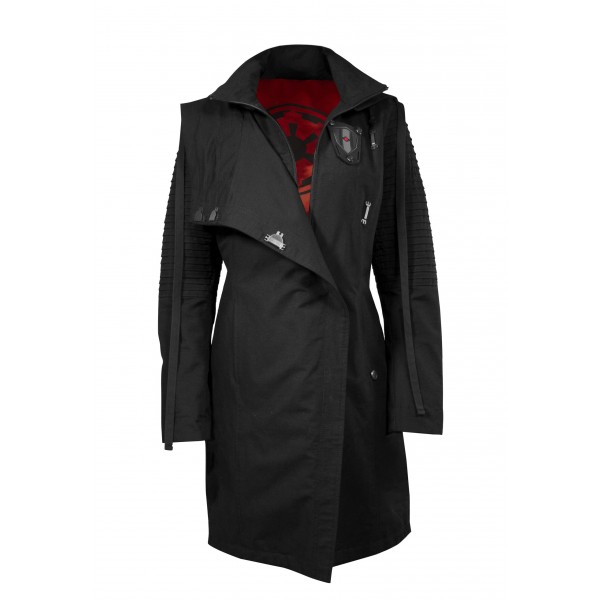 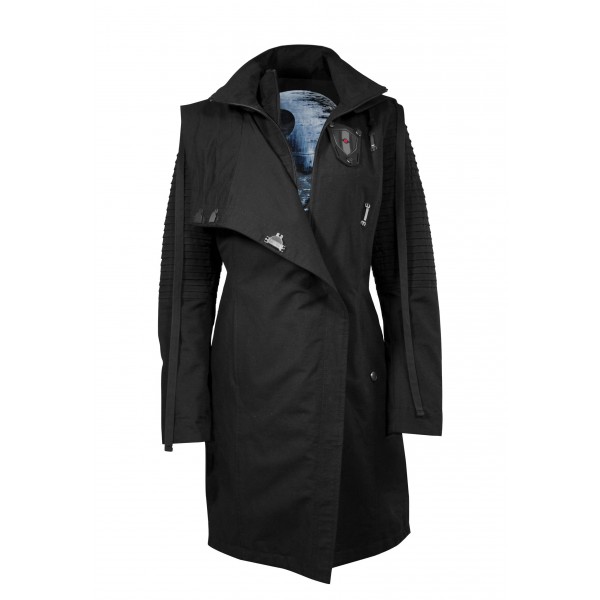 Photos sourced from and belong to Musterbrand.