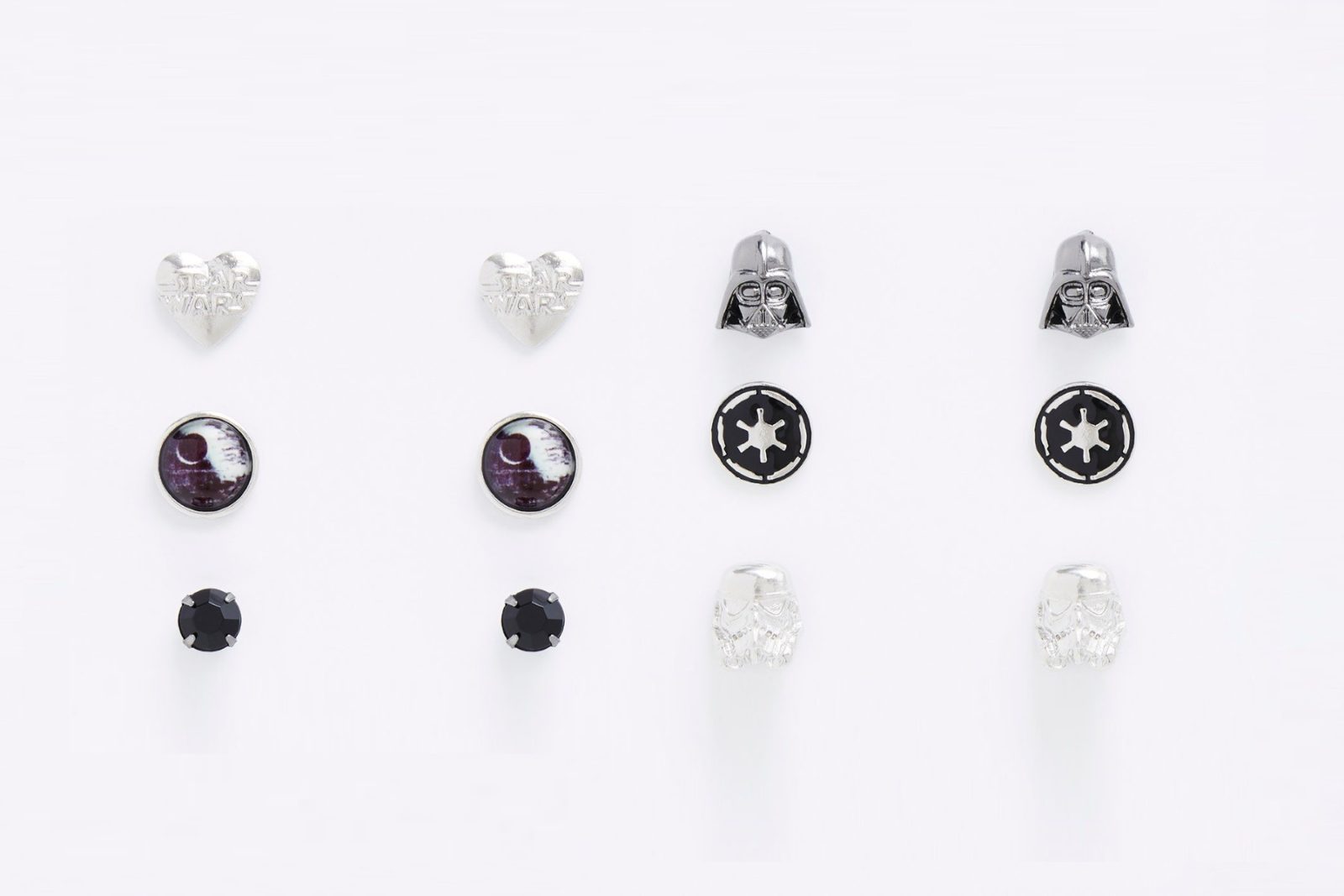 This new Star Wars stud earring set is now available at Torrid. The set features an Galactic Empire theme, with 6 pairs of stud earrings. The designs include – heart shape with Star Wars logo, Death Star, black rhinestone, Darth Vader’s helmet, Imperial ‘cog’ symbol, and Stormtrooper helmet. I love earring sets, they can be so versatile – you can even mix and match designs, like pairing Darth Vader and Stormtrooper together.

Not feeling the force? This earring set of six will help. The studs are based on a galaxy far, far away, including Death Star studs and Stormtrooper pendants.

The set is priced at Us$19.90 per set – Torrid can ship internationally, which is great. 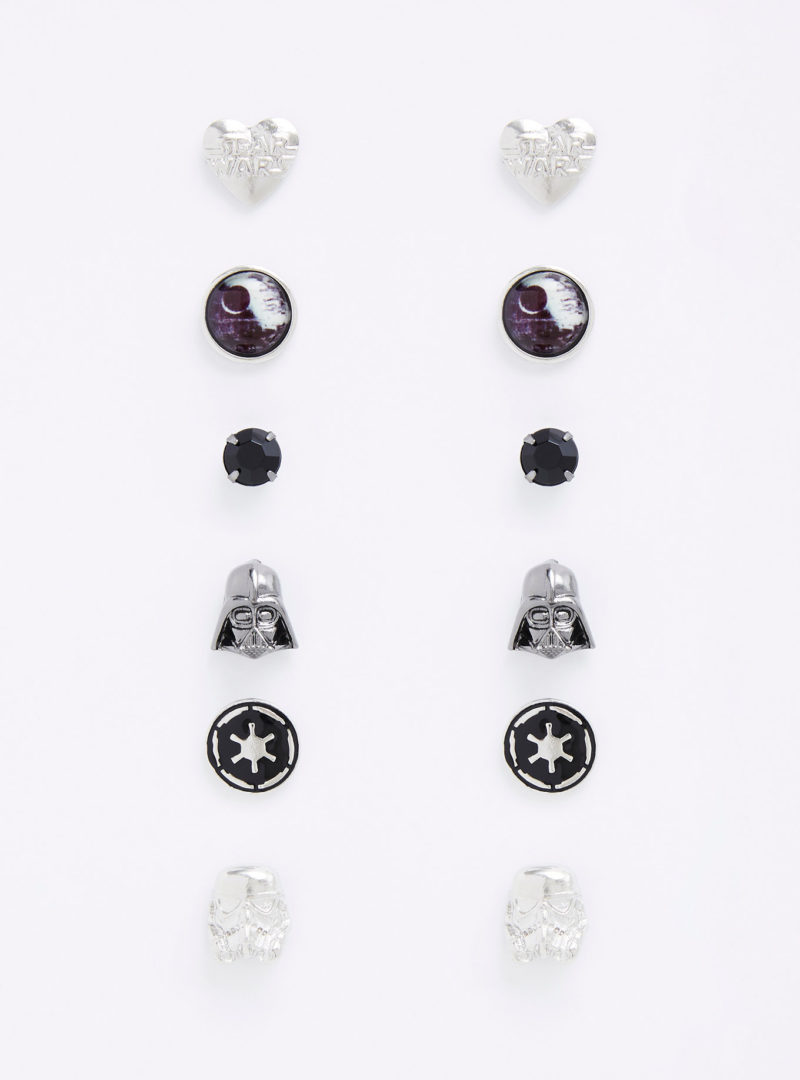 Photos sourced from and belong to Torrid.