Today’s post launches a new category of Star Wars fashion news here at The Kessel Runway – ‘Mos Eisley Marketplace’. Here I’ll write about new finds of fan made/designed fashion from sources like Etsy and eBay, along side finds like vintage fashion items. With a fantastic new product launch, who better to start with than Elhoffer Design?!

Geek fashion designer Catherine Elhoffer (of Elhoffer Design) has launched an exciting pre-order for her Galactic Knight dress! Taking inspiration from the jedi tunics from Star Wars, Catherine’s design is a wonderful blend of themed geek fashion with runway style. The dress is available to pre-order through the Elhoffer Design Etsy store – it is currently available to order in sizes XS to 3X, with prices ranging from US$200.00 to US$220.00 each (depending on size). Pre-order will be available until 27th March, with the dresses expected to ship in mid-May. They ship internationally – which is great! Catherine has designed garments for We Love Fine’s range of Star Wars apparel, like the fantastic hooded cowl dresses – I own both! 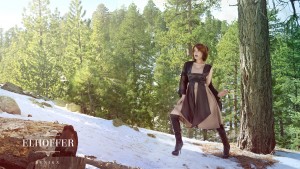 It’s finally happened! ElhofferDesign has found a Los Angeles-Based factory that can maintain her quality standards for a production run of one of her most popular dresses: The Galactic Knight Dress! Her mini-mass production run will be made in an ethical, local factory that she is proud to partner with.

Inspired by the Knights and Masters of an illustrious galactic religious order, her Galactic Knight dress, sized to curvy women, features the standard Elhoffer Design side seam pocket, is made of a mid-weight beige Techno Scuba and Chocolate Stretch Scuba, and a knee-length, flared skirt.

Catherine has launched the Pre-Order campaign through Etsy and will keep the listing active till March 27th, when she will pull it down and start her production with her factory. Dresses are slated to ship in Mid-May, though she’s personally hoping to ship the dresses in Early May. She ships internationally, as well!

This is a huge move for the independently run apparel company. Production runs mean growth, which means the world will be seeing more pieces soon, and at an even more affordable price. The Galactic Knight dress starts at $200, and prices go up for extended sizes. They go up to size 3X at the moment, but we will see plus sizes from Elhoffer Design if this line sells well.

Elhoffer Design was founded by Catherine Elhoffer to create higher-end apparel for high quality geeks. The geek fashion world is saturated with clothing, but there are still gaps in the market that she hopes to fill by designing and sewing pieces that flatter the body, pulling from modern fashion trends, and helping her fellow geeks of the world to be both stylish and chic (and maybe to fit in amongst the muggles). She prefers a subtle geek nod in her designs, using silhouette, color, texture, and lines to tell the geek story. Catherine hand-makes her custom pieces in her Los Angeles-based studio. Every now and then she can be lured into the menswear world as well, often with cookies. 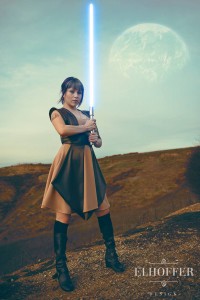 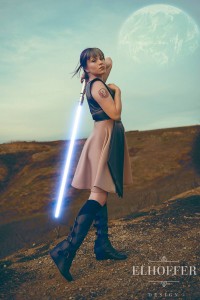 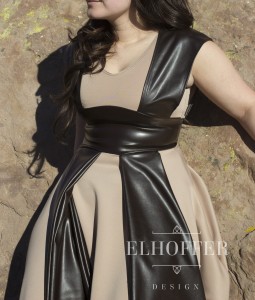 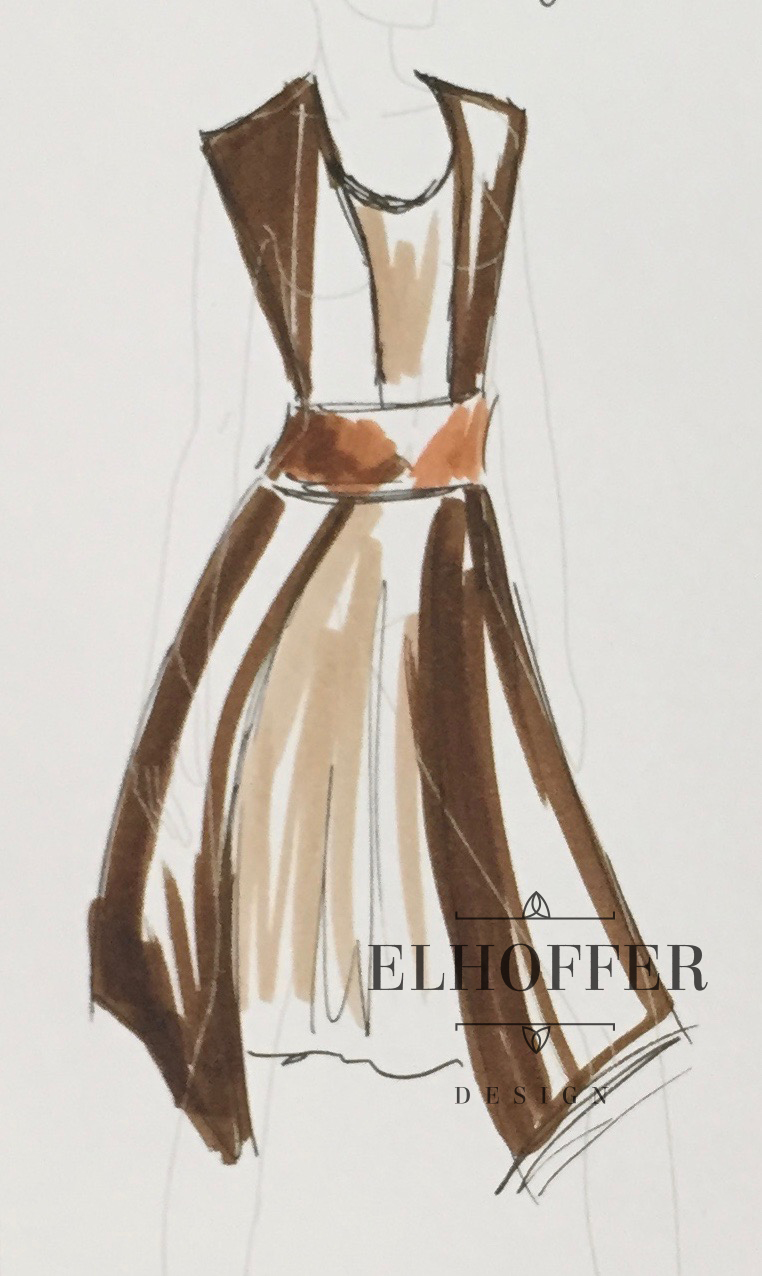 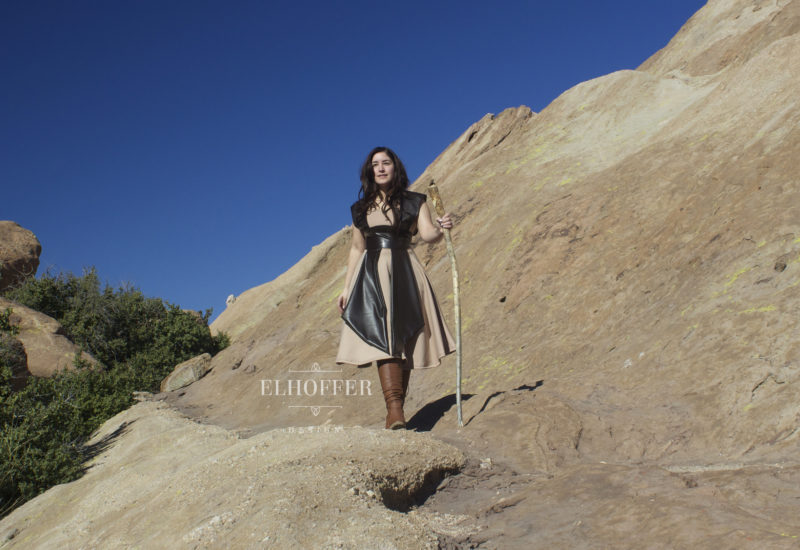 Photos supplied by and belong to Elhoffer Design.