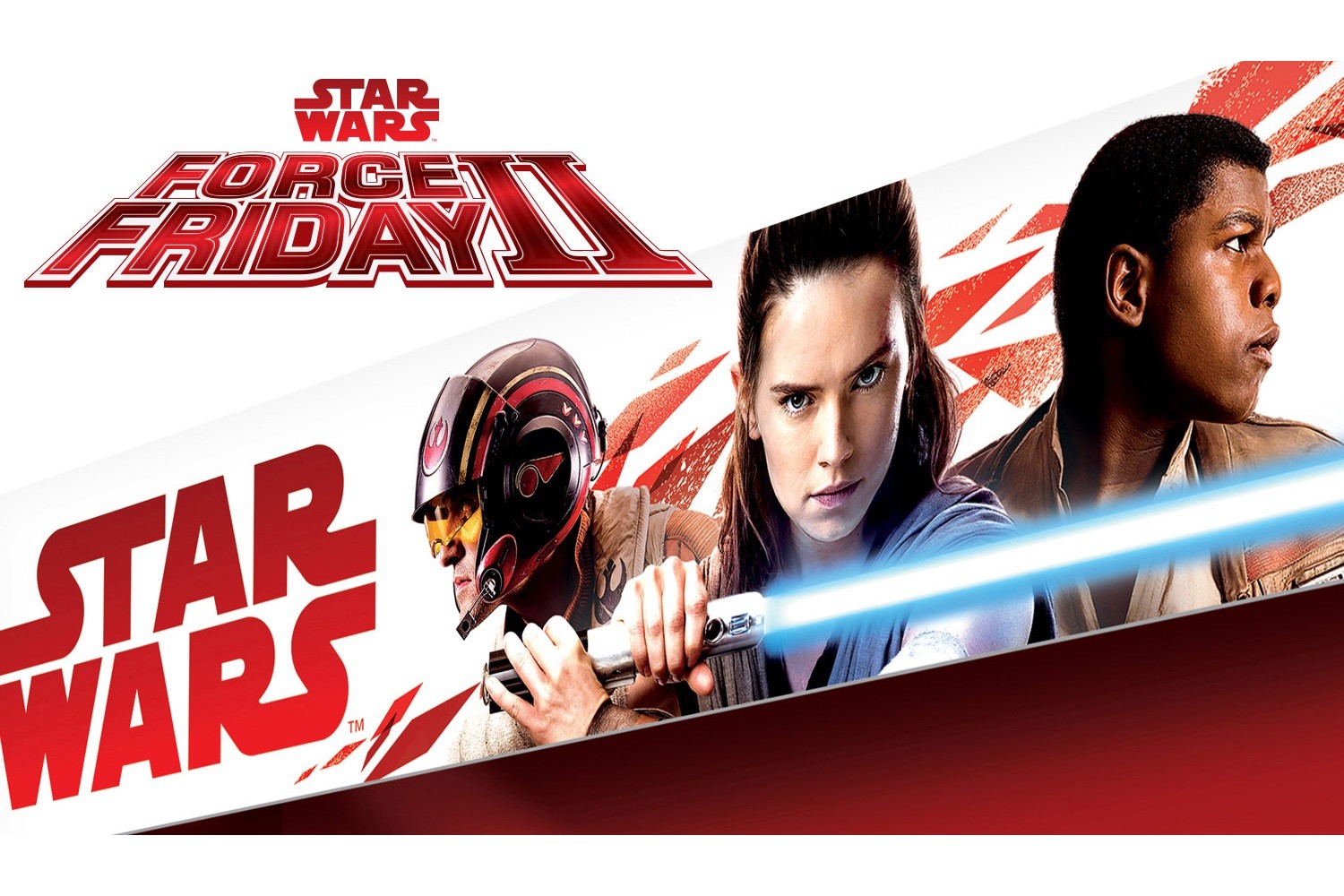 Exciting news was announced today on the official Star Wars website – the date for this years Force Friday event! Mark you calendars for Friday 1st September 2017, when companies around the world will officially launch their The Last Jedi merchandise!

Attention, Star Wars fans: It’s time to make some room on your desk, toy shelf, bookshelf, and in your closet.

Yes! The explosion of new women’s Star Wars apparel for The Force Awakens was incredible, and I hope this year’s range will be just as good – or better!

Disney and Lucasfilm today announced Star Wars Force Friday II, a global fan event celebrating the launch of Star Wars: The Last Jedi products. Toys, collectibles, books, apparel, and more will go on sale beginning at 12:01 a.m. on Friday, September 1, 2017, with stores around the world opening for a weekend-long celebration of all things Star Wars. In addition, packaging for the new line, featuring striking images of a lightsaber-wielding Rey, Poe Dameron, and Finn, was also revealed today and can be seen below.

I am so excited to see Rey front and center in the new packaging design – with a new hairstyle! Slashfilm has edited the photo to correct the perspective, which gives a better look. Her costume also appears to be different – at the very least, we can see a dark undershirt instead of the light coloured shirt she worn in The Force Awakens.

Details of how fans can participate will be revealed closer to the event, but the worldwide launch will tap new technology and Star Wars mythology to create a unique experience for fans. Just like 2015, products for The Last Jedi will be kept under wraps until Force Friday II to preserve surprises for fans.

I can’t wait to see the range of women’s Star Wars apparel launched, and just like the original event, I will be live-blogging all the new releases as fast as I can on Force Friday!

Read the full article at StarWars.com 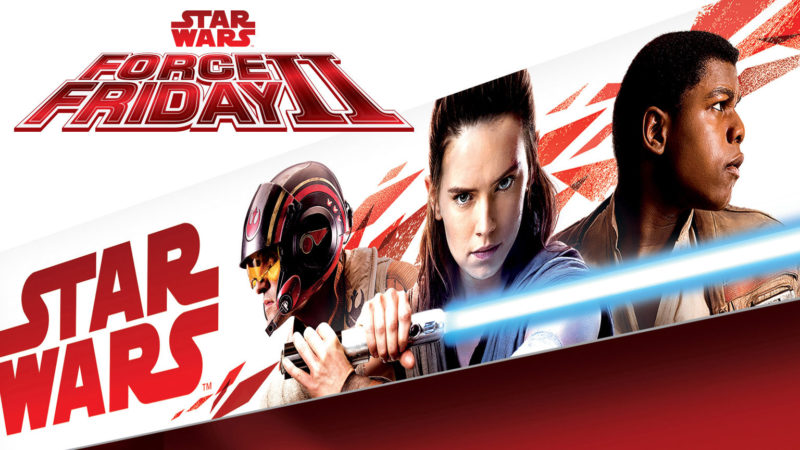