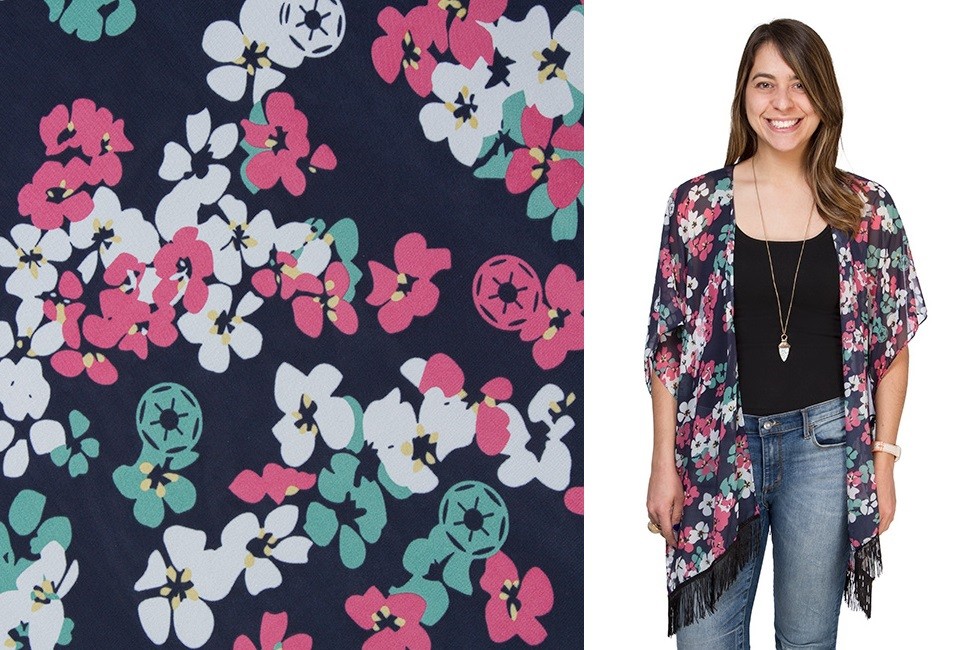 This lovely new Star Wars Floral Empire kimono wrap is now available exclusively at ThinkGeek. Made from lightweight 100% polyester, the kimono wrap features an all-over floral pattern against a navy blue background. Scattered amongst the flowers are little Galactic Empire ‘cog’ symbols – beautiful and subtle. The open wrap style top also features 4″ long black fringe along the lower edge. This is the same style as the Darth Vader and Jedi Order kimono tops, which were available at ThinkGeek back in January 2016.

This Star Wars Floral and Galactic Empire Kimono Wrap is super subtle – that is, until somebody notices the Imperial Crests. Then it’s game over. At that point, they’re going to want you to stand still so they can check out all the awesome designs. So it’s probably best to wear this when you aren’t in a hurry. If you’re going to the ballet or opera or something, remove your coat AFTER you get to your seat to avoid unanticipated delays.

Priced at US$24.99 each, the kimono wrap is ‘one size fits all’ – ThinkGeek can ship internationally, which is great. 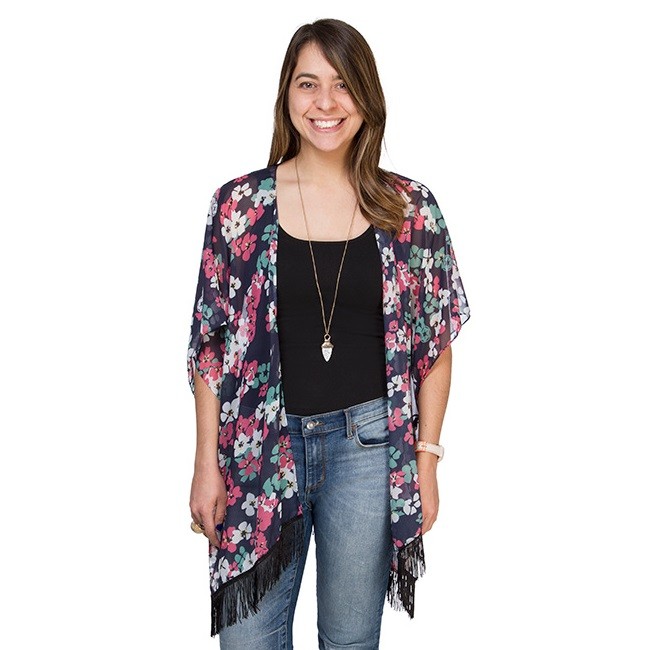 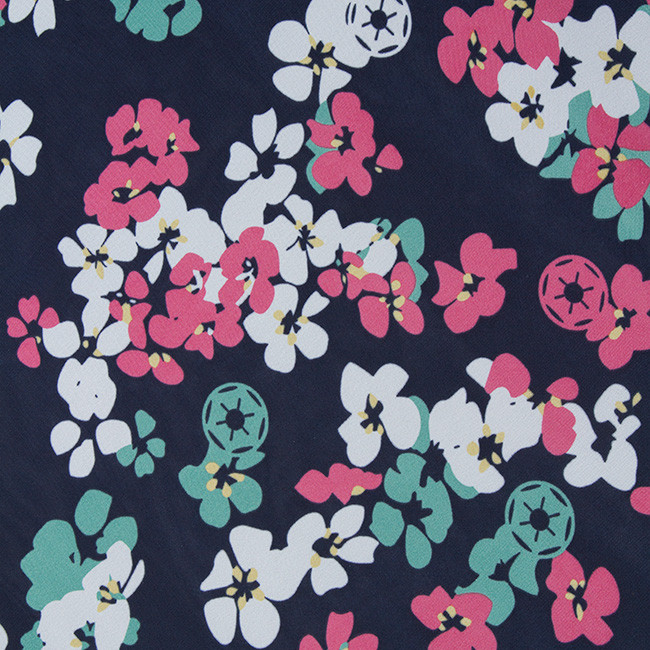