While some leaked images surfaced back in June, Covergirl has now formally announced their upcoming Star Wars make-up collection. According to the press releases, this is a collaboration between Covergirl and Max Factor, with both companies releasing ‘The Force Awakens’ tie-in collections later this year. The two cosmetic brands are ‘sister companies’ (both owned by Procter & Gamble) and often release similar products under each brand. Covergirl’s collection includes lipstick, nail polish and mascara (in light side v.s. dark side themes), but it hasn’t yet been announced what be included in Max Factor’s collection. The two looks revealed today were created Covergirl/Max Factor’s global creative design director Pat McGrath, drawing inspiration from C-3PO and Stormtroopers – I can’t wait for the other four looks to be fully revealed. The Covergirl x Star Wars collection will launch on-line on ‘Force Friday’ September 4th in the US, with product available in stores soon after.

Read an interview with Pat McGrath about the collection at Vogue.co.uk 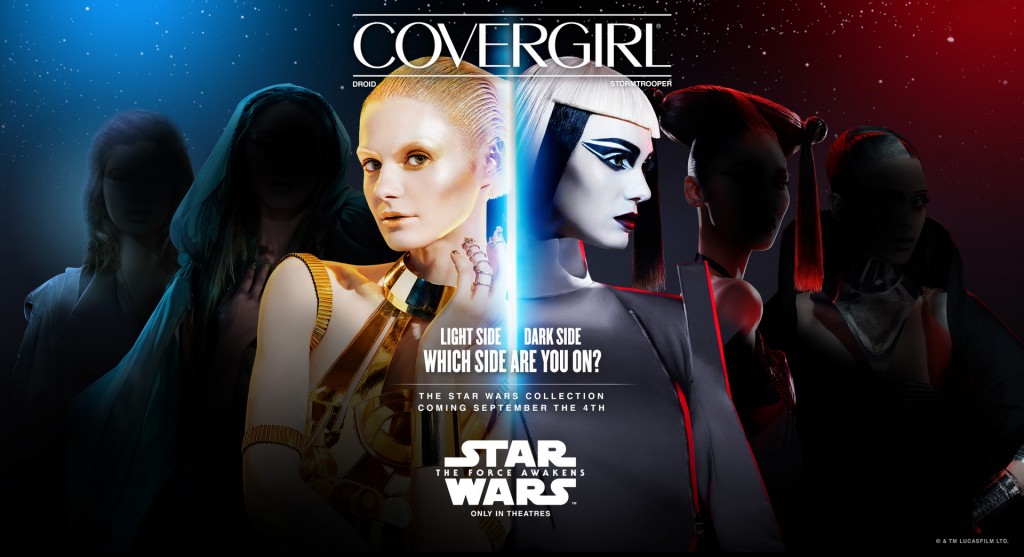 Photo sourced from and belongs to Covergirl.