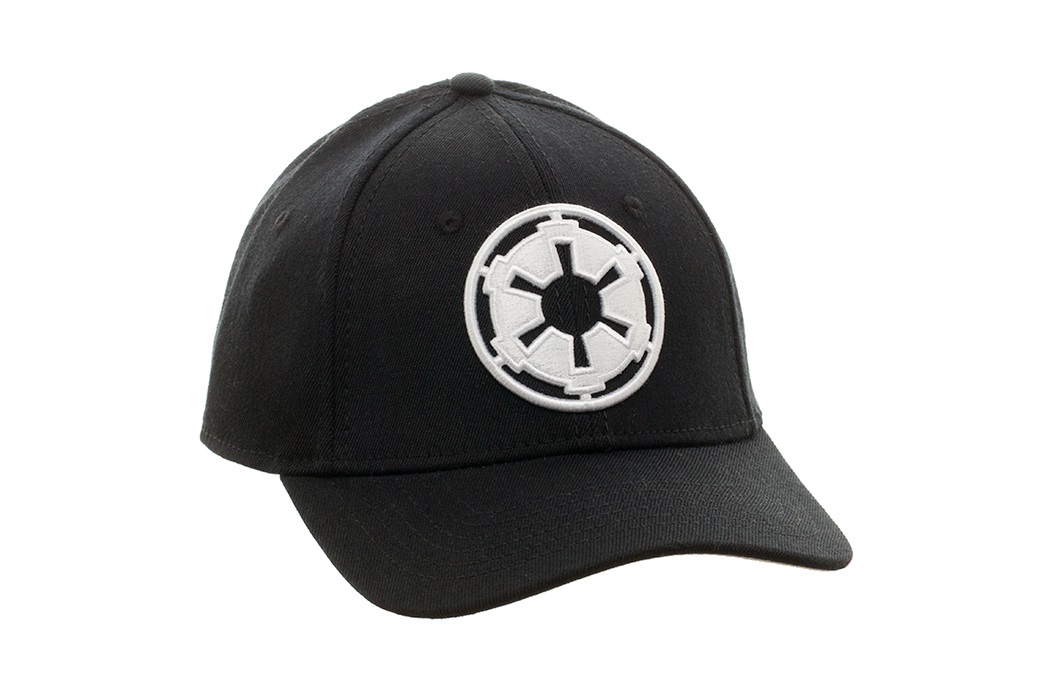 This Star Wars Imperial symbol cap is available at ThinkGeek. Summer’s on it’s way for many Star Wars fans, so show your alliegance to the Galactic Empire while being sun smart in style! The black cape features the classic Imperial symbol embroidered in white on the front.

Whether you’re pledging loyalty to the Empire or just passing through the Death Star’s giftshop, this Star Wars Imperial Crest Hat is going to earn you some major brownie points with the Emperor. But do you really want his attention?

The cap is priced at US$24.99 each – ThinkGeek can ship internationally.