The Disney Store has two new women’s The Force Awakens t-shirts available. The first is a black t-shirt with a grid of colourful characters and The Force Awakens logo – it is priced at US$19.95 each. The second is a commemorative t-shirt available as a limited release until Tuesday 22nd December – it is priced at US$29.95 each. The Disney Store can ship internationally – but unfortunately the commemorative limited release t-shirt can only be shipped within the contiguous United States. 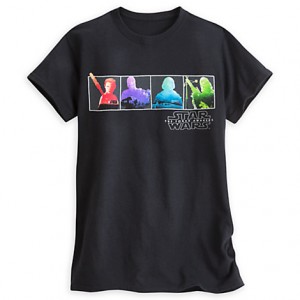 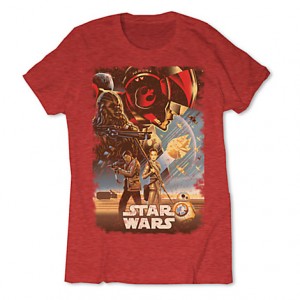 Photos sourced from and belong to Disney Store.