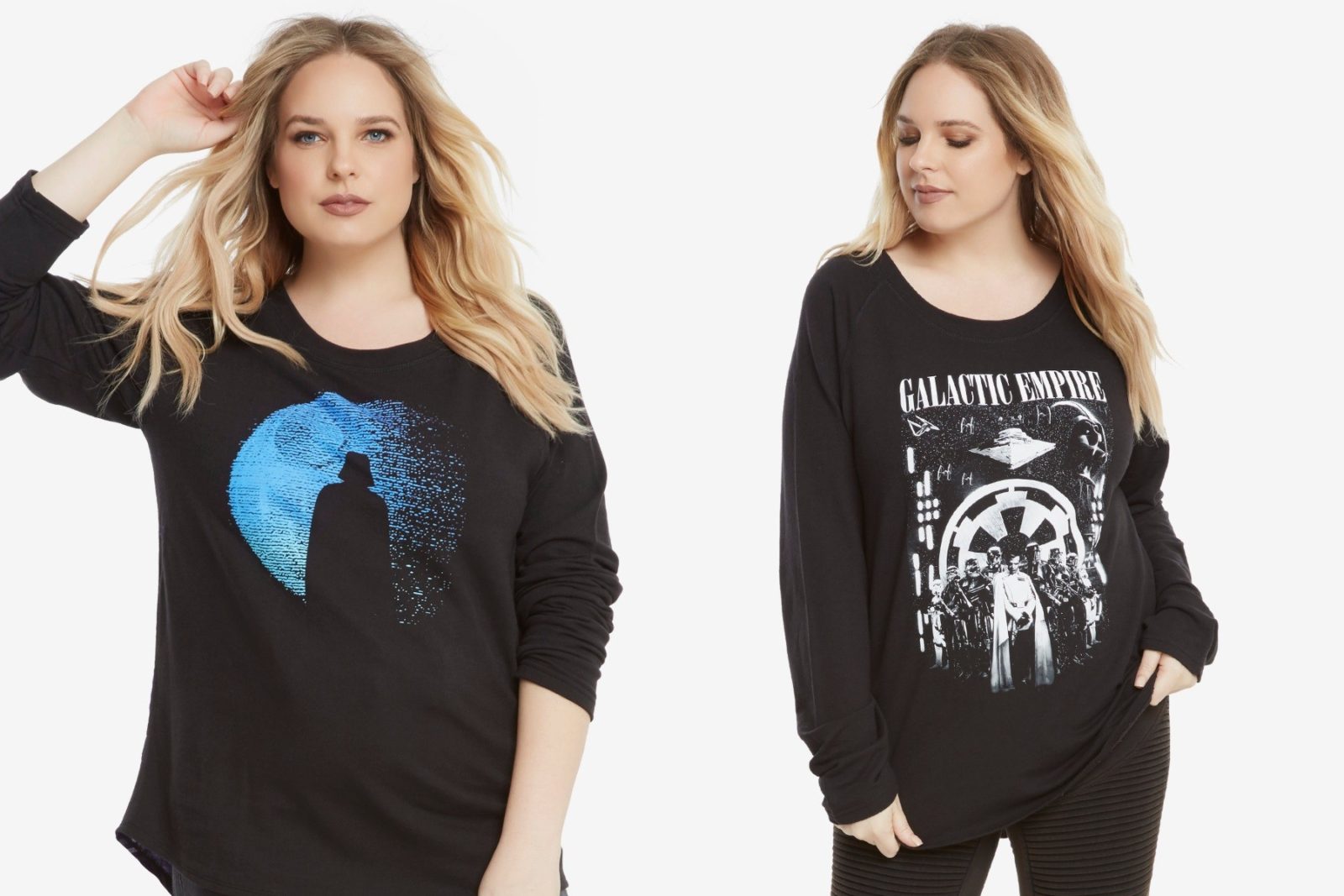 Her Universe has 2 new women’s Star Wars raglan tops available. The long sleeve raglan style tops feature a Dark Side themed print on the front, and a plaid fabric back panel. The first top features a Galactic Empire print from Rogue One, while the second top features Darth Vader’s silhouette in front of the Death Star.

Everyone can relate to the Dark Side, even if it’s only just a little, so there’s no reason you should hide your affinity for the Galactic Empire. This cozy raglan has an image of some of the heavy hitters from the Empire on front and a fashionable black, grey and white plaid panel on back.

The graphic on front of this cozy raglan from Star Wars seems to be of Darth Vader contemplating the good side he pushed below to favor his Dark Side. At least that’s what we choose to think. The back features a fashionable purple, black and white plaid panel for an extra pop of color.

Both tops are priced at US$64.90 each – but are currently 15% off, bringing the price down to US$55.16 each! The sizes listed range from XS to 3X, but only S to 2X are currently available. Due to licensing restrictions, Her Universe can only ship Star Wars apparel within the US and Canada, but overseas customers can order via a mail forwarding/personal shopper service. 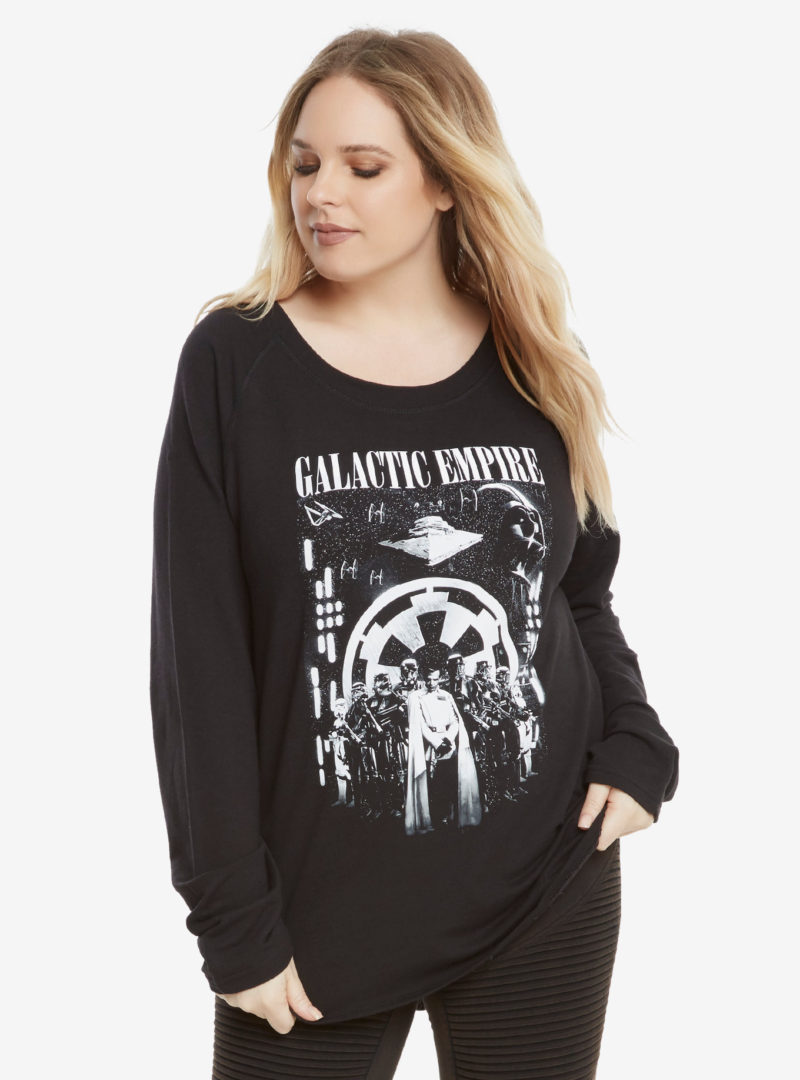 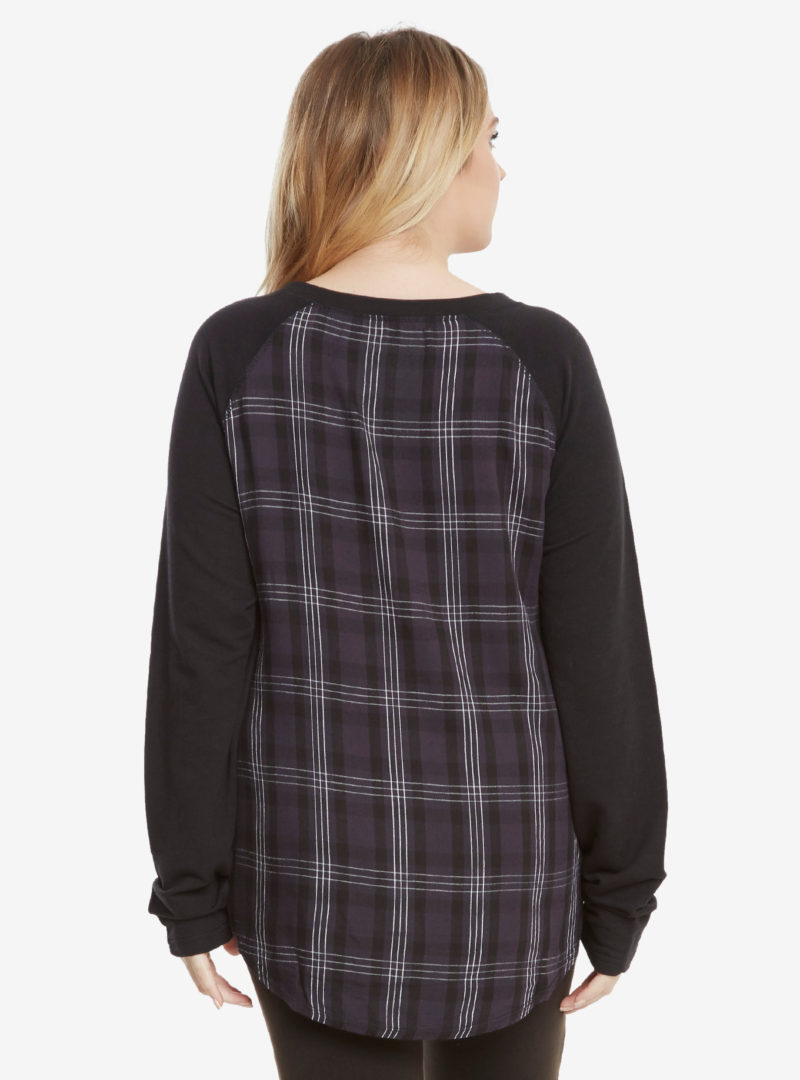 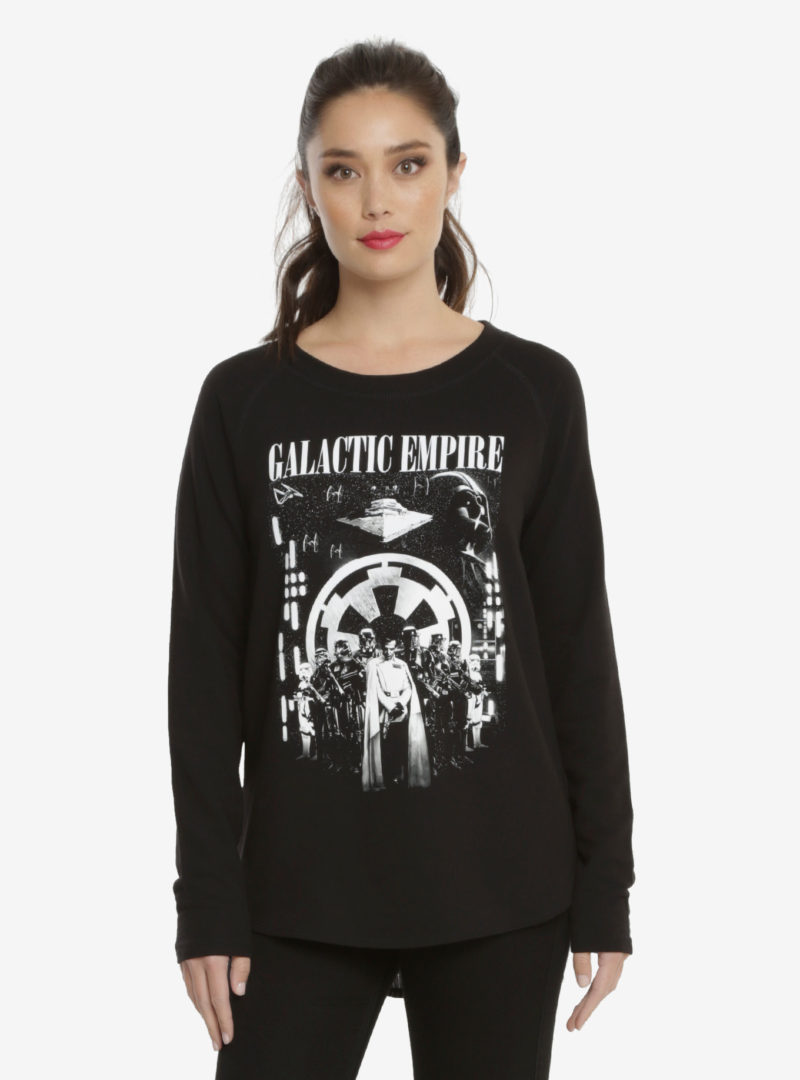 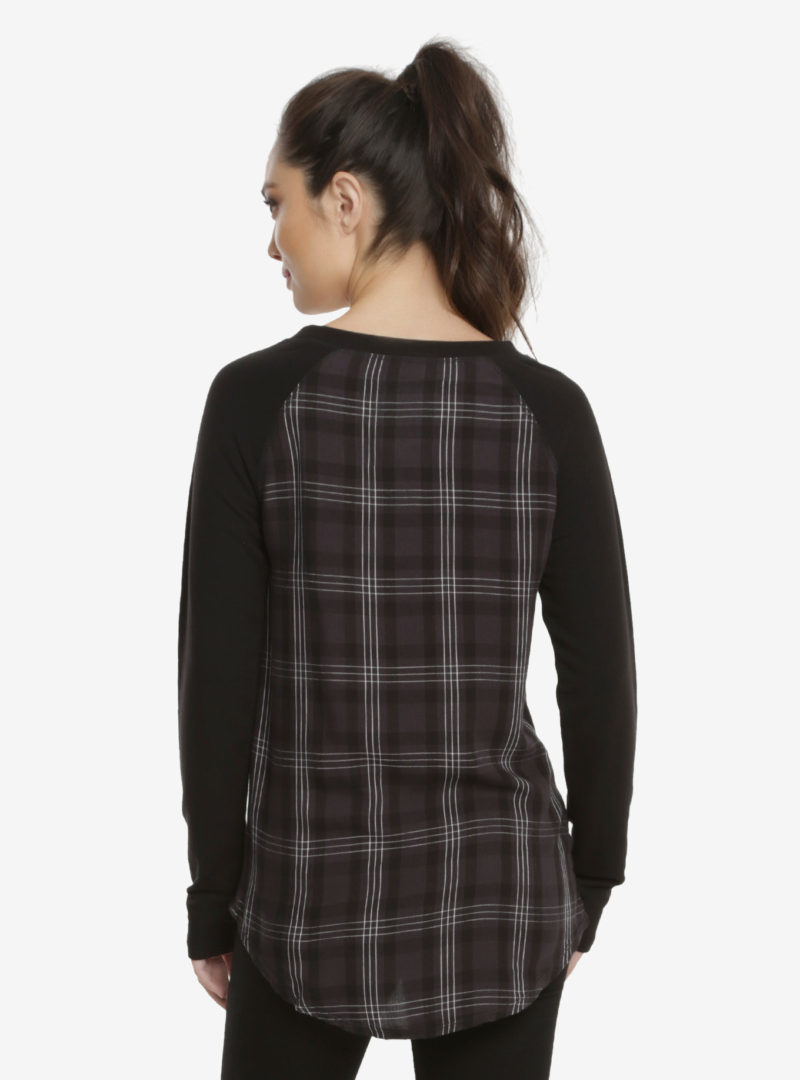 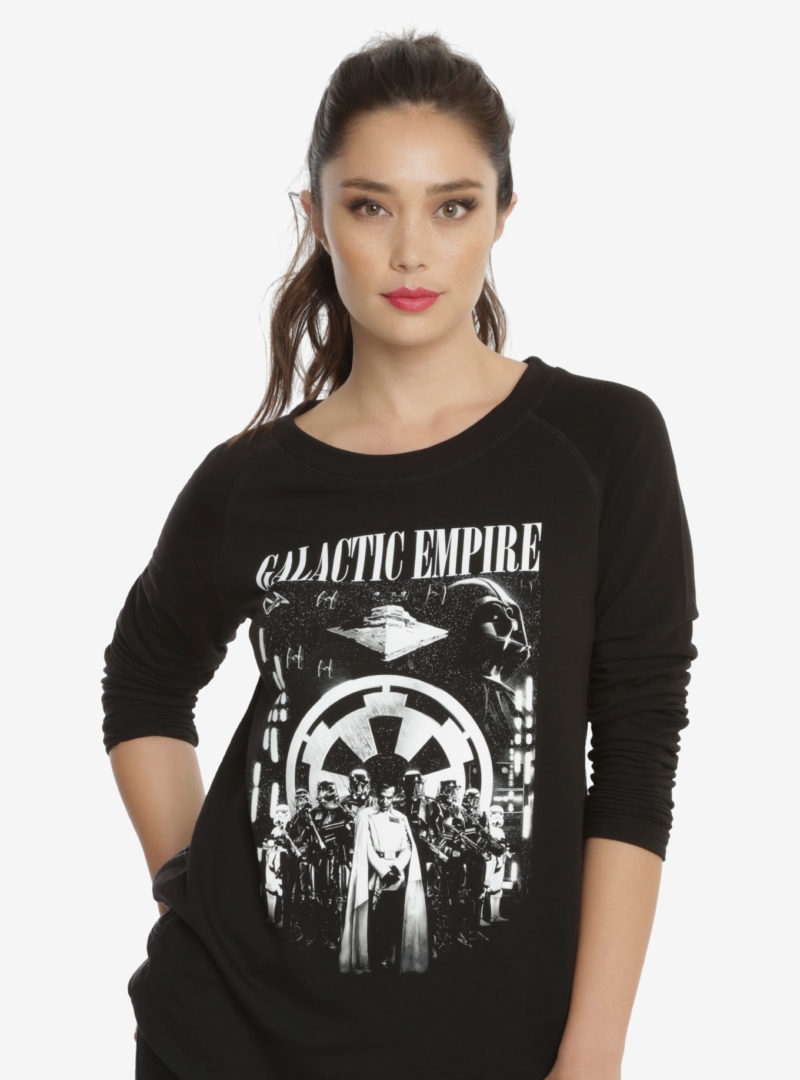 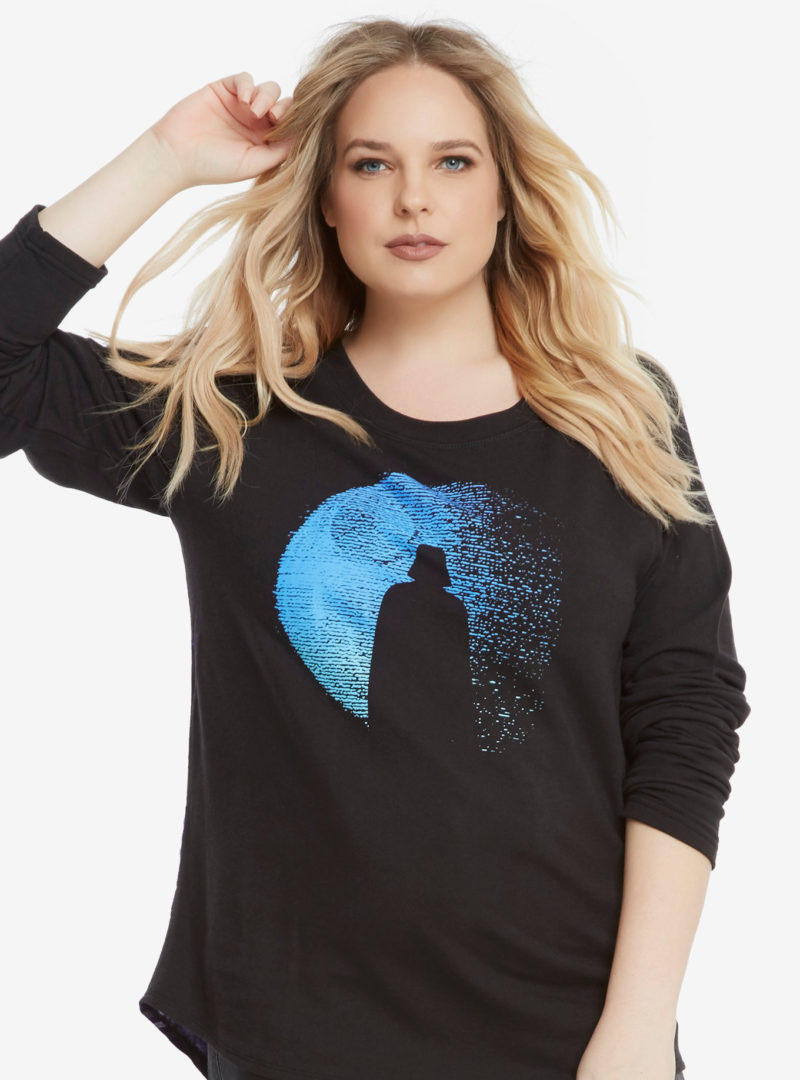 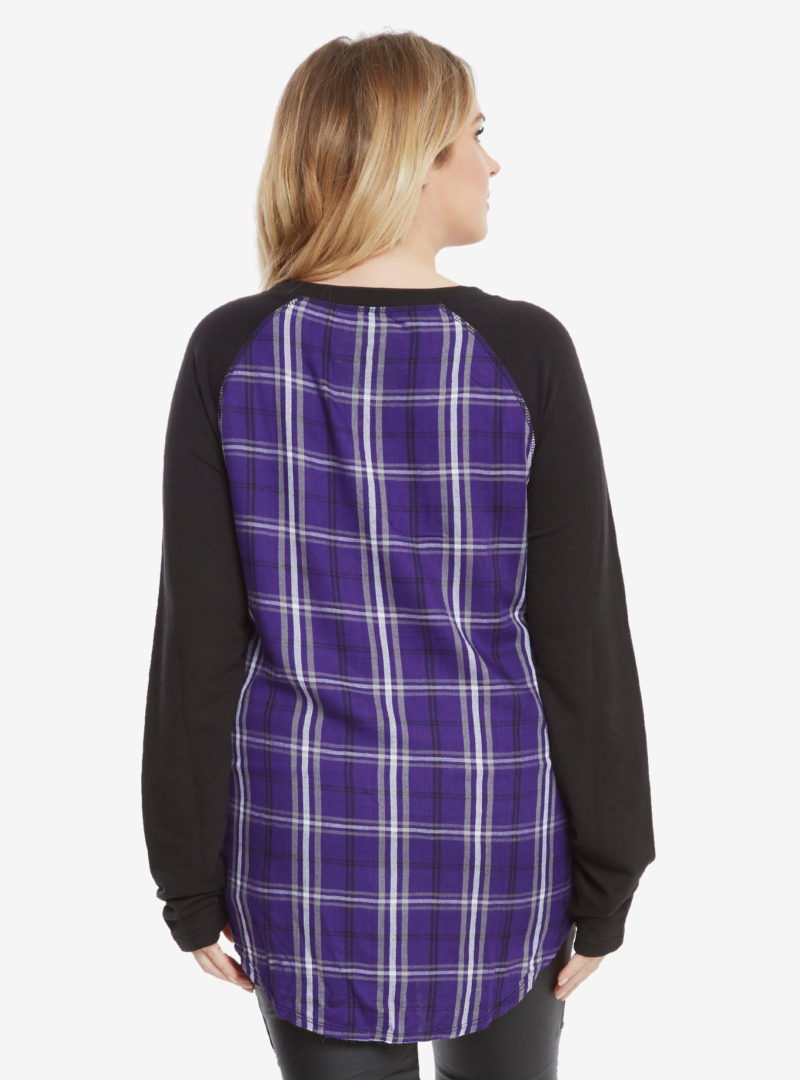 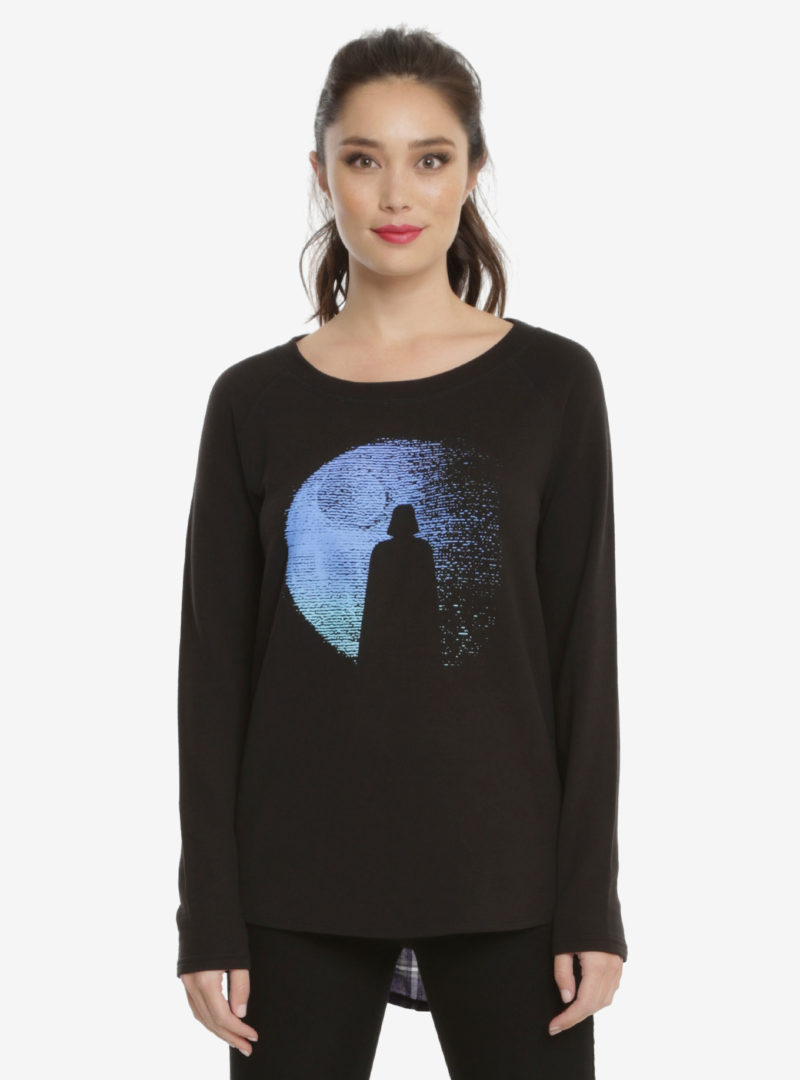 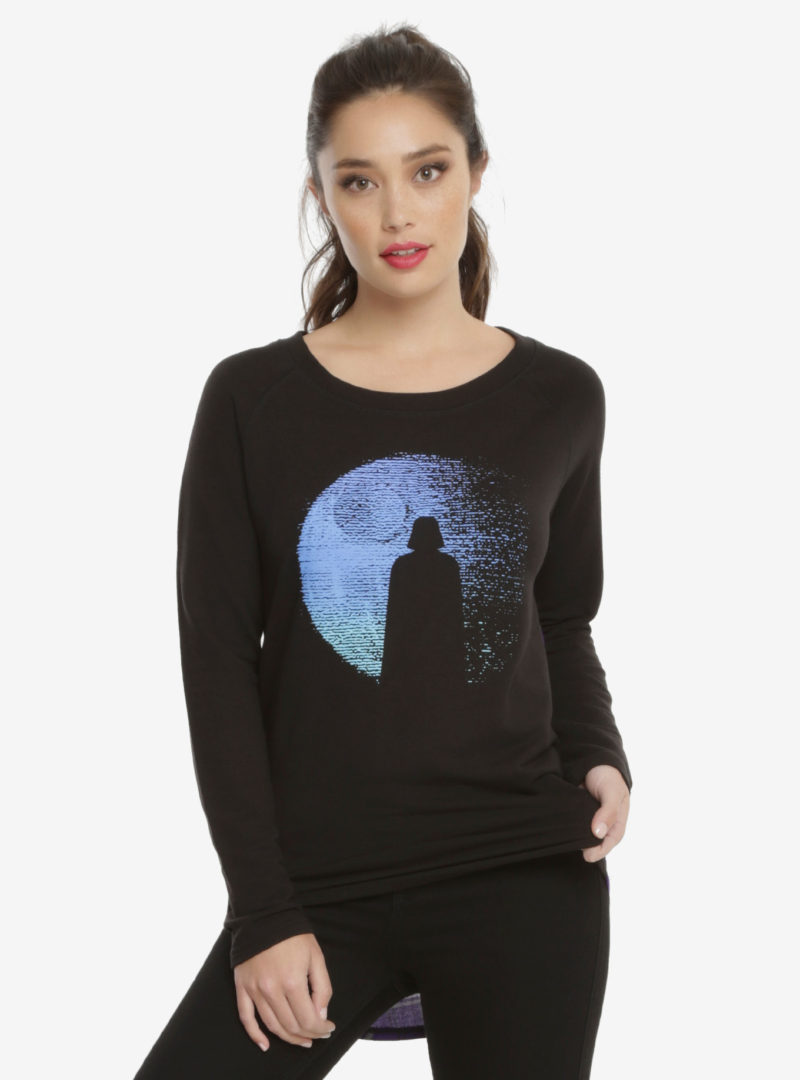