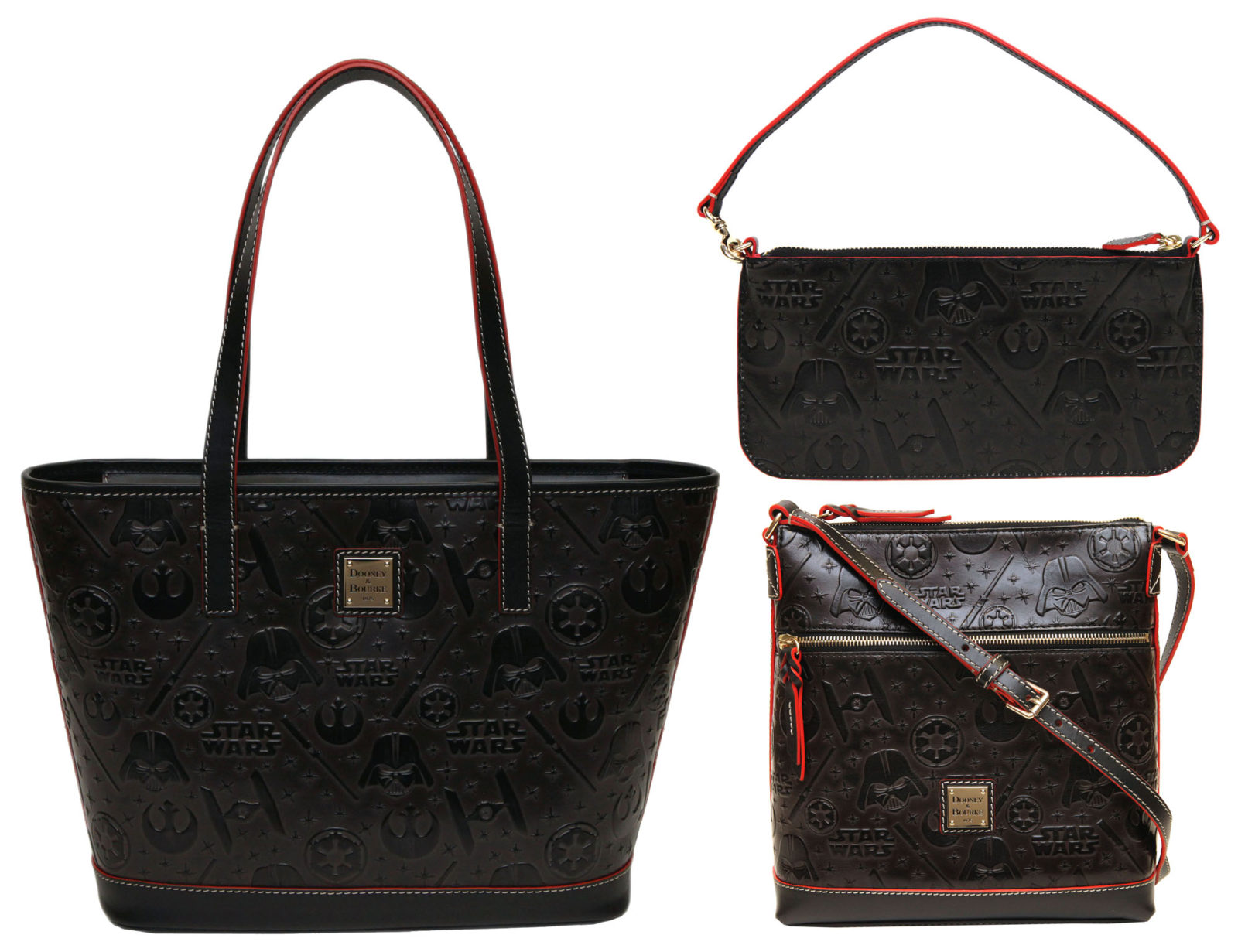 The Disney Parks blog has revealed new upcoming Dooney & Bourke handbag designs – and there’s a new Star Wars collection! Due to arrive around mid/late May, the new range includes three handbag styles (shopper, letter carrier, and pouchette), each made from a black leather embossed with Star Wars designs, and red accents. Coordinating with the black colour, the embossed designs are mostly ‘dark side’ themed – Darth Vader, TIE Fighter, Imperial symbol, lightsaber, and the Star Wars logo – but there is also the Rebel Alliance logo, which is an interesting addition (I would have expected a Stormtrooper instead). No details yet on pricing, but I would expect these to be similar to earlier Dooney & Bourke x Star Wars collections.

It isn’t mentioned whether these will also be available on the Disney Store website, but they will be sold at both US Disney parks – at ‘Legends of Hollywood’ in Disney’s Hollywood Studios, and at ‘The Star Trader’ in Disneyland park. According to the Disney Parks blog article, these bags may be available to buy via the Shop Disney Parks app prior to their release at the Disney Park stores – which is only available within the US. Even if these are not stocked online on the Disney Store website (which can ship internationally), I have no doubt these will be showing up on eBay from resellers very quickly.

Read the article at the Disney Parks blog and Disney Style 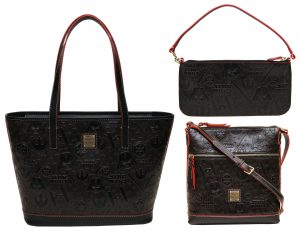 Photo sourced from and belongs to Disney Parks blog.