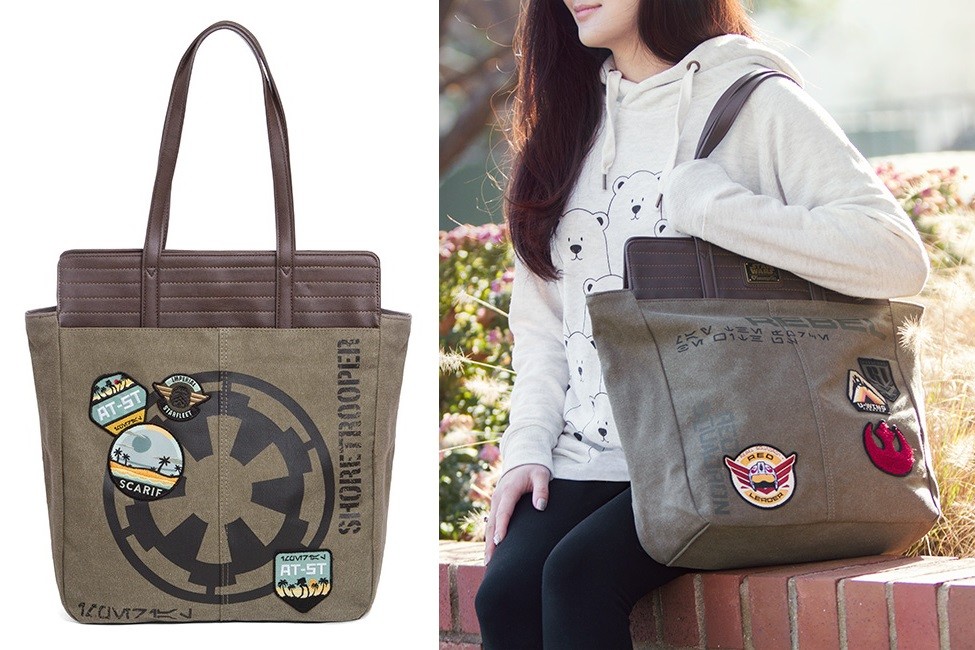 The new Loungefly x Rogue One tote bag is now available at ThinkGeek. The brown canvas and faux leather tote bag features the Empire symbol and text printed on one side, with Rebel Alliance themed text on the other – both sides also feature embroidered patches! This is part of the fantastic new Rogue One collection from Loungefly – I love the aesthetic of the Rebel Alliance themed items, they look like bags the Rebels themselves would use.

This tote from Loungefly is perfect for folks who have a hard time choosing a side. See on one side, it has the words “REBEL” and “Red Squadron” stencilled on, the phrase “May The Force Be With Us” in Aurebesh, plus a chenille patch of the Rebel Alliance Starbird, and R1, U-Wing Fighter and Red Leader patches. The other side has the word “SHORETROOPER” stencilled on, the Imperial logo, two AT-ST patches, an Imperial Starfleet patch, a patch for Scarif, and the word “Imperial” in Aurebesh multiple times (both stencilled and embroidered on the patches). Wear it so the side you’re with shows, and keep the other side a secret.

The tote bag is priced at US$69.99 each – ThinkGeek can ship internationally, which is great!

Loungefly Rogue One Rebel vs Empire tote bag – US$69.99 each 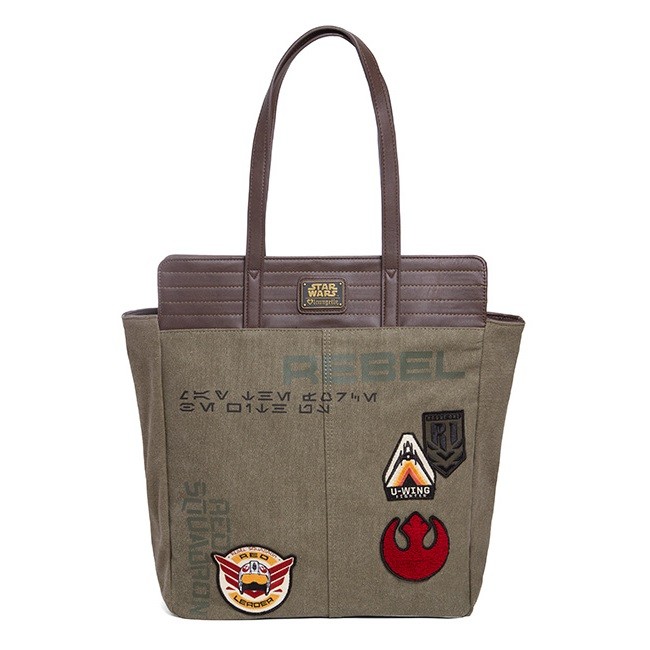 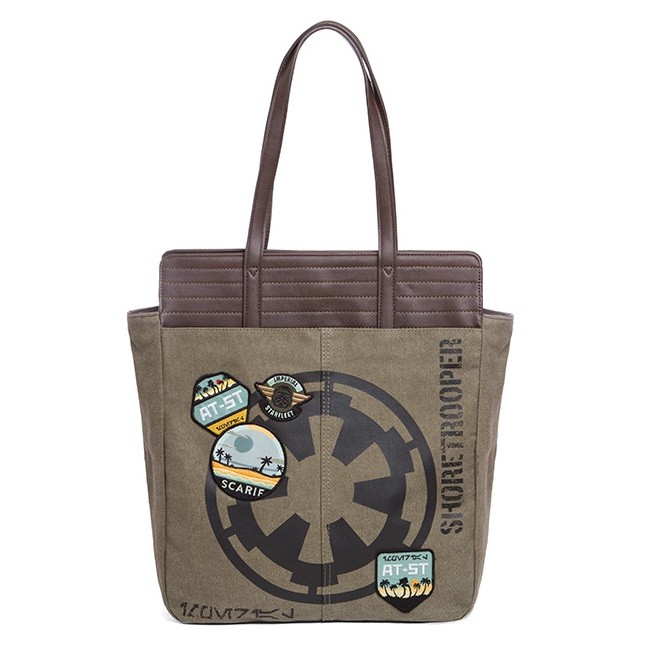 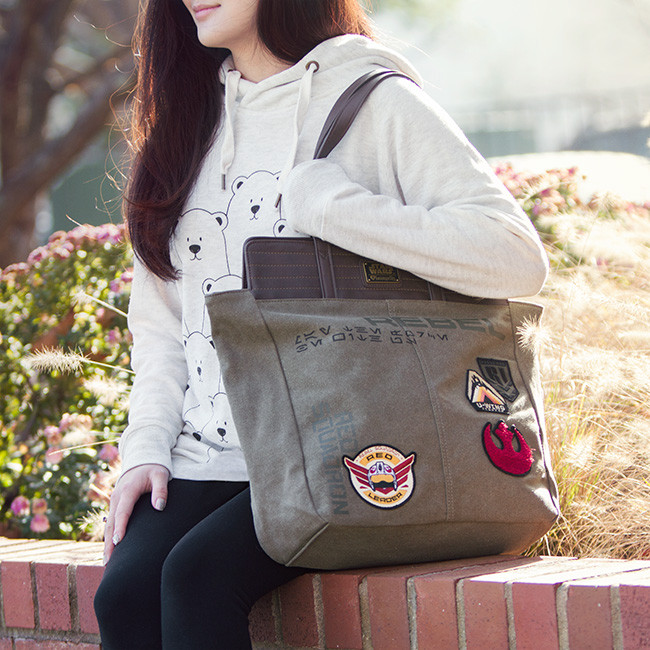 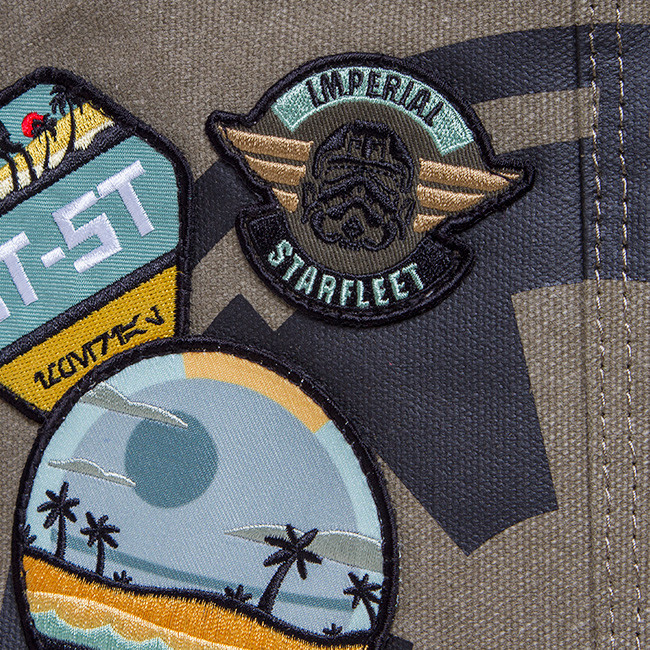 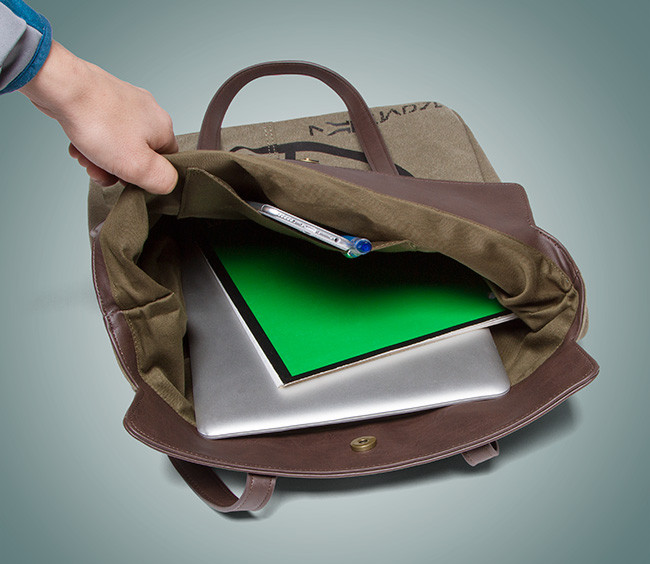 Photos  sourced from and belong to ThinkGeek.