Hot Topic posted a video from the recent Comikaze convention, which includes a look two items from the upcoming Her Universe collection which were on display. The Darth Vader dress was seen earlier in a short video from Ashley Eckstein and in the first promotion advert photo, but the second item on display was a Princess Leia dress! There was also a sign showing previews from the advert photoshoot – including what appear to be the BB-8 jacket, Darth Vader jacket, and a Boba Fett jacket!

I especially love the Leia dress – there have been a few Princess Leia ‘classic outfit’ dresses, but they all included a ‘hair bun’ hood. While hoods are useful and the buns were a fun touch – this is the dress I’ve always wanted, a real world fashion version I can wear anywhere. The subtle Star Wars chic that fans have been asking for – it’s on my shopping list for sure!

See the full video on Youtube (the Her Universe item display starts at 0.20/2.58) via Galactic Fashion 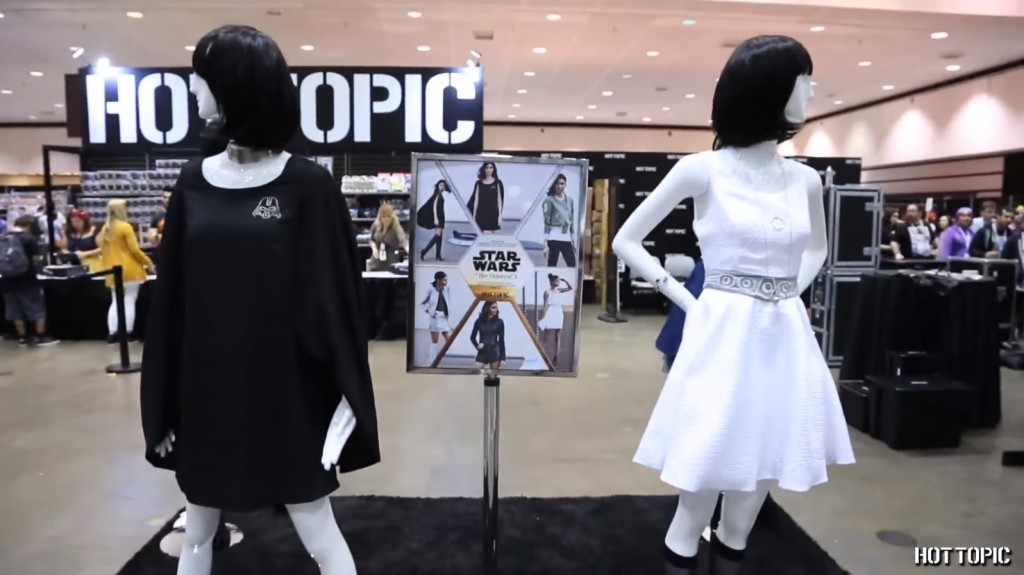 Photo sourced from and belongs to Hot Topic.