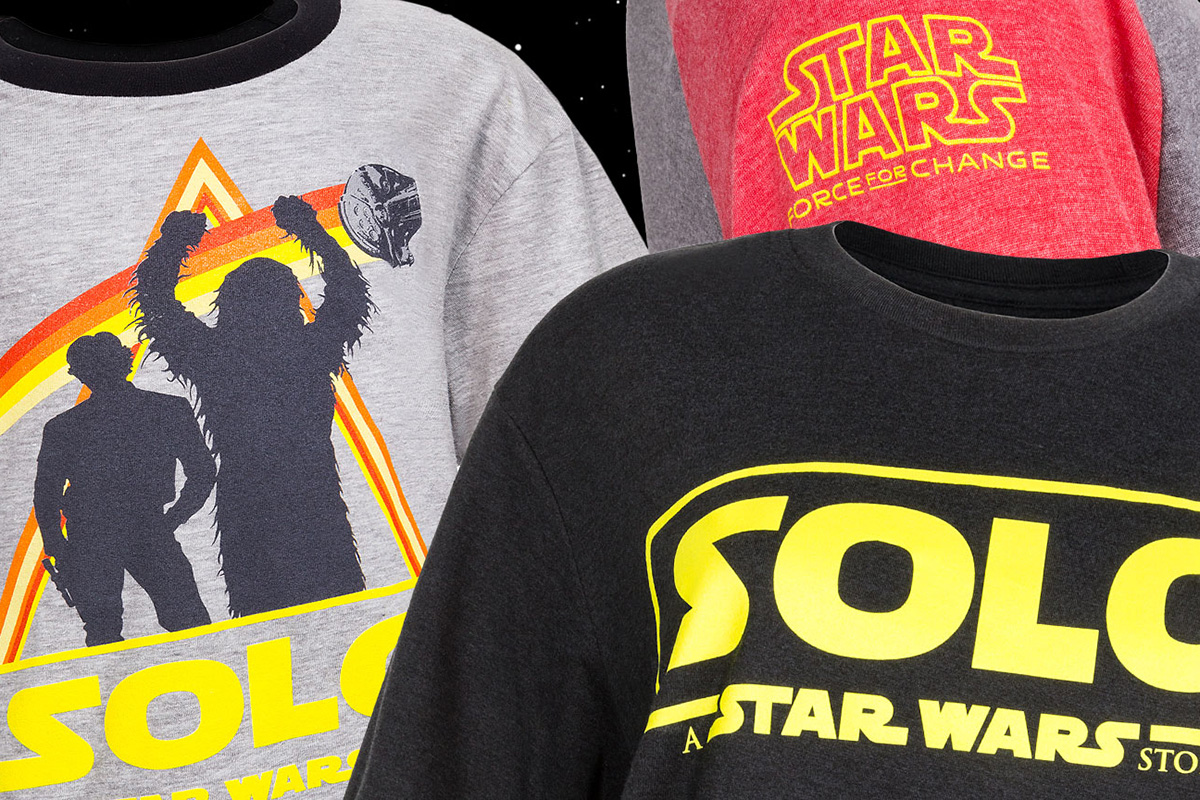 The Star Wars Show and StarWars.com have revealed new Force For Change t-shirts for the upcoming Solo: A Star Wars Story film. The range includes 3 three adult/unisex t-shirt designs, each featuring the Solo film logo. Two of the designs also feature artwork including the silhouettes of Han Solo and Chewbacca, with the Millennium Falcon flying overhead.

…Force for Change is returning to Disney Parks with Solo: A Star WarsStory shirts for adults and children, along with an exclusive pin. These are the first products for the film created especially for Disney Parks, and will be available through May 25, 2018. The Solo logo tee is currently on sale, and the cool new graphic tee featuring Han, Chewie and Falcon arrives this month…

The black t-shirt with yellow Solo logo was launched at the Disney Parks during Galactic Nights in December last year, and the two new artwork t-shirts will be also available at the parks later this month. 25% of the retail sale price of these t-shirts will be donated to UNICEF USA in support of UNICEF Kid Power. You can find these t-shirts at the follow US Disney Parks stores –

It is a shame that these won’t be available online at Shop Disney or the Shop Disney Parks app, for those of us who can’t visit the US Disney Parks – but that is the usual release method for Force For Change x Star Wars apparel. They also are only available in adult/unisex sizes, not women’s – which is a shame, but the ringer tee looks good on The Star Wars Show host Andi! I hope we’ll see more Solo fashion revealed soon!

Read more at StarWars.com and the Force For Change Star Wars blog 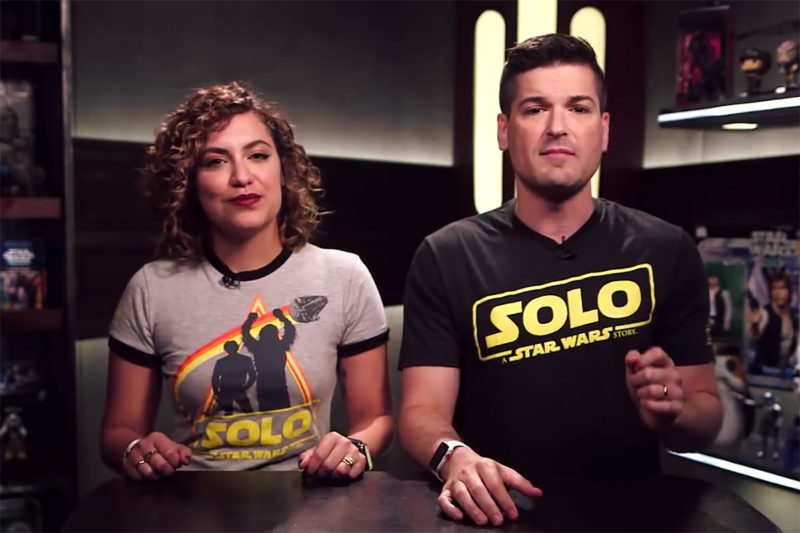 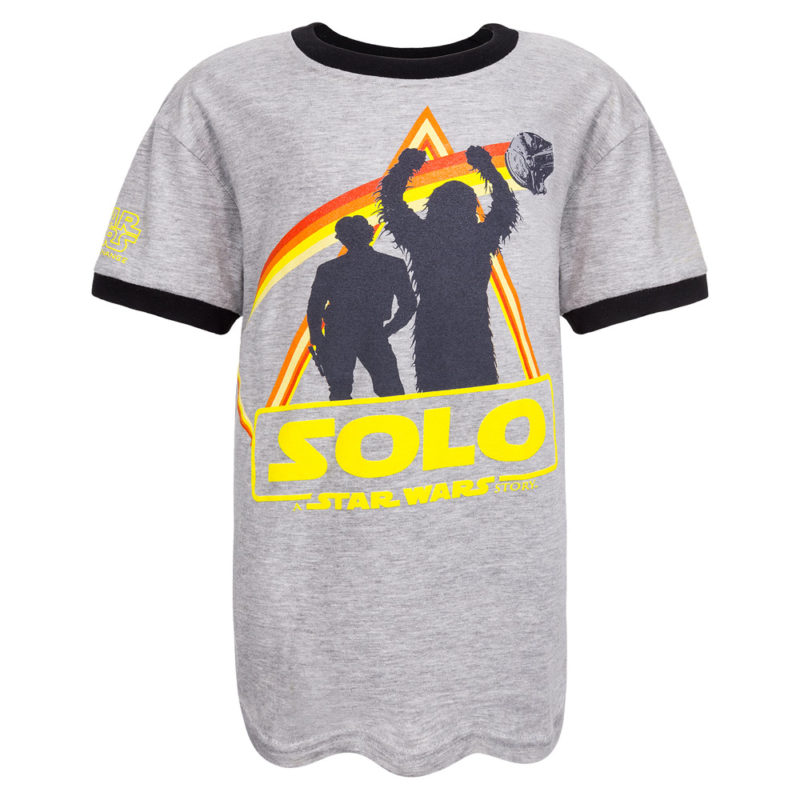 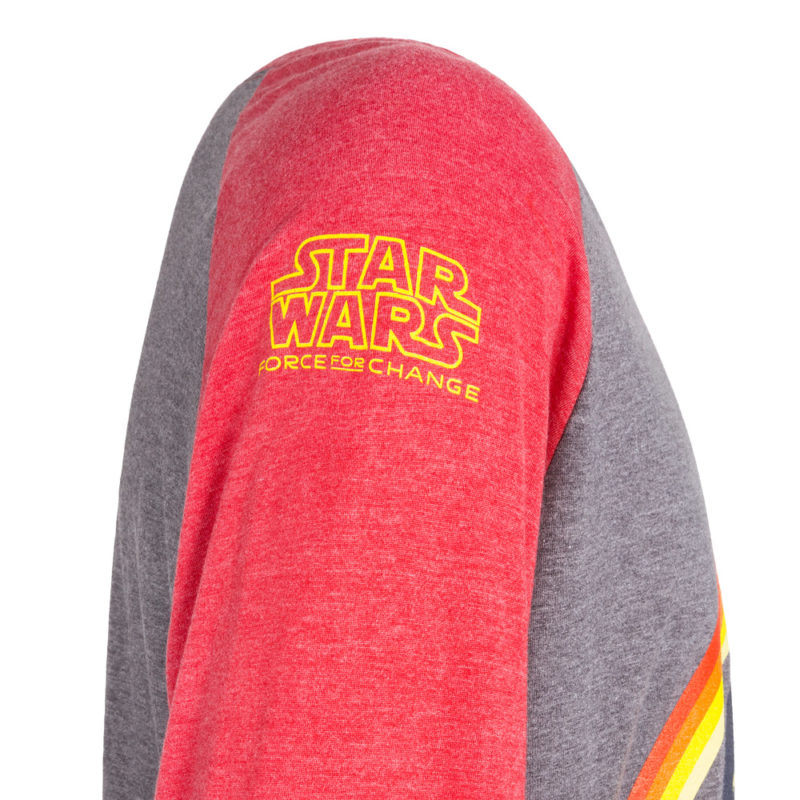 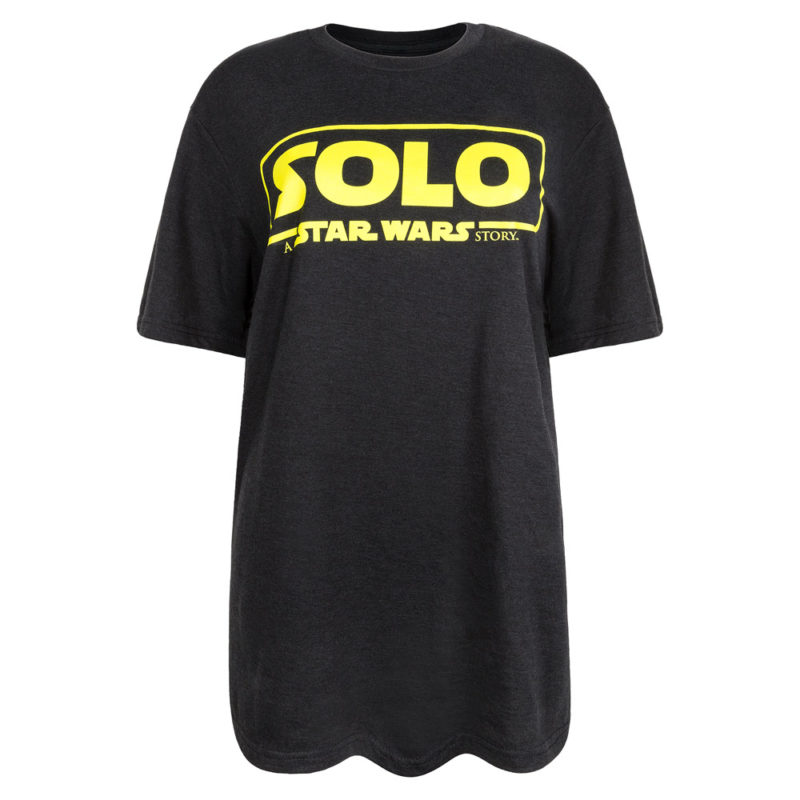 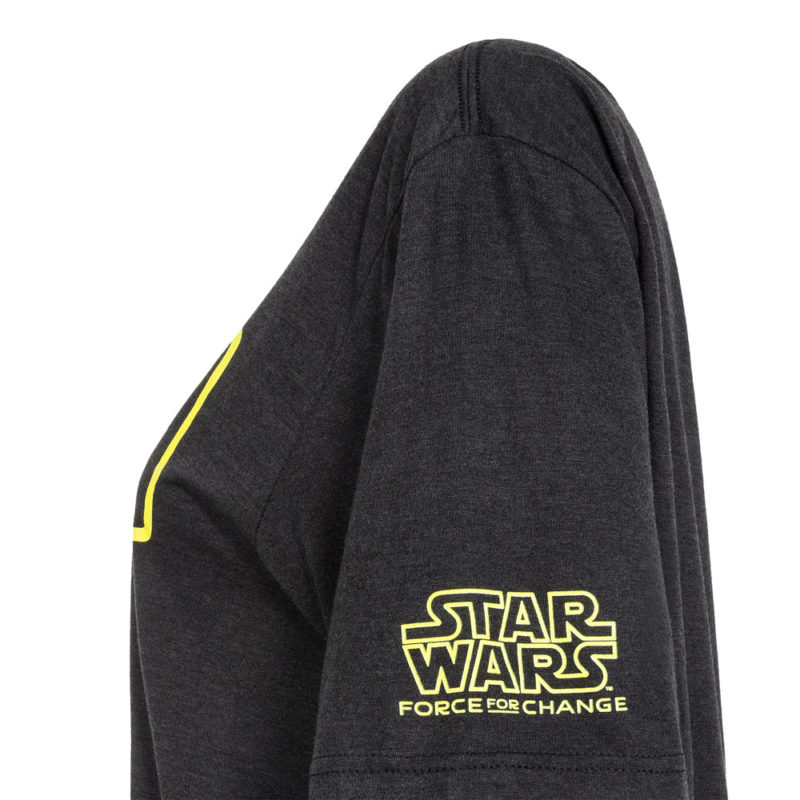