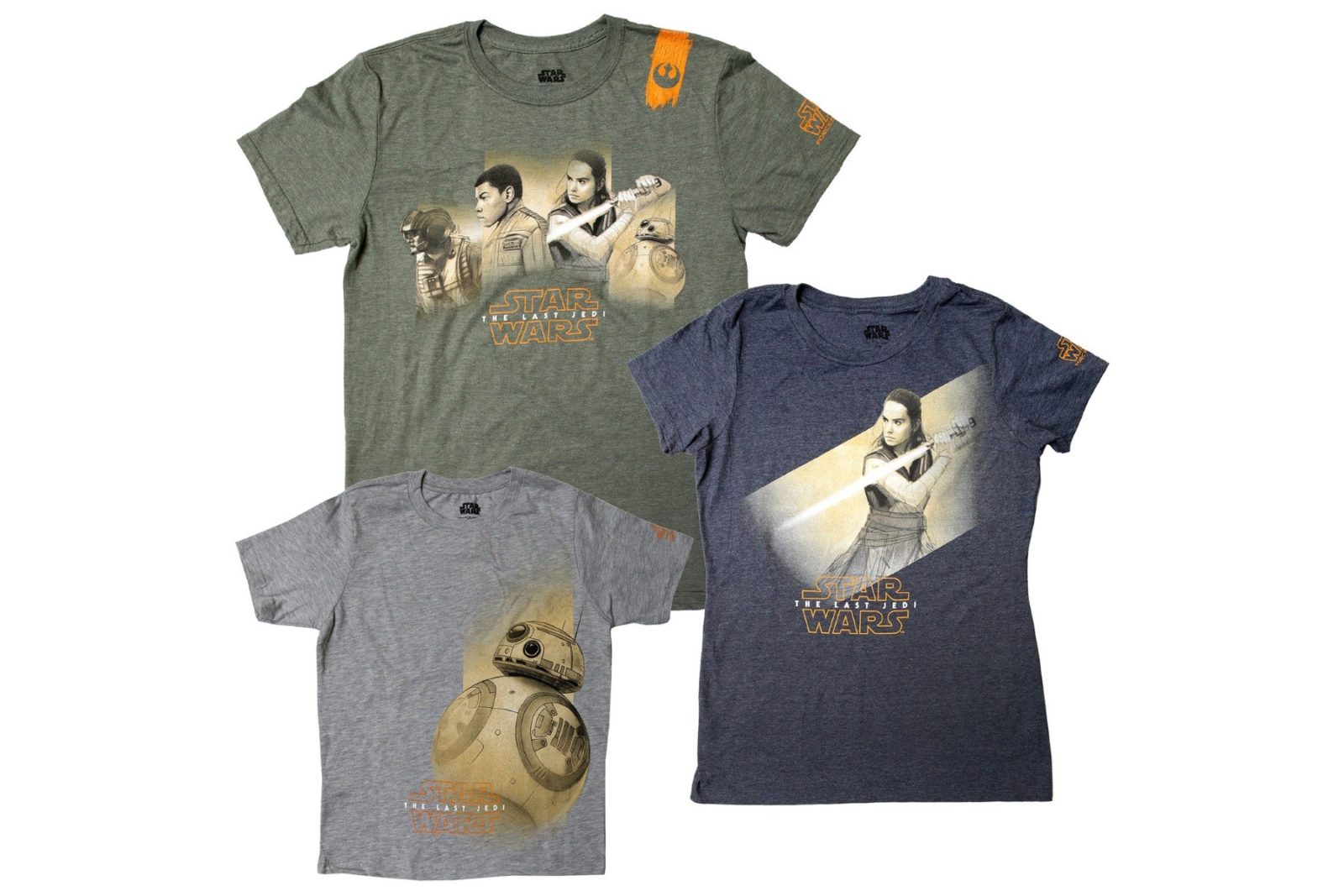 Exciting news! Force For Change is releasing The Last Jedi apparel! Launching at Star Wars Celebration Orlando, the mini collection includes a men’s t-shirt, women’s t-shirt, children’s t-shirt, and pin. Each features a sketch-style artwork of characters from The Last Jedi, including Poe Dameron, Finn, Rey, and BB-8. Unfortunately the artwork doesn’t mention the artist, I hope whoever created the fantastic artwork will post publicly.

I am so excited to see that the women’s tee features Rey! The amazing artwork depicts Rey as we will see her in The Last Jedi, complete with new hair style, lightsaber, and new costume!

Twenty-five percent of the retail sale price from each of these products will be donated to the U.S. Fund for UNICEF in support of UNICEF Kid Power, a program that uses the world’s first WEARABLE-FOR-GOOD to give kids the power to get active and save lives by earning points that unlock food packets for malnourished children around the world.

The t-shirts and pin will be available to buy at Celebration Orlando, at the Disney Theme Park Merchandise booth #3463. After the event, fans can purchase these items at selected locations at the US Disney Parks – as with previous Force For Change apparel, these items will not be sold on the Disney Store website or Shop Disney app.

Read the full article at StarWars.com 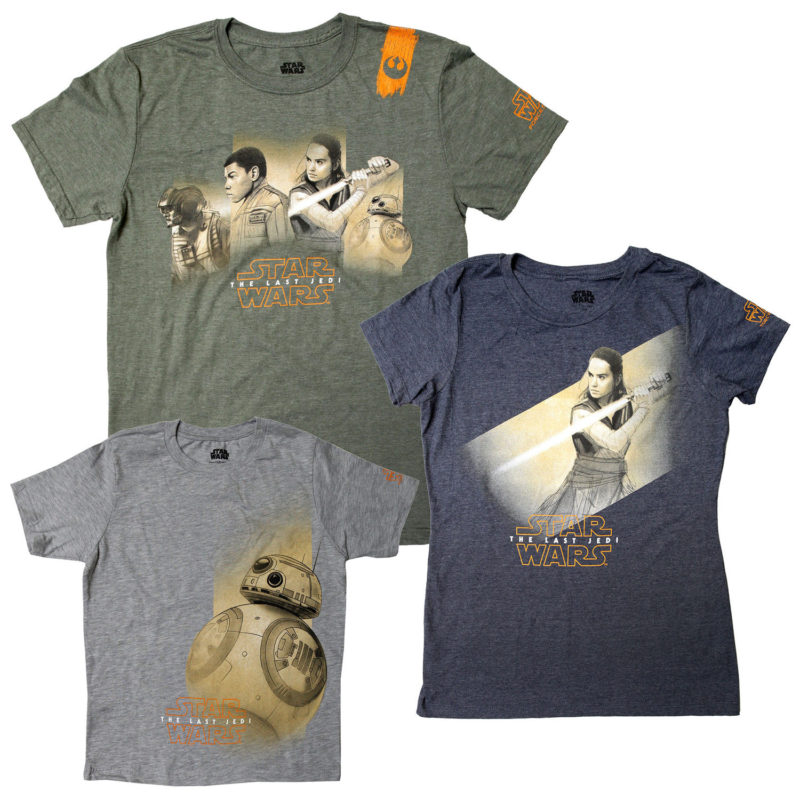 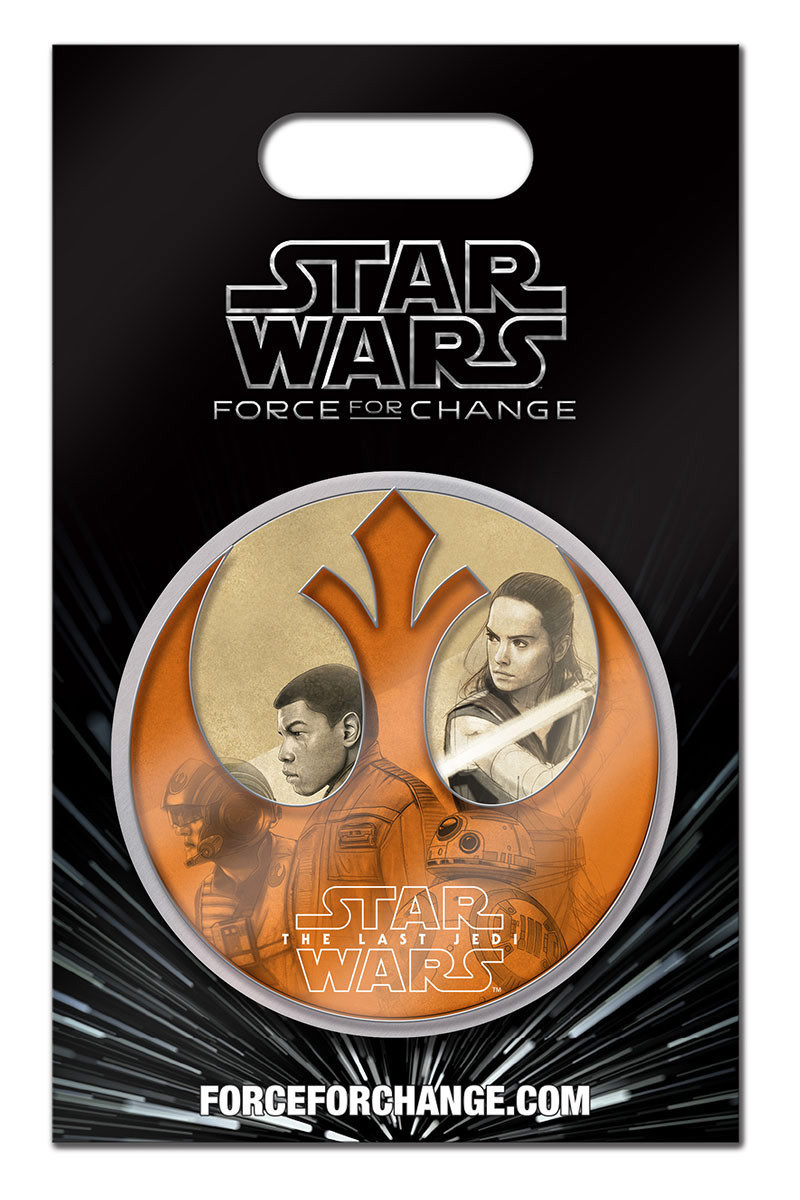