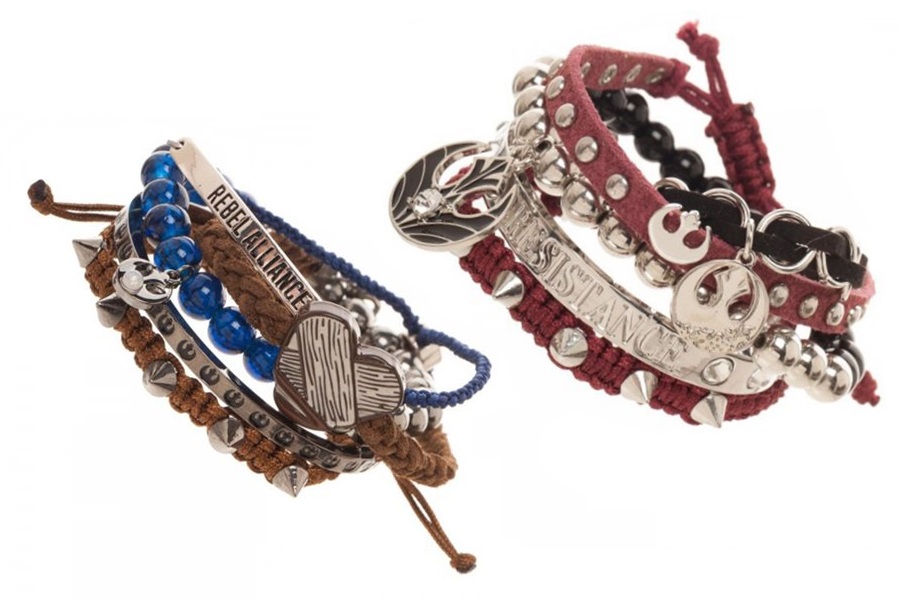 These Star Wars cluster bracelet sets are available for pre-order at Entertainment Earth. Made by Bioworld, the sets are inspired by the Rebels of the new Star Wars films. The first is a blue and brown themed set inspired by The Force Awakens, while the second set features a burgundy and silver-tone colour scheme inspired by The Last Jedi. Both sets include Rebel Alliance/Resistance ‘starbird’ symbol charms, accent beads and braids.

Show your support for the Resistance by wearing this Star Wars: The Force Awakens Arm Party Bracelet Set wherever you go. Inspired by the epic 2015 film, it includes the words “Rebel Alliance,” a charm shaped like the Rebel symbol, and more!

Wear your rebellious nature on your wrist, so to speak, with this terrific Star Wars: The Last Jedi Rebel Arm Party Bracelet Set featuring the symbol of the Rebellion, the word “Resistance,” and more!

The bracelet sets are priced at US$17.99 per set – Entertainment Earth can ship internationally. Please note these are pre-order items, with stock expected in January 2018. 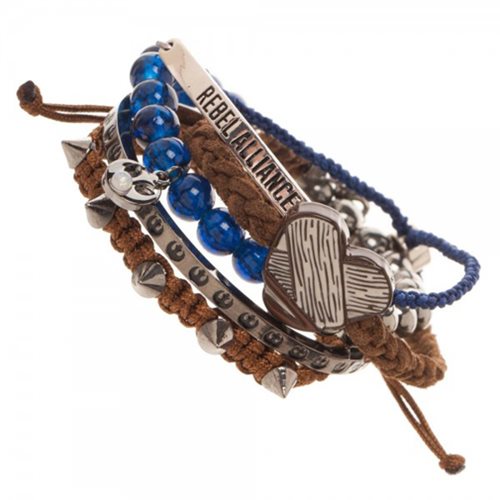 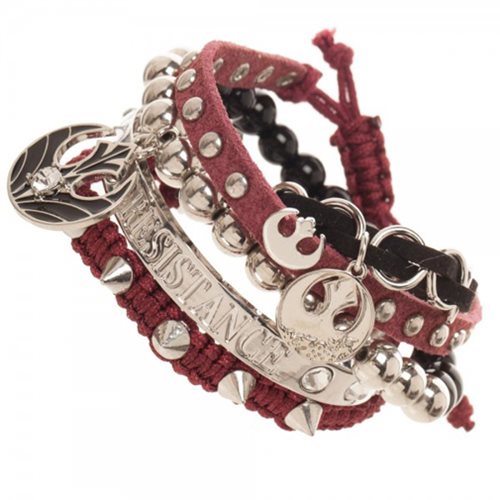 Photos sourced from and belong to Entertainment Earth.