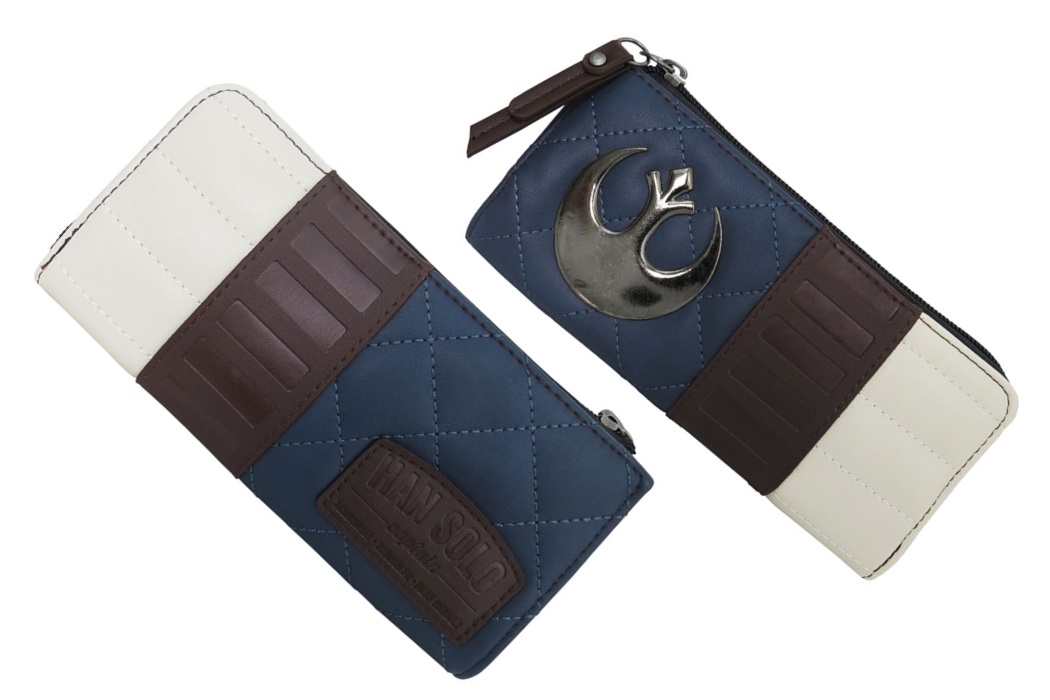 The women’s Bioworld x Star Wars Hoth Han Solo wallet is now available at SuperHeroStuff. Inspired by Han Solo’s outfit on Hoth in The Empire Strikes Back, the women’s zip around style wallet is made from faux leather and features a silver-tone Rebel Alliance symbol on one side, and a Han Solo patch on the other side.

The outside simulates Han’s jacket and pants with diamond-stitched, navy-blue material and rectangular whites, separated and layered by an indented, leather-simulated blaster belt!

One side of this Han Solo wallet for women features a raised and metallic Rebel symbol measuring nearly 2.5″ across and 2.25″ high. ‘Side 2’ features a stitched, leather-like tag denoting Han Solo’s rank and previously held positions.

The wallet is priced at US$29.99 each – SuperHeroStuff can ship internationally, which is great! 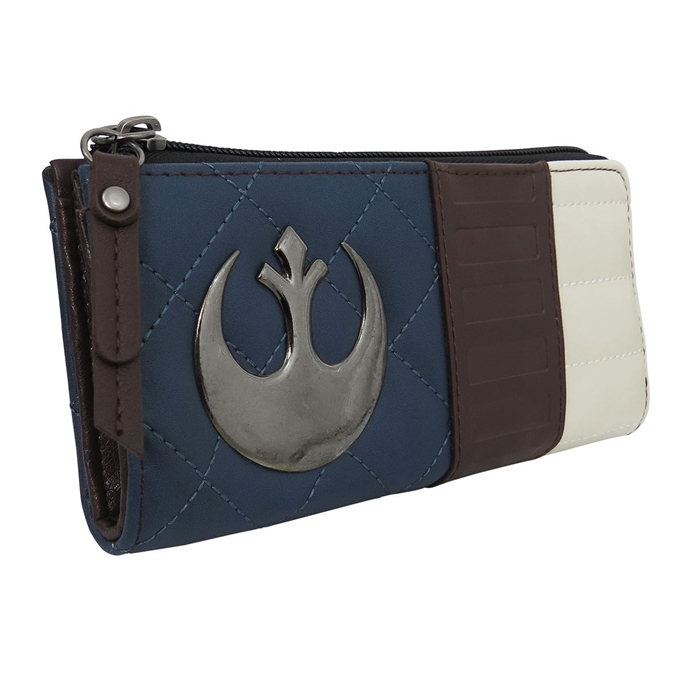 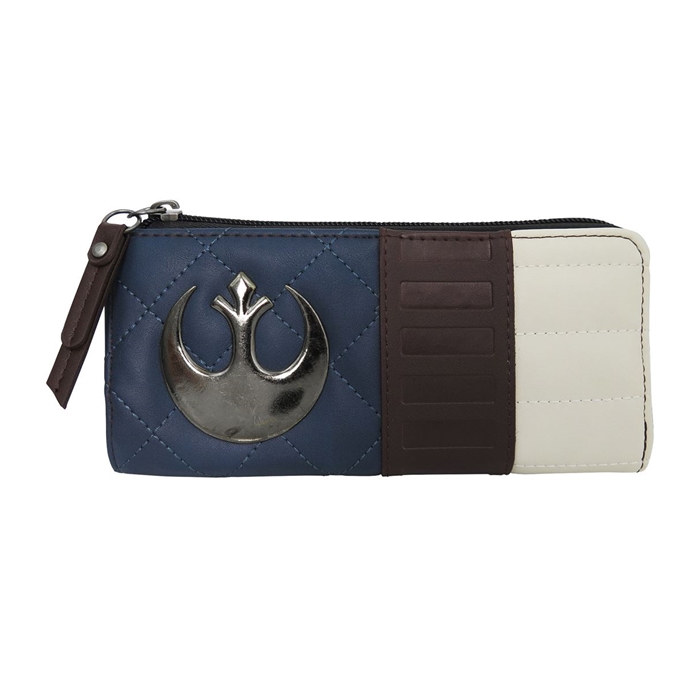 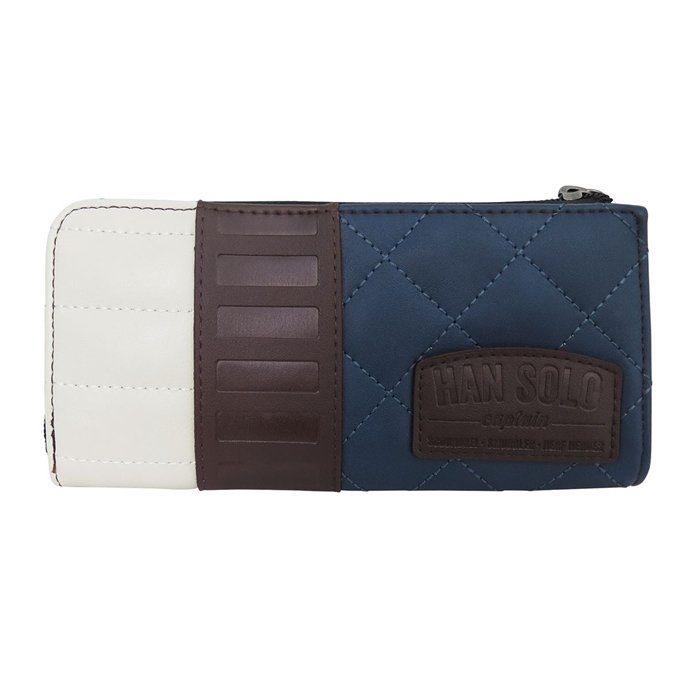 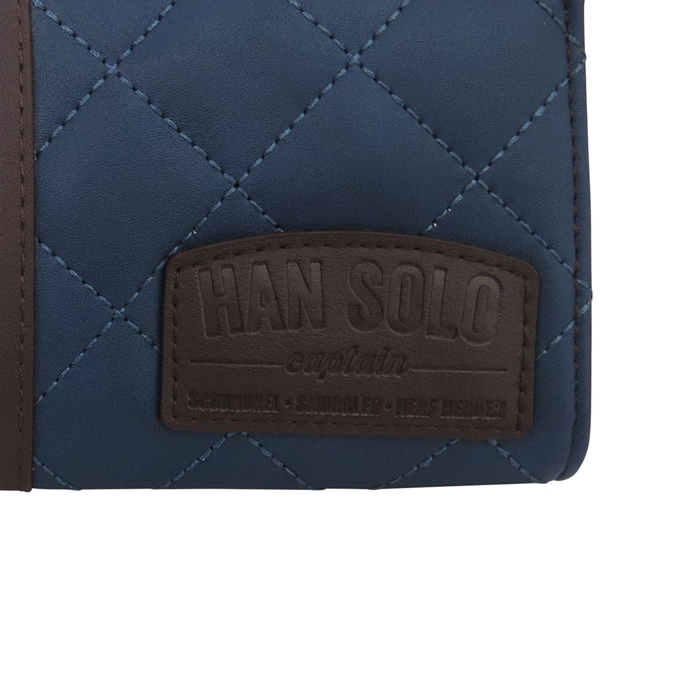 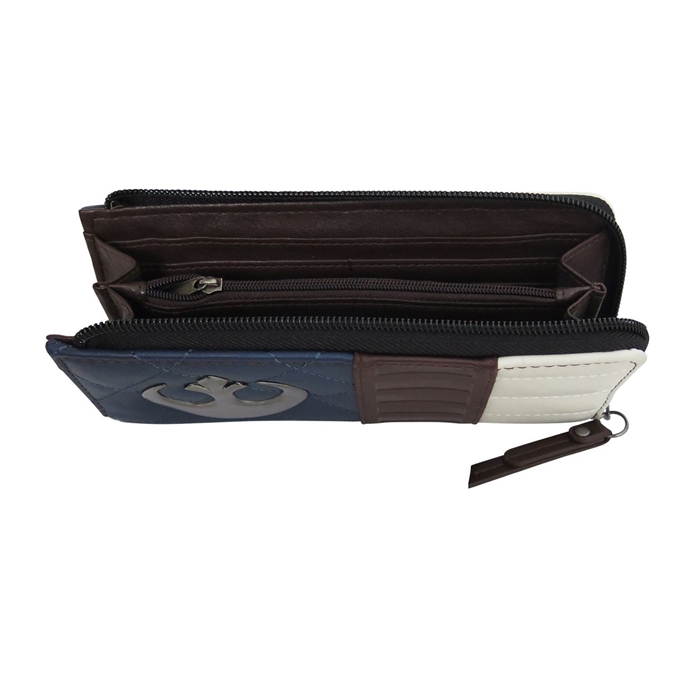 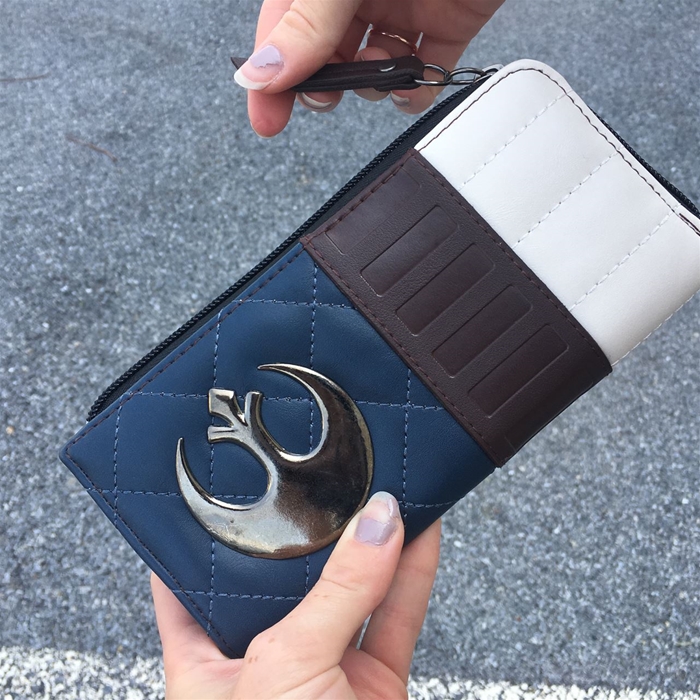 Photos sourced from and belong to SuperHeroStuff.