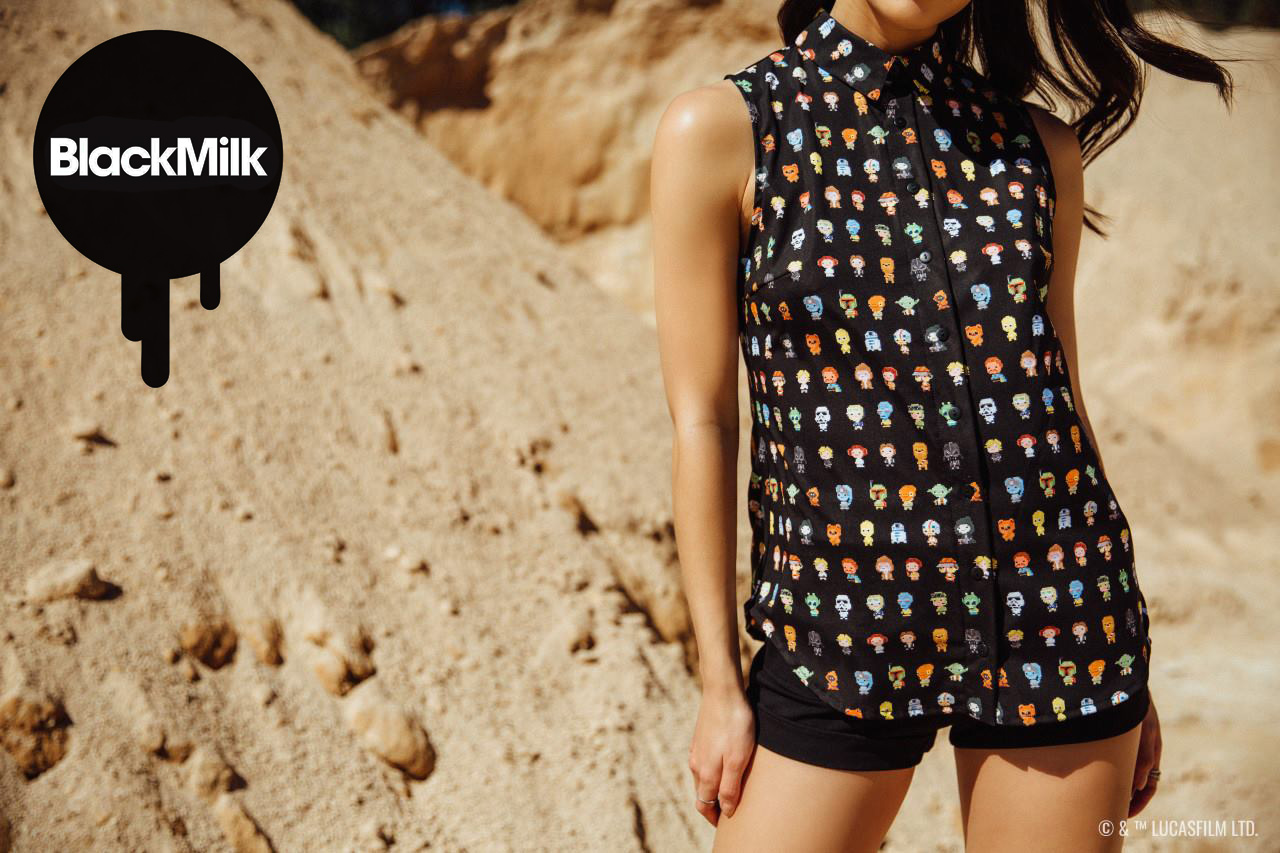 Fans of the old Star Wars app game ‘Tiny Death Star’ will recognise the cute ‘8-bit’ style artwork used for the shirt. There are so many Star Wars characters featured in the design, including Princess Leia, Han Solo, Luke Skywalker, Darth Vader, and many more.

I absolutely adore the bright and colourful comic art print used for the shorts! Those definitely need to be in my wardrobe!

The all time best Star Wars character is….

Black Milk Clothing will be releasing more sneak peaks in the next week – the collection will launch 7AM AEST, 18th September 2018 – that’s only days away! With such short notice, I really hope there won’t be limited pieces, giving fans the chance to grab their favourite designs – they ship internationally!