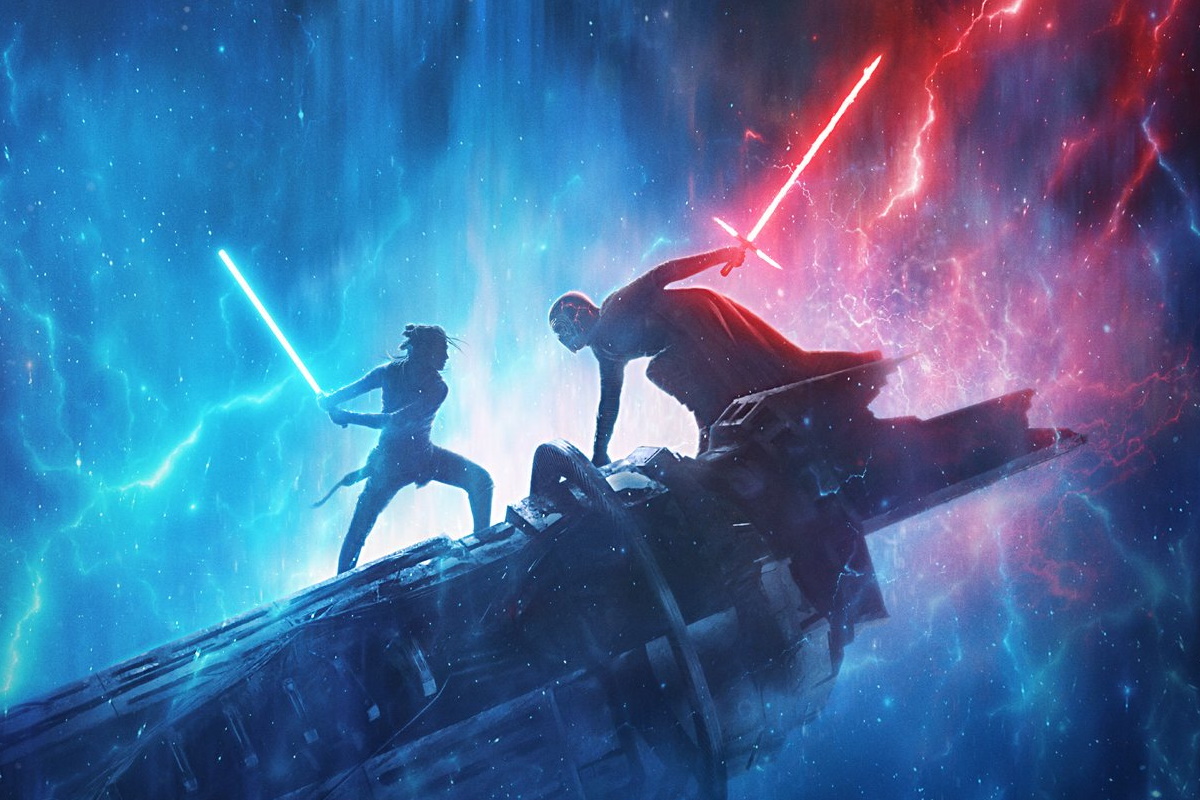 If you haven’t – or don’t want to – see the new Star Wars The Rise Of Skywalker sizzle reel from D23 Expo, don’t continue reading!

The sizzle reel celebrated The Rise Of Skywalker as the epic conclusion to a long saga of stories, with a montage of footage from the eight films in the Skywalker Saga, before getting to new footage from Episode 9.

It is neat to see Rey with Chewbacca, Finn, Poe, and C-3PO all together. Rey was separated from the Resistance for most of The Last Jedi, so it’s great to see her alongside her friends again. I absolutely adore her new pale costume – very reminiscent of the beige tunics of the prequel-era jedi!

I love this little clip of Rey in a forest, throwing her lightsaber towards a training remote. This doesn’t reveal anything plot-wise – we have already seen Rey practicing with a lightsaber on Ahch-To in The Last Jedi, but this time she is using the Force to propel the lightsaber, and taking down a few trees in the process.

We also get a short clip of General Leia Organa, with a new outfit. Honestly, I’m not emotionally ready to see Carrie Fisher as Leia one last time. Of course I am so happy that she will be there, my heart would be crushed if Leia had been written out without a proper story finish, but I know I will be crying every time I see her on screen. Forever My Princess.

Then of course, we finally get to the big reveal – Dark Side Rey with red lightsabers! I had read the reports from D23 Expo attendees about this footage, and it is simply amazing! I won’t speculate on what this footage could mean for the story – I’m just basking in the awesomeness!

Fans have pointed out that her double-bladed lightsaber transformation is the same as the lightsaber used by the Jedi Temple Guardian in this clip from Star Wars Rebels! How awesome is that?! I already want this lightsaber – will we see it for sale at Galaxy’s Edge at the Disney Parks alongside the other legacy lightsaber props? I hope so!

The sizzle reel didn’t include as much new footage as I’m sure most of us were hoping for, but I can appreciate the tricky balance of showing too much or not enough leading up to a film like this! December can’t come soon enough!

Check out a full screen-cap gallery at SWNZ, and watch the full clip below –