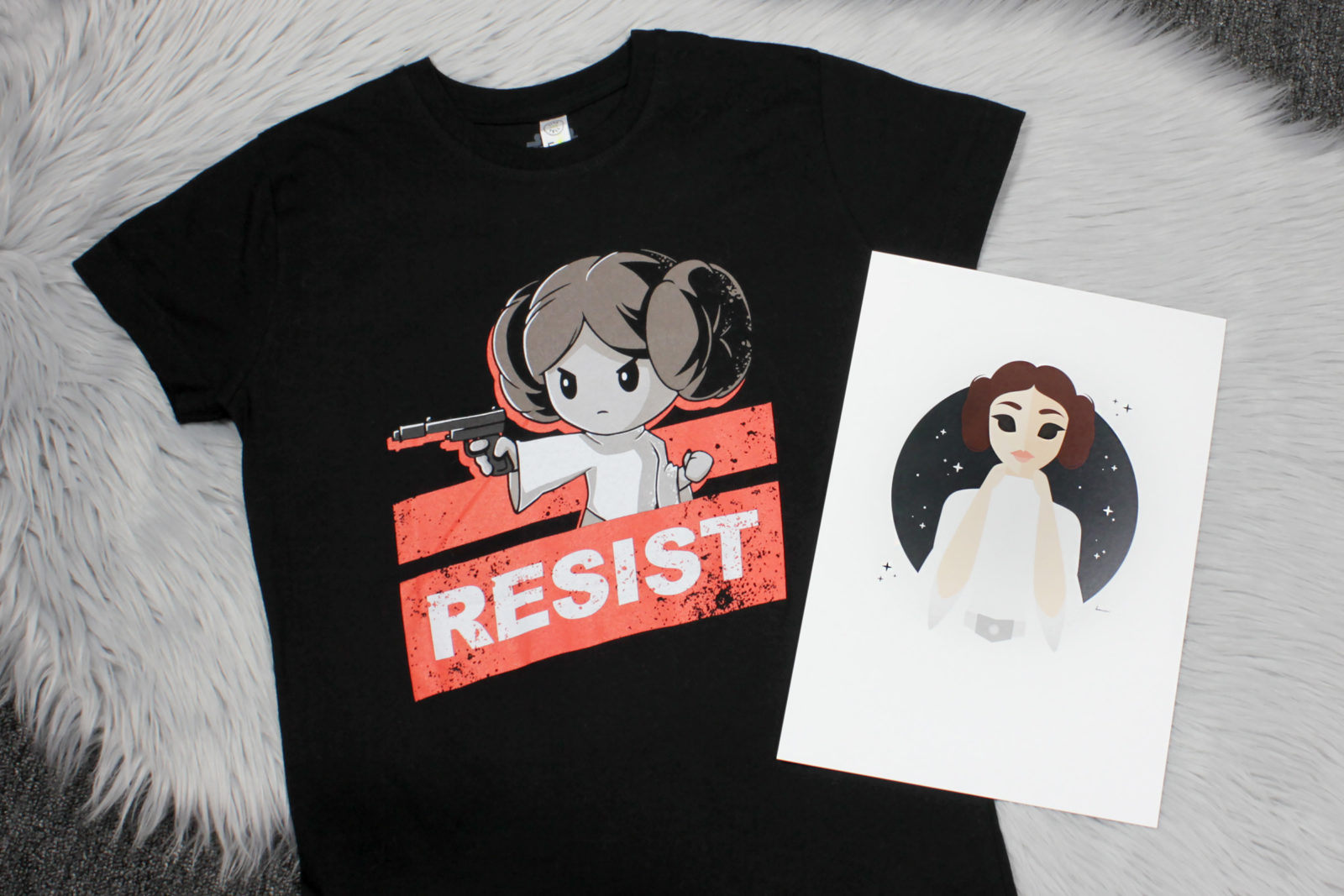 This past weekend the Armageddon Expo convention was held in my hometown of Auckland – it is our largest geek convention here in New Zealand, held annually. I attended as part of the media, and was delighted by the array of Star Wars guests, fashion, and collectibles available this year. Here’s what I picked up over the weekend – check out my personal blog Villa Varykino for more photos soon too.

I am truly a collector at heart, I can’t help myself when I find things I like at conventions. Every year I tell myself I’ll only buy a few special items, which I really try to stick to – but this year the booths really exceeded my expectations, there was just so much great Star Wars stuff to see and buy.

We don’t get Star Wars guests often, New Zealand is just so far away from everywhere. This year – we were thrilled to have not just one, but four Star Wars voice actors attending Armageddon Expo! As we are big Rebels fans, it was great to add these fantastic voice actors to our Star Wars autograph collection.

We attended panels for each voice actor, and really enjoyed chatting with them at the autograph tables – Sam Witwer even did the Darth Maul ‘Kenobi!’ scream during his panel! My family are all daily players of the Star Wars The Old Republic mmorpg video game, in which Steve Blum voices the announcer for the pvp game Huttball, something we hear almost daily – so it was great to get his signature on a SWTOR pic too.

Flipping through the book of designs available, I spotted this women’s Princess Leia t-shirt marked as a convention exclusive, so of course I had to get it – I couldn’t resist, lol. I just love the design, I am so happy TeeTurtle are bringing their cute Star Wars apparel to NZ conventions.

I love collecting Star Wars art, so I was very excited to see Kelly McMahon at Armageddon Expo again. I bought beautiful Rey and Leia prints from her booth last year, so I immediately grabbed these two new versions, they are just so pretty! I want to get all four prints framed in a matching style so I can hang them in my living room.

I’ve wanted the Millennium Falcon earrings for ages, I’m so happy to find them for a good price locally (I already have the Rebel symbol earrings from the same collection and love them). I put on the R2-D2 ring as soon as I bought it, and wore it for the rest of the day.

I’ve had my eye on this gorgeous Princess Leia mug for ages, but as I don’t drink coffee or tea, I can’t really justify spending too much on a mug I won’t use for drinking. I was so excited to see this mug for nearly half price at the Mighty Ape booth – perfect for someone who just wants pretty Leia things for her bookshelf.

I also found the Black Series 6″ Jaina Solo figure at the Mohock Collectibles booth – it’s hard to be a Black Series collector in New Zealand, many waves just don’t make it here, including this one. I grabbed Jaina as soon as I saw her, and she was half price too! Such a great find.

Lastly, I picked up a few Funko Pop! Vinyl figures on sale – Ahsoka Tano, General Leia, Gold Princess Leia, and young Jyn Erso. I try to collect as many female Star Wars character Pop Vinyls as I can, but they are expensive here compared to the US (and Star Wars fashion tends to take priority for my spending, as you can imagine), so it was great to get these for a great sale price from EB Games, Retrospace, and Mighty Ape.

Overall, I had such a fanastic time at Armageddon Expo this year, and we’re already making plans for next year. The perfect event to kick-start the countdown to the premiere of The Mandalorian and The Rise Of Skywalker!