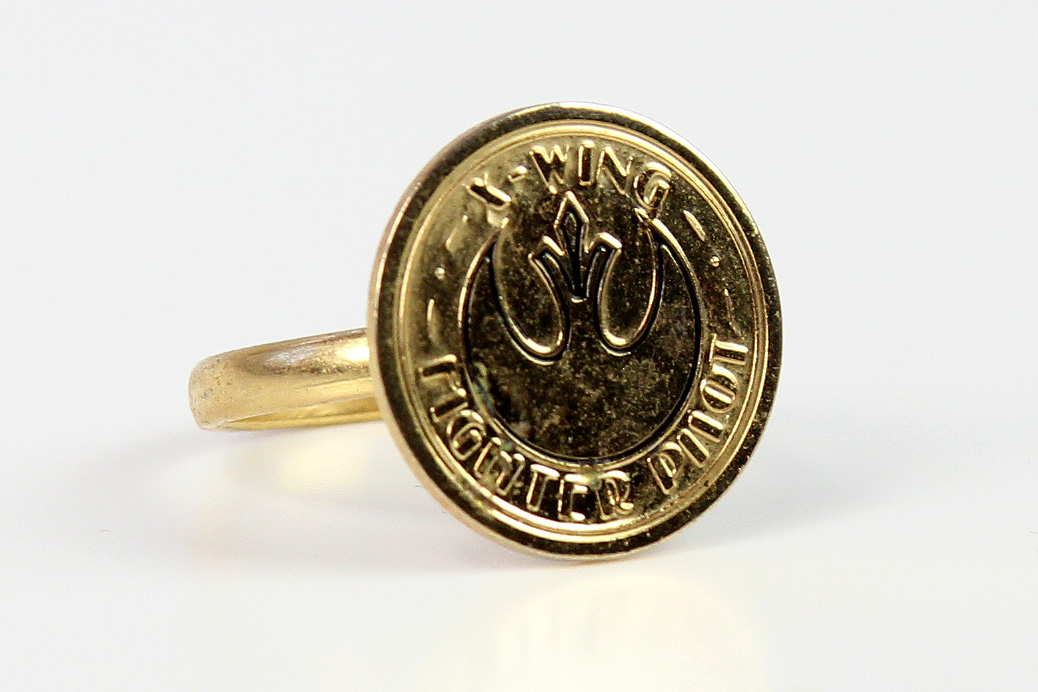 Today’s review features the Star Wars vintage ROTJ X-Wing Pilot ring from 1983. While there were six different rings made for A New Hope, another six rings made for The Empire Strikes Back, there was only one ring made for Return Of The Jedi. In 1983 the Star Wars jewelry license was held by Adam Joseph, releasing only one ring in their collection. I picked one up on ebay for US$15 (loose, without the jewelry backing card), which is a little higher than the average price of the other licensed rings from the earlier two films.

The ring is gold toned, with an adjustable band. The circular design features the text ‘X-Wing Fighter Pilot’ around the Rebel Alliance symbol. The band overlaps directly behind the ring head, so opening up the band too widely would expose the gap on top of your finger when worn. I do prefer this overlapping method over the ‘forked’ style of the Wallace Berrie ESB rings, but the overlapping portion works better under the finger (like the Weingeroff ANH rings), rather than above. 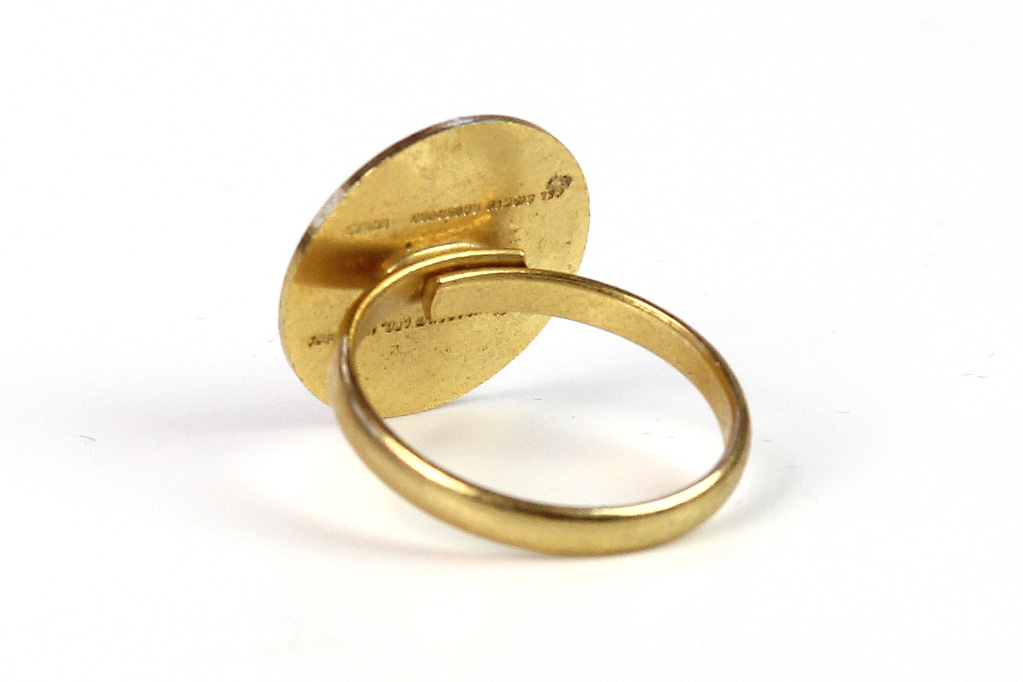 The internal diameter is 16mm, a little larger than the other vintage rings, so would require less adjustment to wear. The back is stamped with ‘TM & (c) Lucasfilm Ltd (LFL) 1983 All Rights Reserved Taiwan’. The ring matches a necklace from the same collection, measuring approximately 10mm across the face (compared to 19mm of the necklace pendant). This item is more for my collection of vintage Star Wars fashion, rather than everyday wear – this ring is in good condition, with some minor tarnishing, as you can expect with age, though I do hope to find one in better condition. 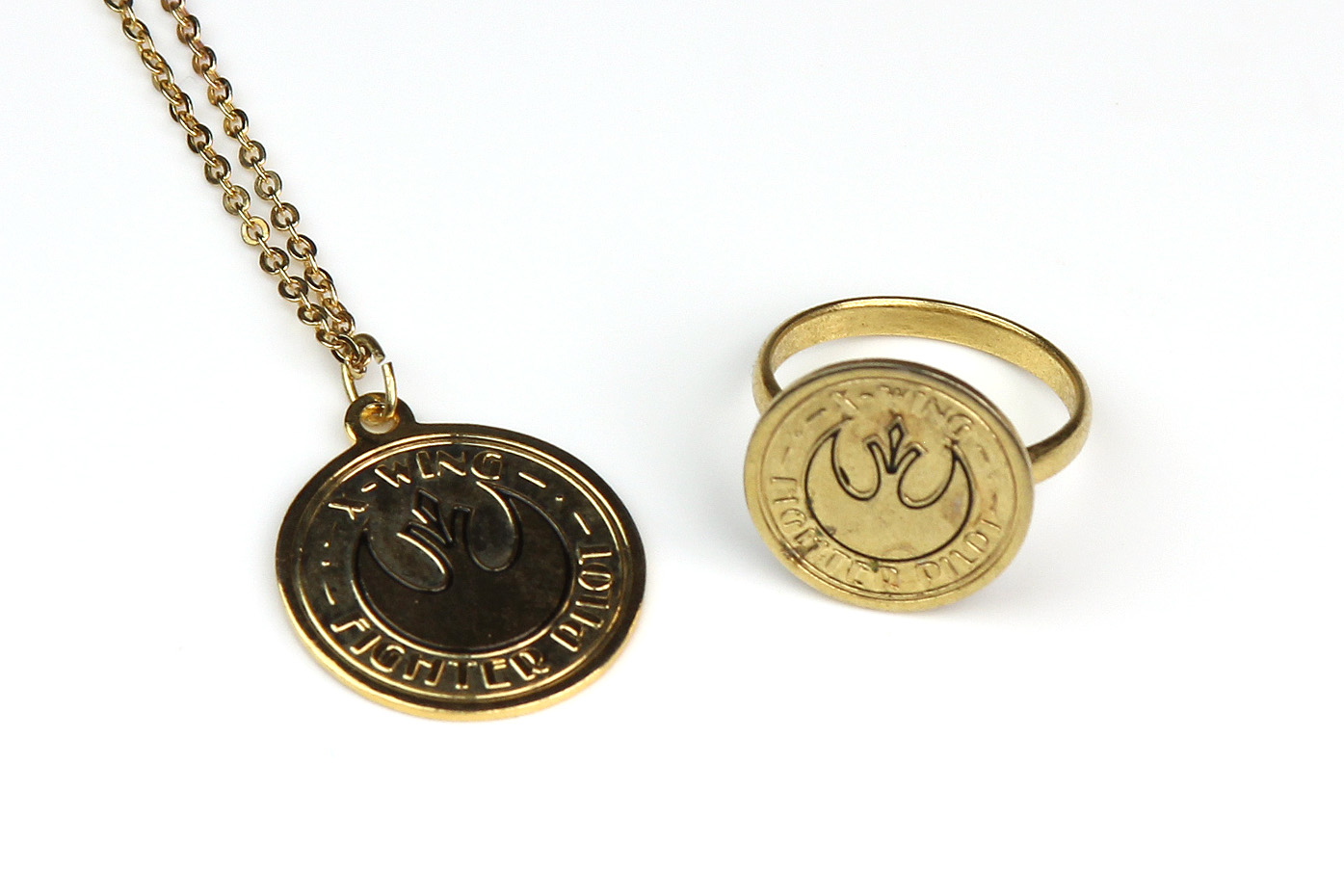