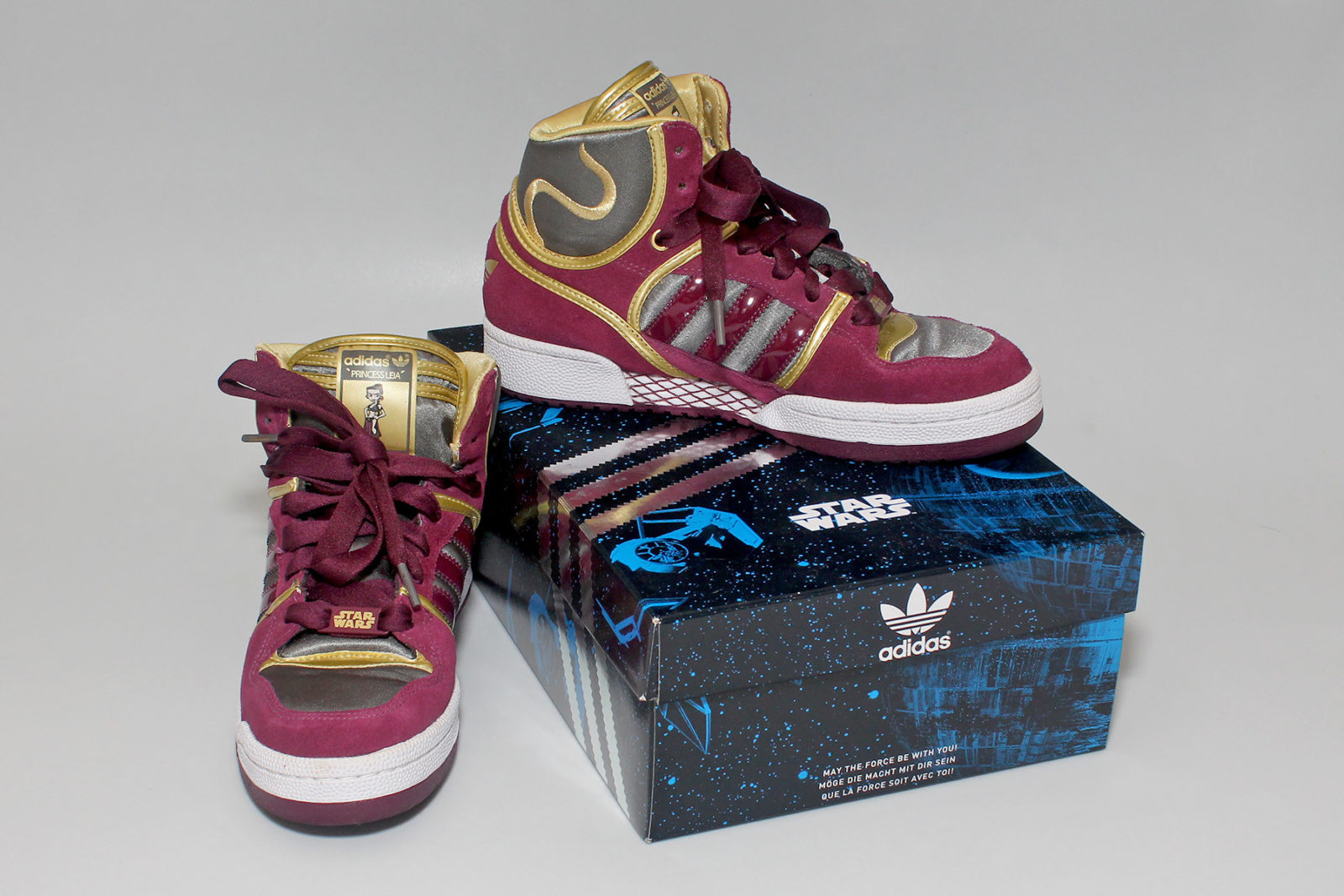 In late 2009 Adidas previewed their first Star Wars collection of shoes, but unfortunately only released one style in women’s sizes (I have small feet, men’s shoe sizes don’t go small enough for me). I was excited to see that they had chosen Leia’s metal slave bikini from Return of the Jedi as the theme, and I knew I had to have a pair.

In early 2010 they were released for sale in Adidas stores – at the time there wasn’t one in my city, so through the help of a wonderful friend who worked close to a store, I was able to get a pair in my size. They came in a nice branded cardboard shoe box, unlike some of the other styles which came sealed under plastic on a backing card like action figures. 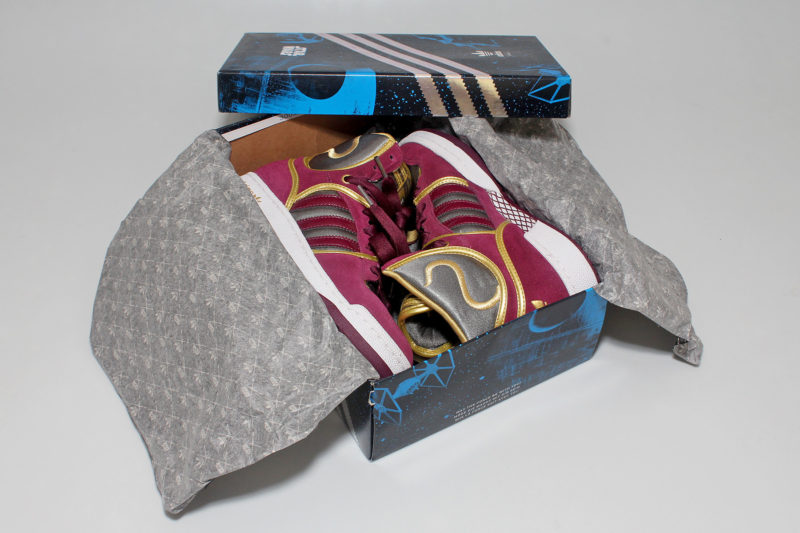 I have only worn them once – as a collector I sometimes find myself torn between using/wearing and preserving Star Wars items! They are very comfortable and always get comments. They are no longer made, but do show up on eBay from time to time, though usually at much higher prices than the original retail price of US$80. 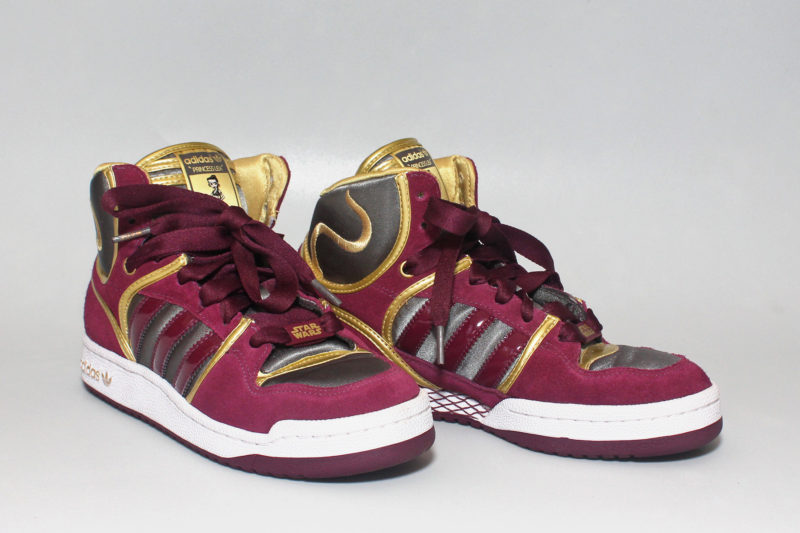 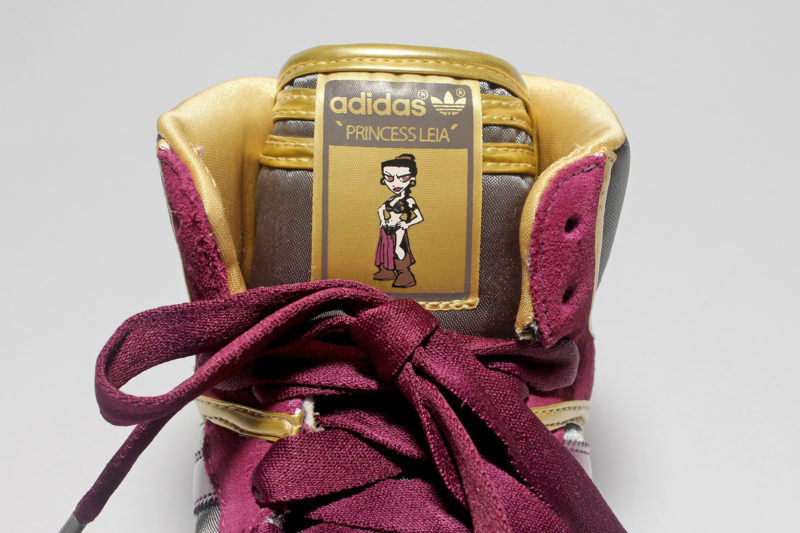 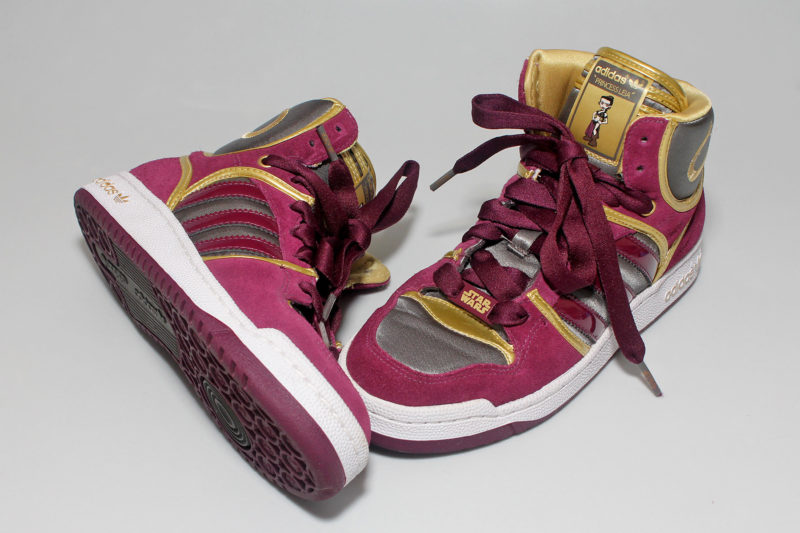